TAKE A LOOK | KFC turns 50 in SA this year. Here’s how it started – with a safari visit KFC in South Africa turns 50 this year. With 960 outlets across the country, the fast-food chain is the largest franchise in SA. It also has 215 outlets in the rest of sub-Saharan Africa.

Globally, the fried chicken chain has over 23,000 restaurants in 140 countries around the world.

For its ‘Golden’ anniversary, KFC South Africa turned its first-ever restaurant gold overnight. It has also created a Golden Bucket scavenger hunt, which has South African fans hunting for up to R50 million in real gold tokens. That is a very, very long way from the original Kentucky Fried Chicken experience in South Africa, half a century ago.

It all started in the late 1960s, when the then CEO of KFC’s holding company visited South Africa on a safari with his family.

Here’s how KFC has evolved in SA over the years.

KFC opened its first branch in the country in Orange Grove, Johannesburg, in 1971. 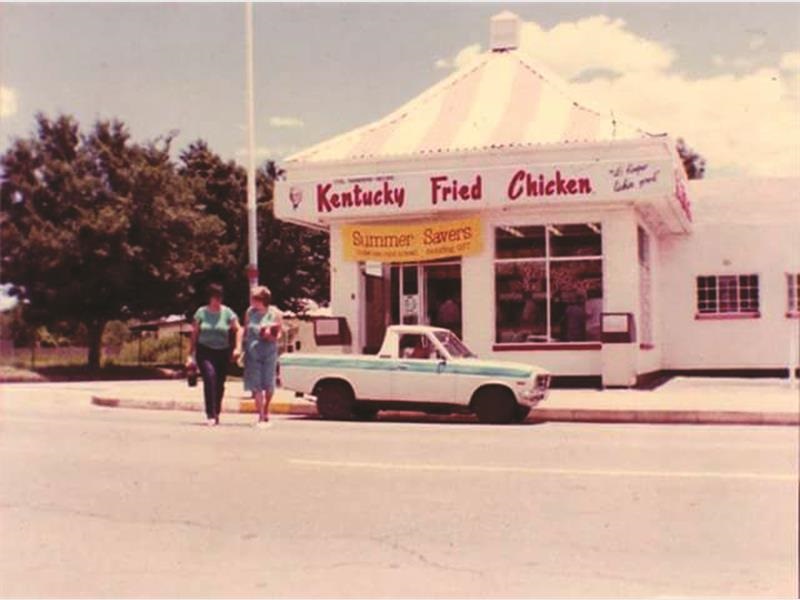 Here’s what some of the earliest menus in the country looked like, with a snack box for just 69c… KFC South Africa sells over 13,147km worth of chicken wings - enough to pave a road from Cape Town to London. The KFC Add Hope programme feeds 150,000 children every day, and its mini-cricket programme is the largest sports development initiative in the country.

Only chicken sourced in South Africa is used at local outlets. Some KFC ads have tugged at our heartstrings. Here’s one from 2011:

Over the years new flavours have been introduced, like the Chutney burger…

The company collaborated with another SA favourite Mrs Balls, to produce a chutney burger for Valentine’s month in February 2019. Reviews were mixed. But some combos are best left alone, like KFC chicken pops on pizza. Both Pizza Hut and KFC, which belong to Yum! Brands, are no strangers to experimental food offerings. The short-lived Double Down, which replaced burger buns with deep-fried chicken breasts, comes to mind. The KFC Chicken Pops Pizza is one such no-no.

Covid-19 has also left KFC without a slogan….

In August last year, the global group “paused” the use of its slogan -"It's Finger Licken' Good" – as public health authorities across the world warned people against touching their eyes, nose and mouth to prevent Covid-19 infection.

KFC recently tried on competitors’ slogans, such as Red Bull and MTN, for size.

The original recipe for KFC dates back to 1940, when it was first made by Colonel Harland Sanders in Kentucky in the US.

His secret recipe of 11 herbs and spices is still in use today. Sanders held a number of jobs in his early life, such as steam engine stoker, insurance salesman – he also worked at a petrol station. He first started selling fried chicken from the roadside restaurant in North Corbin, Kentucky, during the Great Depression.