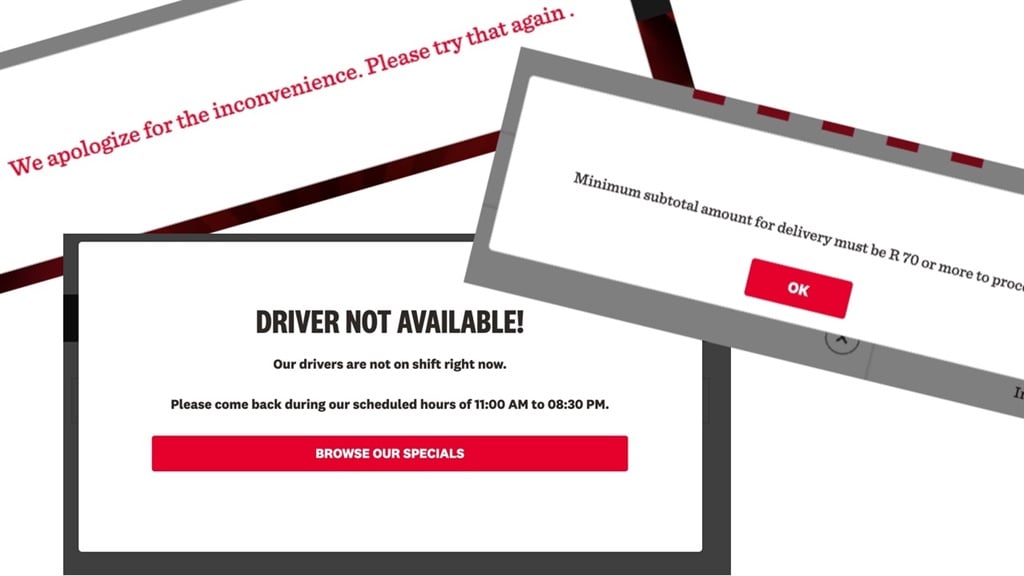 If you order food via a third-party delivery service such as Mr D or Uber Eats, you will pay more than if you walked into a store to buy the same thing. Not just for delivery either; many restaurants add as much as 30% to the price of each item to cover their payments to such delivery platforms, on top of what you pay to have a driver come to your door.

KFC is aggressively trying to break the dominance of those two food-delivery aggregators in the delivery market, and recently rolled out ordering over WhatsApp as part of its efforts.

Now it says it will have its own deliveries available from more than 420 KFC stores before the end of the year – and delivery will be free until then.

That should, in theory, make for cheaper fried chicken on call. We found the reality to be disappointing, though, with various glitches making ordering nearly impossible, even where it is supposedly available.

Here are some of the issues we found with KFC's free deliveries.

Free delivery comes with one standard catch: you'll need to spend at least R70 to get it. We found some stores that claim to start deliveries from 09:00 – but were still making that claim after 10:30, while not actually being open to orders.

... or, in surprisingly many major centres, at all. 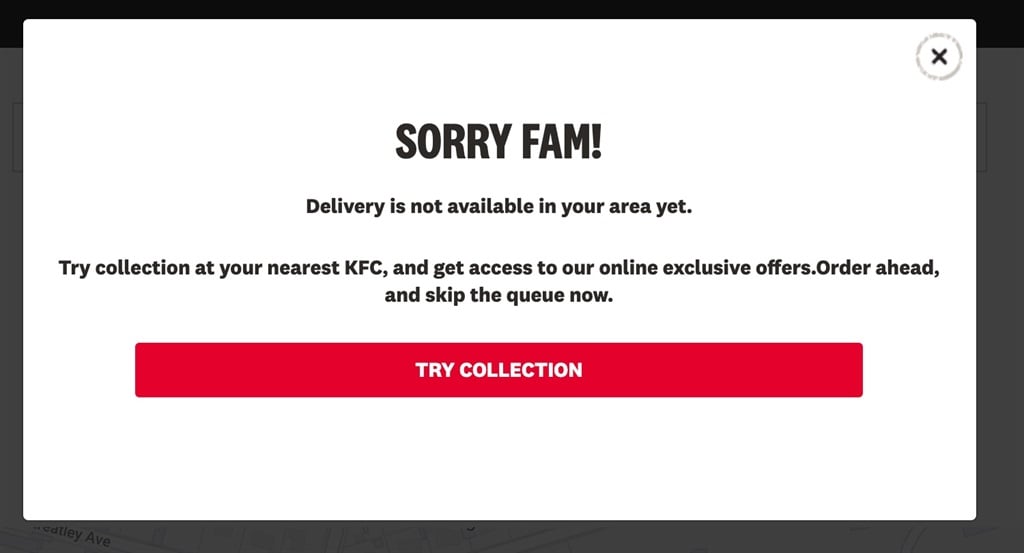 KFC says deliveries are running from 360 stores already, and that number will hit 420 by the end of the year.

But we found you still can't order for addresses right in the middle of Johannesburg, Cape Town, and Durban, and KFC's restaurant listing for delivery currently only has 160 entries.

While KFC could not arrange delivery to our offices in either Cape Town or Johannesburg, Uber Eats was willing to get our KFC order to us at either – from multiple KFC restaurants within range, at fees of between R3 and R9.

Mr D was similarly happy to help us for a small fee, or for some combinations of restaurant and order, for free.

The system is buggy – sometimes weirdly so.

We found that trying to order on the KFC website came with all kinds of glitches, which either kicked us out of the order process or wouldn't let us get as far as making payment.

The best evidence that KFC still has some serious bugs to iron out was an email triggered by trying to use a Google account to complete an order – which was blank except for an internal directory path for an email template that seems intended for a password reset, which we never requested.