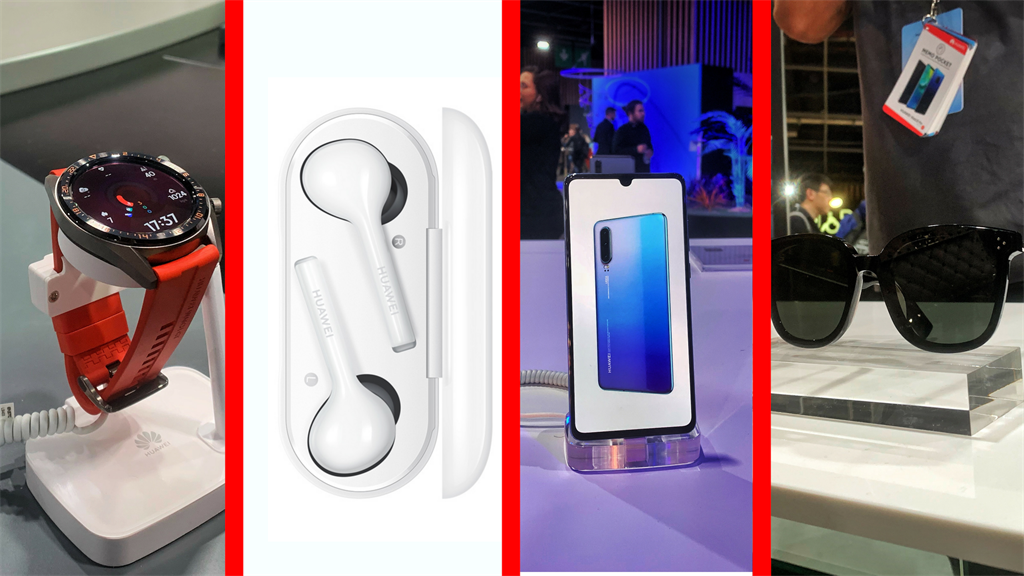 Huawei announced seven new products, including new watch designs and smart glasses, at a launch event in Paris, France, on Tuesday, where it also unveiled its new flagship phone, the P30.

The new P30 and larger P30 Pro are set to be available in South Africa in the next few weeks, and the new Huawei Eyewear is set to arrive in July.

Here are the five key announcements from the Huawei launch event.

A smartphone with a 50-times digital zoom, among other features Richard Yu, CEO of Huawei Consumer business, said the P30 represents a “breakthrough” in digital camera technology and will set the pace for the next generation of smartphones.

Among the array of new features - including that it can wirelessly charge other Android and even Apple phones - is the P30’s ‘Super Portrait Mode’ which promises to capture even the individual hairs on a person’s face.

Huawei promised to release South African pricing soon, but in the meanwhile we know P30 Pro will retail for €999 in Europe. Huawei announced the Eyewear glasses range, which promises to allow wearers to make calls, listen to music, and use a "virtual assistant".

Also read: South Africa will be one of the first countries to get the new Huawei smart glasses

Gentle Monster’s CEO Hankook Kim, which co-designed the glasses, said other manufacturers were too focused on the smart technology of smart glasses.

“They designed glasses that no one would wear,” Kim said as pictures of Google Glasses and Snap’s Spectacles were displayed on the screen.

“We believe smart glasses should look good too.”

Likun Zhao, vice president of the Huawei consumer business in Southern Africa, said South Africa will be one of the first countries to see the glasses on shelves when the product is launched, likely by July. The Huawei 12000 40W SuperCharge Power Bank promises to charge an iPhone quicker than Apple’s own chargers, and charge the new Huawei P30 to 70% in under 30 minutes.

The new #huawei battery charges the iPhone quicker than the iPhone’s own charger. @BISouthAfrica pic.twitter.com/R6FYEtynJM

It can also charge other Android devices, smart watches, gaming devices, and laptops.

The Freelace, designed for people living an active lifestyle, can function for four hours on a five minute charge through any smartphone.

They are also water resistant, and come with noise cancellation. It also has a new design around the bezel .When the smartwatch was released last year, it was praised for having a week’s battery life.