Keanu Reeves has appeared in numerous films, ranging from "Bill & Ted's Excellent Adventure" to action hits like "John Wick" and "Speed," as well as period pieces like "Bram Stoker's Dracula" and "Dangerous Liaisons."

But before Reeves became one of the biggest names in Hollywood, he was living in Toronto and seriously considering a career in ice hockey.

Born to English and American parents in Lebanon, Reeves lived in Sydney and New York with his family before moving to Toronto when he was approximately seven years old.

Keanu is of Chinese-Hawaiian and European descent, and has spoken of feeling connected to both his Chinese and his English heritage.

And lately, the actor has been making headlines as people are realising he's actually a pretty nice guy. But it hasn't been all joy for the internet's latest boyfriend.

Here's everything you need to know about the life of Keanu Reeves.

Keanu was born in Beirut to English and American parents. Keanu Charles Reeves was born on September 2, 1964, in Beirut, Lebanon. His mother, Patricia Bond, is English, from Essex, but left home when she was young. And through his father Samuel (who was born in Honolulu), Reeves is of Hawaiian, Portuguese, and Chinese descent.

Reeves' parents met and married in Beirut when his mother was 19 and his father was 21. After Keanu was born, they went on to have another child - Keanu's younger sister Kim. Reeves also has several half-siblings on his father's side.

Reeves' father, who struggled with substance abuse, left his family when Keanu was young, and was arrested for selling heroin at Hilo Airport in Hawaii in 1992.

Reeves' mother moved his family to Sydney, then New York, before settling in Toronto. After Reeves' parents divorced in 1966, Keanu's costume-designer mother moved the family to Sydney, Australia, and then to New York City, where she married Broadway and Hollywood director Paul Aaron. The family finally settled in Toronto, where Reeves spent most of his formative years.

Reeves said in a previous interview that he was raised in the Yorkville neighbourhood of Toronto. Although his parents were American and English, Reeves holds Canadian citizenship and identifies as such. Reeves struggled in school when he was a child. While growing up in Toronto, the actor attended several high schools, including a private Catholic school and a prestigious performing arts school.

Reeves said in a 1988 interview that he was first enrolled in a rigorous academic school before he auditioned for Etobicoke School of the Arts, a performing arts high school.

The actor shared in the same interview that he was "happy for a while" at the performing arts school, but then got expelled because he was "just a little too rambunctious."

Before he got serious about acting, Reeves wanted to be an ice hockey player. Per a 1995 interview with People magazine, Reeves spent one year at private Catholic school De La Salle college, where he was a goalie on the hockey team and was once voted most valuable player.

The actor was reportedly about to start a career as a professional hockey player, but decided to pursue acting after an injury and a trip to New York City changed his mind.

Reeves would go on to use his experience playing hockey for his role in the 1986 hockey film "Youngblood."

Reeves began his acting career at the age of nine, later taking acting courses at night when he was a teenager. Reeves shared in an interview that he decided to become an actor at the age of 17 or 18, even though he appeared in a summer camp production of "Damn Yankees" when he was nine. He also played Mercutio in a high school production of "Romeo and Juliet."

After high school, the star took acting courses at night, then joined community theater productions and got an agent. His first professional roles was on a local Toronto television program called "Hanging In," where he played a "tough street kid."

Reeves followed up his role on "Hanging In" with more local theater and film productions, before moving to LA in in 1986. Reeves acted in a variety of films upon moving to Hollywood in 1986, including the teen crime drama "River's Edge" in 1986 and "Permanent Record," where he played the best friend of a teen who commits suicide.

Although "Bill & Ted" received mixed reviews, Reeves was generally praised for his performance, and the movie was a hit at the box office.

After "Bill & Ted," Reeves appeared in the ensemble comedy "Parenthood" in 1989. While on the set of "Parenthood," Reeves got to know costar Joaquin Phoenix, and reportedly met his younger brother River (with whom he'd star in "My Own Private Idaho" with) while on set.

Reeves started to play bass in the alternative rock band Dogstar in the early 1990s.

Reeves joined the alt-rock band Dogstar as a bassist in the early 1990s, reportedly after an encounter with drummer Robert Mailhouse in a grocery store.

The "Matrix" actor went on to play with the band for several years, and, after the group split, played bass in Becky, Mailhouse's subsequent project.

Recently, Reeves reflected on his time in Dogstar, saying in a recent interview that he felt bad for making the band seem like the pet project of a famous actor.

On the other hand, Reeves noted, "I guess it would have helped if our band was better."

Reeves appeared in both big-budget action movies like "Point Break" and indie dramas like "My Own Private Idaho." Reeves went on to act in an eclectic mix of films, ranging from the surf-driven crime thriller "Point Break" in 1991 to Gus Van Sant's 1991 critically acclaimed indie drama "My Own Private Idaho," the latter of which garnered Reeves a significant amount of praise.

Reeves would also go on to star in several period dramas around the same time as "Point Break," including "Much Ado About Nothing" and "Bram Stoker's Dracula," directed by Francis Ford Coppola.

After his roles in indie films like "My Own Private Idaho," Reeves gained mainstream success with "Speed." The action film focused on the efforts of an LAPD detective, played by Reeves, who struggles to rescue civilians trapped on a bus that's been rigged with explosives by a serial bomber.

Reeves' close friend and former costar River Phoenix died during the filming of "Speed," which reportedly caused the actor a great deal of pain. "I miss him greatly," Reeves said of Phoenix in a 1994 interview.

Sandra Bullock costarred with Reeves in the film, which garnered critical and commercial acclaim upon release. Bullock and Reeeves grew close on the set of "Speed," with the actor even leaving gifts for her during film, per a 1994 interview with Entertainment Weekly.

With "The Matrix" franchise, Reeves cemented his status as a Hollywood A-lister. The 1999 sci-fi action film "The Matrix" is arguably one of Reeves' most iconic movies. Directed by the Wachowskis, the film tells the story of a computer hacker enlisted to take down dystopian overlords.

While subsequent spin-off films weren't as successful, "The Matrix" franchise made Reeves a household name.

At the height of his fame, Reeves lost both his girlfriend and their child.

Reeves met his girlfriend Jennifer Syme at a promo party for Dogstar in 1998, and the two started dating shortly after, according to reports.

Reeves had said in a previous interview that he wanted to settle down and start a family at some point in his life, and in 1999, Syme became pregnant. Tragically, the couple's daughter, Ava Archer Syme-Reeves, was stillborn in December of that year.

Syme reportedly experienced postpartum depression, and many believe that the grief the couple experienced due to the loss of their child led them to break up. However, they still remained friends up until Syme's death in April 2001.

She was killed in a car accident after attending a party thrown by Marilyn Manson in Los Angeles, Another Man reports. Reeves was due to begin shooting back-to-back "Matrix" sequels that spring, but took some time to grieve before resuming working.

After the "Matrix" franchise, Reeves kept a lower profile, acting in rom-coms like "Something's Gotta Give" and in crime thrillers like "Constantine" and "Street Kings." Reeves' roles after "The Matrix" were an eclectic mix. The actor played romantic leads in rom-coms like 2003's "Something's Gotta Give" and 2006 romantic drama "The Lake House," while also acting in darker thrillers like "Constantine" in 2005 and 2006's "A Scanner Darkly."

During this time, Reeves had to bow out of his musical groups due to scheduling conflicts.

In 2005, he received a star on the Hollywood walk of fame.

Reeves is an avid motorcyclist who co-founded Arch Motorcycle company.

In 2011, Reeves started Arch motorcycle company with motorcycle designer Gard Hollinger, according to a recent GQ profile of Reeves. The company currently has a shop in Hawthorne, California, where Reeves can work on new designs.

The actor has always been a motorcycle buff, famously gifting the stuntmen on the "Matrix" films Harley Davidsons after the movie wrapped.

Reeves' "Bill & Ted" costar Alex Winter revealed in the GQ article that he and Reeves were both drawn to motorcycles.

Reeves is an author and a producer in addition to an actor and musician. While Reeves is best known as an actor, he's also tried his hand at producing and writing.

He produced the 2012 documentary "Side by Side," which focused on the differences and history of both digital and photochemical film techniques. The documentary featured interviews with the likes of James Cameron, David Fincher, and David Lynch, and was well-received upon release.

And in 2011, Reeves wrote "Ode to Happiness," an illustrated book that the Huffington Post called "a whimsical, humourous poetic riff on self-pity."

Recently, Reeves has seen critical and commercial success with his roles in the "John Wick" films. 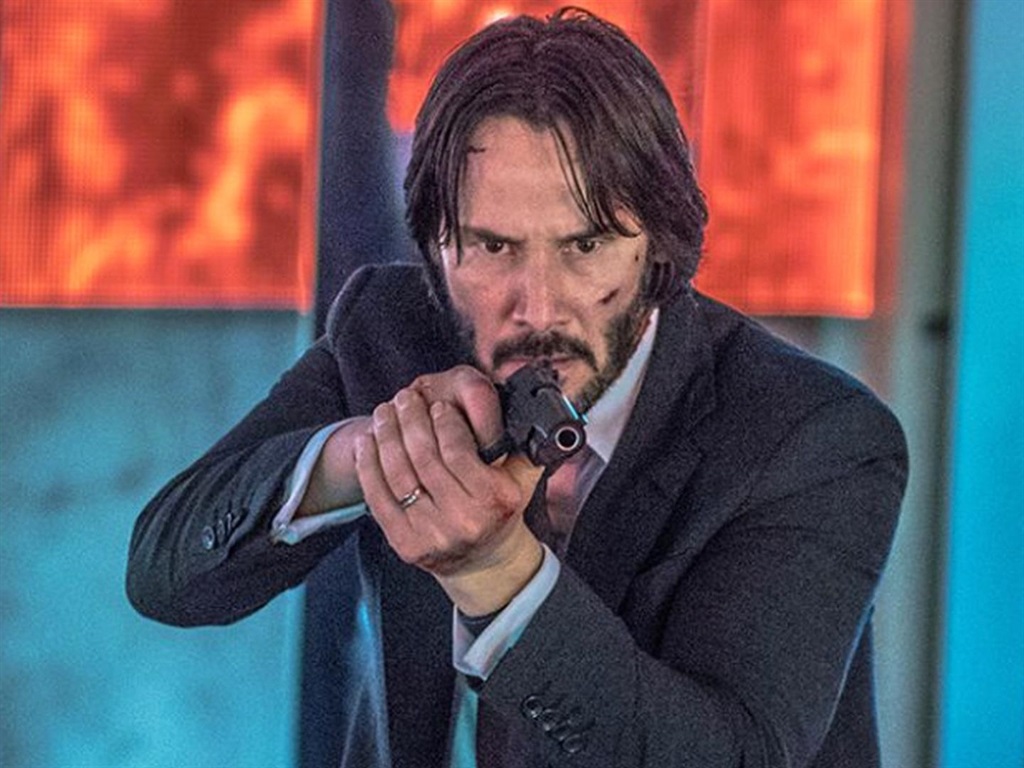 The 2014 action film "John Wick" was a surprising hit for Reeves both critically and commercially, and would go on to spawn two more sequels - the latest, "John Wick Chapter 3 - Parabellum" was released in May.

Much like his previous films "Speed" and "The Matrix," "John Wick" and its subsequent spin-offs were sleeper hits for Reeves. The actor especially was praised for his nuanced performance as the ex-hit man who comes out of retirement to avenge his dead dog.

He also started an organisation to support cancer patients, since his sister has suffered from leukemia.

It's no secret that Reeves is one of the nicest actors in Hollywood, but his kind gestures go beyond giving up subway seats and signing receipts for fans.

Huffington Post reports that Reeves "quietly" started a private cancer foundation in recent years, as a result of his sister Kim's 10-year battle with leukemia.

The actor also reportedly gave much of his earnings from the "Matrix" franchise to the special effects and design teams, and even gave stuntmen working on the films their own Harley Davidson motorcycles, according to Hello Magazine.

Upcoming projects for Reeves include a starring role in "Bill and Ted Face the Music."

In between his "John Wick" films, Reeves acted in a mix of indie thrillers and mainstream crime dramas, and notably had a key role in the 2019 Netflix film "Always Be My Maybe."

Reeves also worked on "Toy Story 4," in which he voiced a Canadian daredevil toy named Duke Caboom who rides motorcycles. The 55-year-old star of "The Matrix" arrived with Grant at the LACMA Art and Film Gala in Los Angeles, where the pair posed for photos and held hands.

Reeves, who has kept his personal life very private, had never posed with a girlfriend on the red carpet in his 35-year acting tenure.

Grant is a Los Angeles-based visual artist who previously collaborated with Reeves on several books. The duo, who founded a publishing house together in 2017, haven't spoken publicly about the nature of their relationship, and representatives for Grant and Reeves didn't immediately respond to Insider's requests for comment.