Kanye West, unsurprising as it may be, has quite the taste for flashy vehicles. A recent Forbes evaluation valued the rapper and fashion mogul at just over $1 billion (R17.5 billion), noting that around $3.8 million (R70 million) of his net worth is invested in "vehicles."

While West likely owns his fair share of exotics and luxury cars, he seems to have a particular obsession with high-powered, go-anywhere off-roaders. At his massive Wyoming ranches, West has a fleet of Ford F-150 Raptors, 10 amphibious Sherp all-terrain vehicles, and a high-performance tank called the Ripsaw EV2.

The EV2 was developed for military use by Howe and Howe Technologies, a US-based company that has since been acquired by aerospace and defense manufacturer Textron Systems. Billed as a "luxury, high-performance, go-fast super tank," the EV2 is also available to private citizens and carries a price tag that can stretch to "over half a million dollars."

Take a closer look at the Ripsaw EV2 below.

Kanye West keeps a whole array of wild off-roaders at his Wyoming ranch, including a fleet of 10 amphibious ATVs and several blacked-out Ford F-150 Raptors. He also apparently has a swanky, blisteringly quick tank called the Ripsaw EV2. The Ripsaw was initially developed by Howe and Howe Technologies for the military as a "light-weight, go-fast super tank," according to the vehicle's website. In 2015 Ripsaw made its EV2 available to the public, or at least to anyone who can afford its steep price tag. 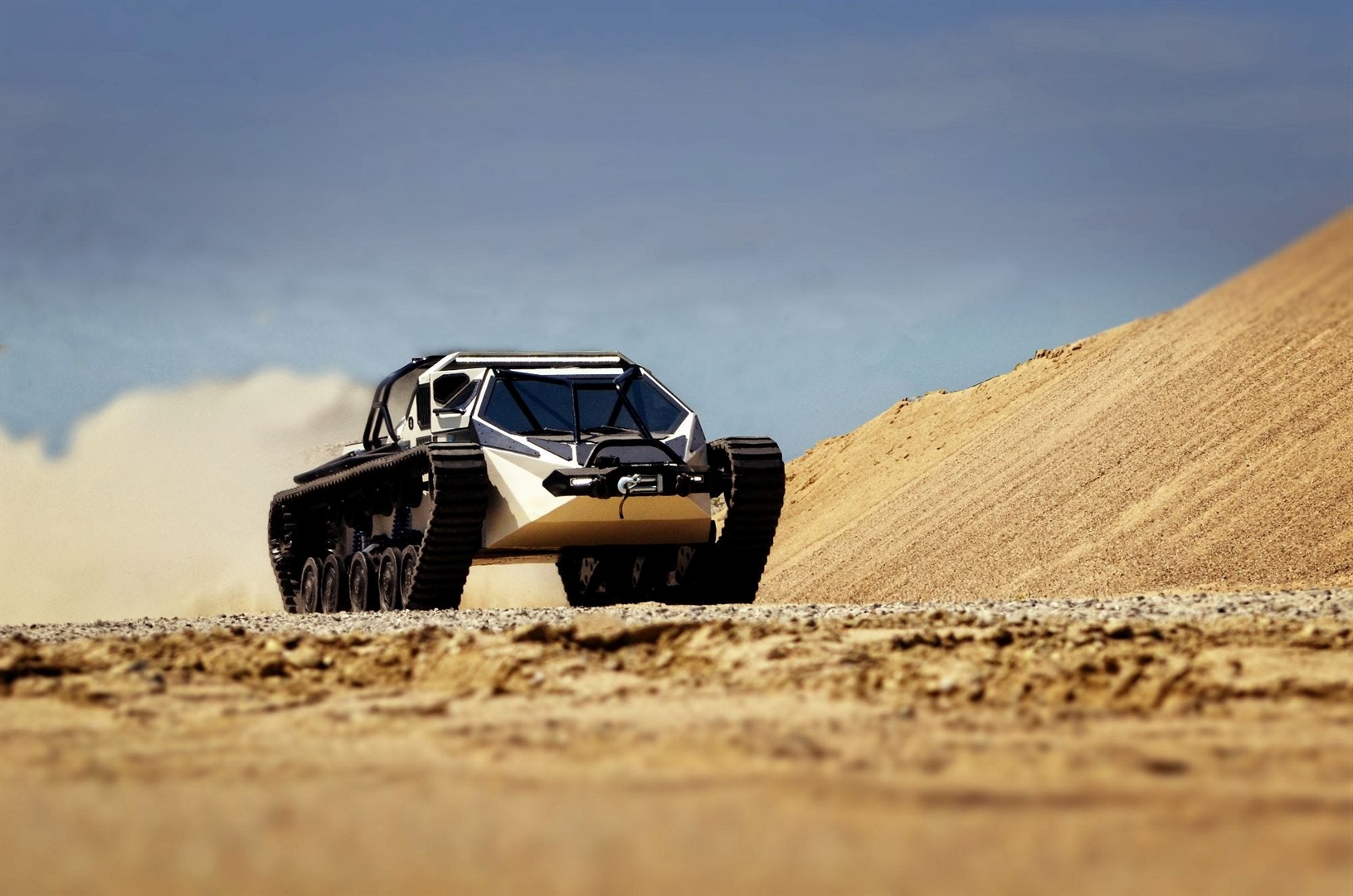 We don't know exactly how much West paid for his tank, but Ripsaw's site says the quasi-military off-roaders take up to six months to manufacture and can cost R9 million, depending on how luxurious and powerful a buyer wants their build. Versions of Ripsaw tanks have been made appearances in movies such as "Fast and the Furious 8: Fate of the Furious," and "Mad Max: Fury Road." The Ripsaw EV2 reportedly cranks out around 600 horsepower thanks to a huge Duramax diesel engine, meaning it can hit highway speeds. 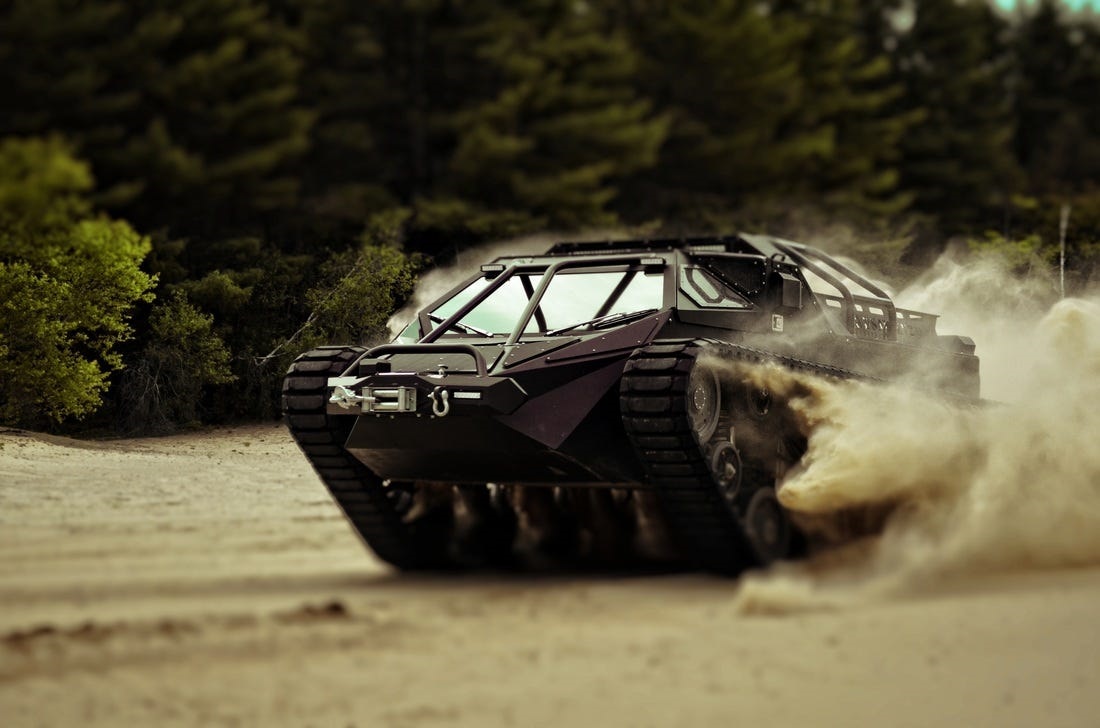 Plus, the EV2 can climb up a ridiculous 70-degree grade, according to Popular Mechanics.

Ripsaw claims its tanks are the fastest tracked vehicles in the world. Some Ripsaw EV2 models generate up to 700 horsepower, according to The Grand Tour. That's roughly the same horsepower as a Lamborghini Aventador, with boatloads more torque. Open the gullwing-style hatches, and you'll find a futuristic cockpit with seating for two. The Ripsaw EV2 isn't just built for pleasure, it also has a functional pickup bed out back. Like many of his vehicles, West's EV2 is painted matte black. In a recent interview with Complex, Steven Smith, the lead designer of West's Yeezy brand, said: "I like the Ripsaw tank. I think that's my favourite, because it'll go 130km an hour and it's borderline frightening because you can die at it, which I like." "Kanye has got the best toys for us. That keeps you inspired," he added.