Juno, a tennis-court-size NASA probe at Jupiter, recently sent scientists a new batch of data, and the photos it included are even more stunning than the last set.

NASA launched Juno toward Jupiter in August 2011 and the probe arrived in July 2016. Every 53.5 days since then, Juno has performed an orbital manoeuvre called a perijove.

During a perijove, the probe dives over the north pole, screams past the Jovian cloud tops at more than 200,000kph,and exits at the south pole. This highly elliptical loop helps protect the spacecraft's electronics from Jupiter's powerful radiation fields while also allowing it to record unprecedented observations.

The $1-billion mission successfully pulled off its 13th perijove on May 24. Fans of the mission like graphic artist Seán Doran and NASA software engineer Kevin M. Gill have since processed the raw image files into colourful works of art.
Here are some of the most jaw-dropping pictures from Juno's latest trip around Jupiter.

Juno begins a perijove by accelerating over Jupiter's north pole. 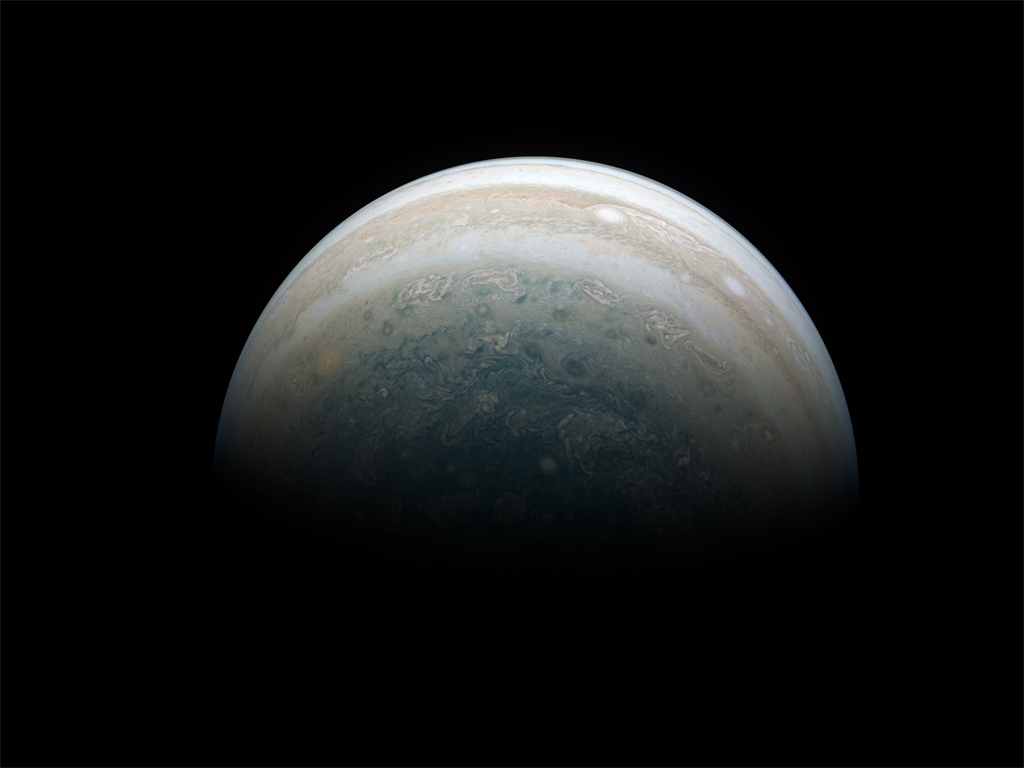 The manoeuvre takes a couple of hours, and scientists are mainly interested in gathering magnetic, radio, radiation, and gravitational readings. But NASA added a camera to capture Jupiter in a sequence of images.

Once the data gets to Earth, artists download and process it. Some stitch and wrap the flat images onto 3D models to make them look as if you were right there.

Jupiter's cloud tops are somewhat hazy, but a boost in contrast can bring out bewildering formations.

This close-up shows a cyclonic storm that's many times larger than the biggest hurricanes on Earth.

Increasing the colour saturation of Juno images also brings out the wide variety of colours lurking in its hydrogen- and helium-rich cloud tops that are peppered with other compounds, including ammonia.

Some storm clouds pile into bands that circle much of Jupiter — a planet more than 300 times as massive and more than 1,300 times as voluminous as Earth.

This chaotic strip of storms (from the previous image) is punching into adjacent cloud bands. By the time of Juno's next pass in July, it will almost certainly have morphed and changed. Half of Jupiter's icy moon Europa as seen via images taken by NASA's Galileo spacecraft in the late 1990s.
NASA/JPL-Caltech/SwRI/MSSS/Kevin M. Gill (CC BY 2.0)

Juno's mission at Jupiter is up for renewal through July 2021, but it won't last forever. NASA is concerned leaving it in orbit too long could make it crash into and contaminate icy moons like Europa. Europa is thought to have a hidden, 2.6-zettaliter ocean. That's twice as much liquid water as Earth has. 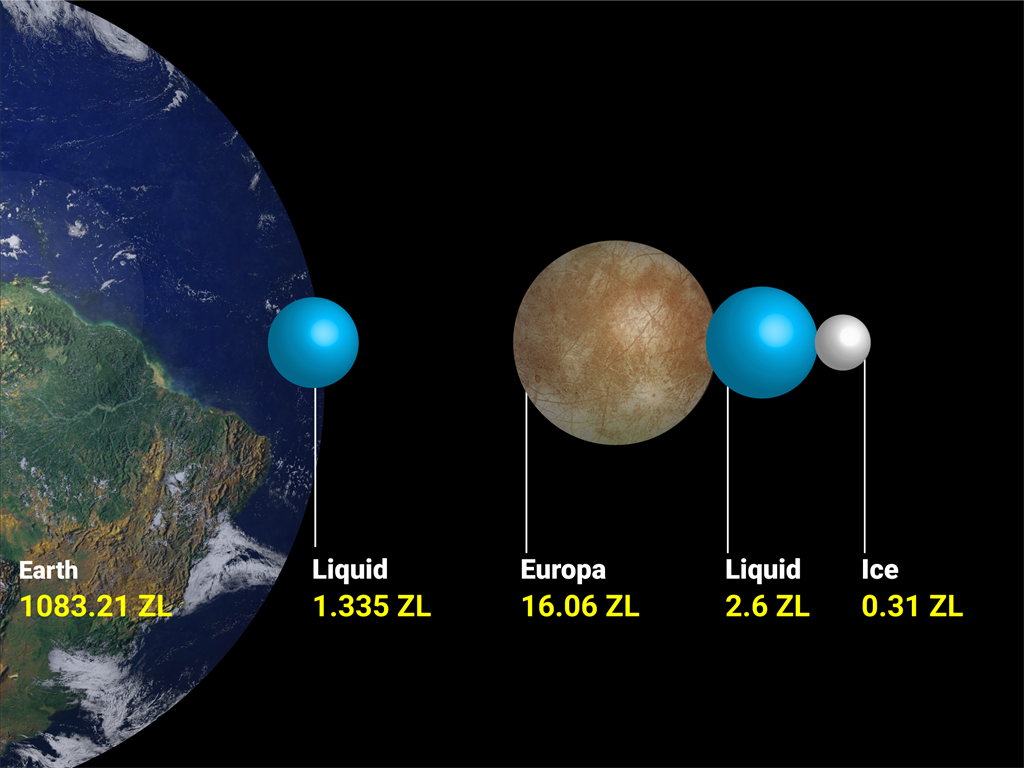 Europa is spraying its salty ocean water out into space through cracks or geysers. An illustration of NASA's Europa Clipper mission flying over the icy moon of Jupiter.
NASA

Scientists think the enormous ocean might be habitable to alien life, so NASA plans to fly its upcoming $2-billion Europa Clipper mission through the moon's water plumes and "taste" them. An illustration of a submersible robot exploring the subsurface ocean of an icy moon.
NASA/JPL-Caltech An illustration of NASA's Juno probe flying over Jupiter.
NASA/JPL-Caltech