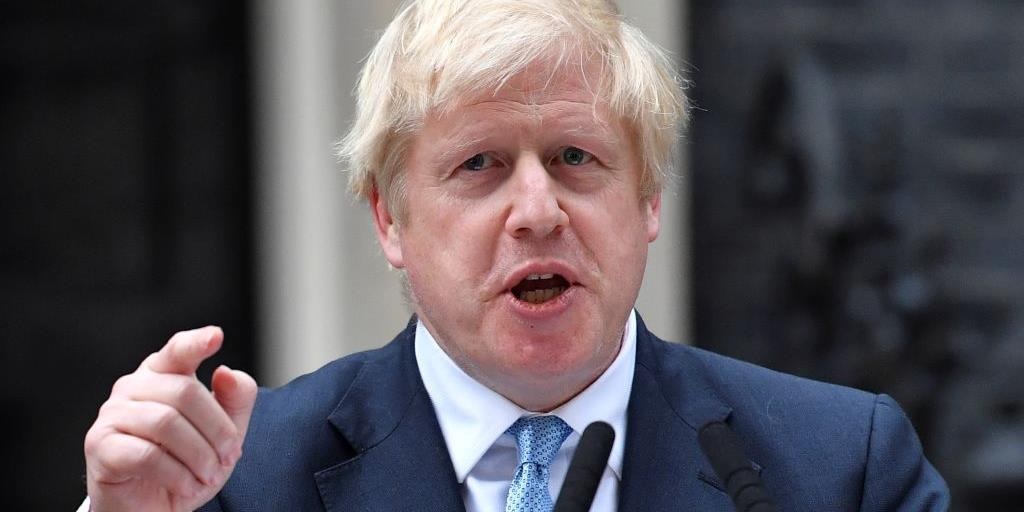 Boris Johnson will on Monday warn that Britain will not follow any European Union rules in a new trade deal with Brussels, and will walk away from negotiations without any deal whatsoever if necessary.

In a speech in south London this morning, the prime minister is set to declare that there is "no need" for the United Kingdom to sign up to EU rules and regulations in exchange for high levels of access to European markets.

Johnson's remarks put the UK on collision course with the EU when trade talks get underway next month.

EU figures including European Commission President, Ursula Von Der Leyen, have said that Britain must sign up to a "level playing field" with the EU in order to secure tariff and quota-free access to European markets.

However, the prime minister will today categorically rule out signing up to commitments of this sort.

"There is no need for a free trade agreement to involve accepting EU rules on competition policy, subsidies, social protection, the environment, or anything similar any more than the EU should be obliged to accept UK rules.

"The UK will maintain the highest standards in these areas - better, in many respects, than those of the EU - without the compulsion of a treaty and it is vital to stress this now," he is expected to say.

Johnson is also set to warn Brussels that he is prepared to walk away from trade talks without any deal whatsoever.

"We have often been told that we must choose between full access to the EU market, along with accepting its rules and courts on the Norway model, or an ambitious free trade agreement, which opens up markets and avoids the full panoply of EU regulation, on the example of Canada," he is expected to say in his speech.

"We have made our choice: we want a free trade agreement, similar to Canada's but in the very unlikely event that we do not succeed, then our trade will have to be based on our existing Withdrawal Agreement with the EU.

"The choice is emphatically not 'deal or no-deal'. The question is whether we agree a trading relationship with the EU comparable to Canada's - or more like Australia's."

Australia and the EU do not have a free trade deal and trade largely on World Trade Organisation rules.

The Institute For Government think tank last month warned that an outcome of this sort would be just as damaging to British businesses as a no-deal Brexit, as it would result in swathes of new checks on goods.

However, Johnson is set to say that "in either case, I have no doubt that Britain will prosper." Britain finally left the EU on Friday evening, three-and-a-half-years after the 2016 Brexit referendum.

The country has entered an 11-month transition period - or "implementation period" - during which it will continue to follow all EU rules, laws, and regulations. This arrangement will come to an end in January 2021.

Johnson's UK government will in the meantime try to secure free trade agreements with the EU and other countries like the United States, Japan, Australia and New Zealand, as soon as possible.

Experts have warned that negotiating free trade agreements usually takes a number of years, and that the UK government faces a huge challenge in securing deals before the transition period expires at the end of the year.

Related Links
Trump's 'special relationship' with the UK is under strain as Mike Pompeo flies into London
US president Donald Trump is heading for a major clash with Boris Johnson over Huawei as...
The EU is planning to give the UK a much worse trade deal after Brexit than either Canada or Japan
Next on Business Insider
SA diamond miner's latest sale fetches R1.5 billion – even with no 'exceptional stones'