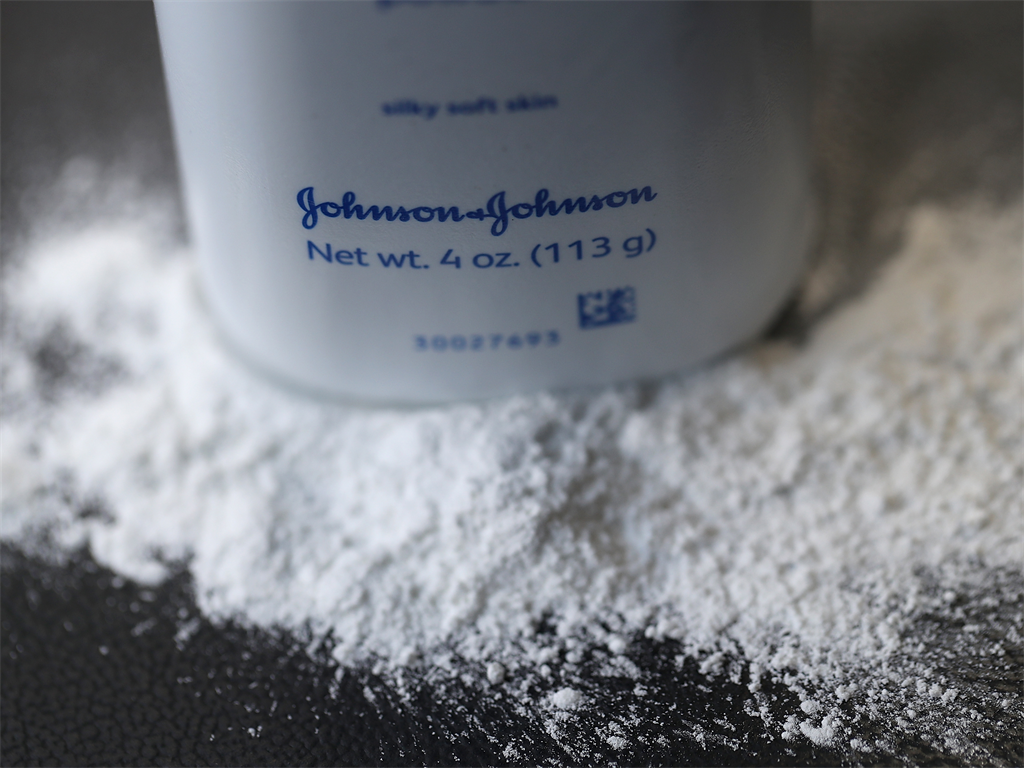 A container of Johnson's baby powder made by Johnson & Johnson. (Getty)

Reuters reviewed documents, deposition, and trial testimony from at least 1971 to the early 2000s that they say showed powders and raw talc sometimes tested positively for small traces of asbestos.

Furthermore, "company executives, mine managers, scientists, doctors and lawyers fretted over the problem and how to address it while failing to disclose it to regulators or the public," Reuters reporter Lisa Girion wrote.

Johnson & Johnson's outside litigation counsel, Peter Bicks, told Reuters its findings were false and dismissed tests cited in the report as "outlier" results.

This is not the first time the company, which also manufactures medical devices, has come under fire for issues related to its baby powder.

In July, a St. Louis jury awarded $4.69 billion (R65 bllion) to 22 women who said its talcum baby powder gave them ovarian cancer. At the time it was the sixth-largest product-defect award in US history.

Johnson & Johnson was down a little over 2% this year. Related Links
Here are the most popular name predictions of Prince Harry and Meghan Markle's baby
Here are the chances Prince Harry and Meghan Markle's baby will have red hair
South Africa’s old three-pronged plug is a killer – here’s how we ended up with a notoriously...
Next on Business Insider
Entrepreneurs, designers, inventors and product developers can get grant funding of up to R800,000