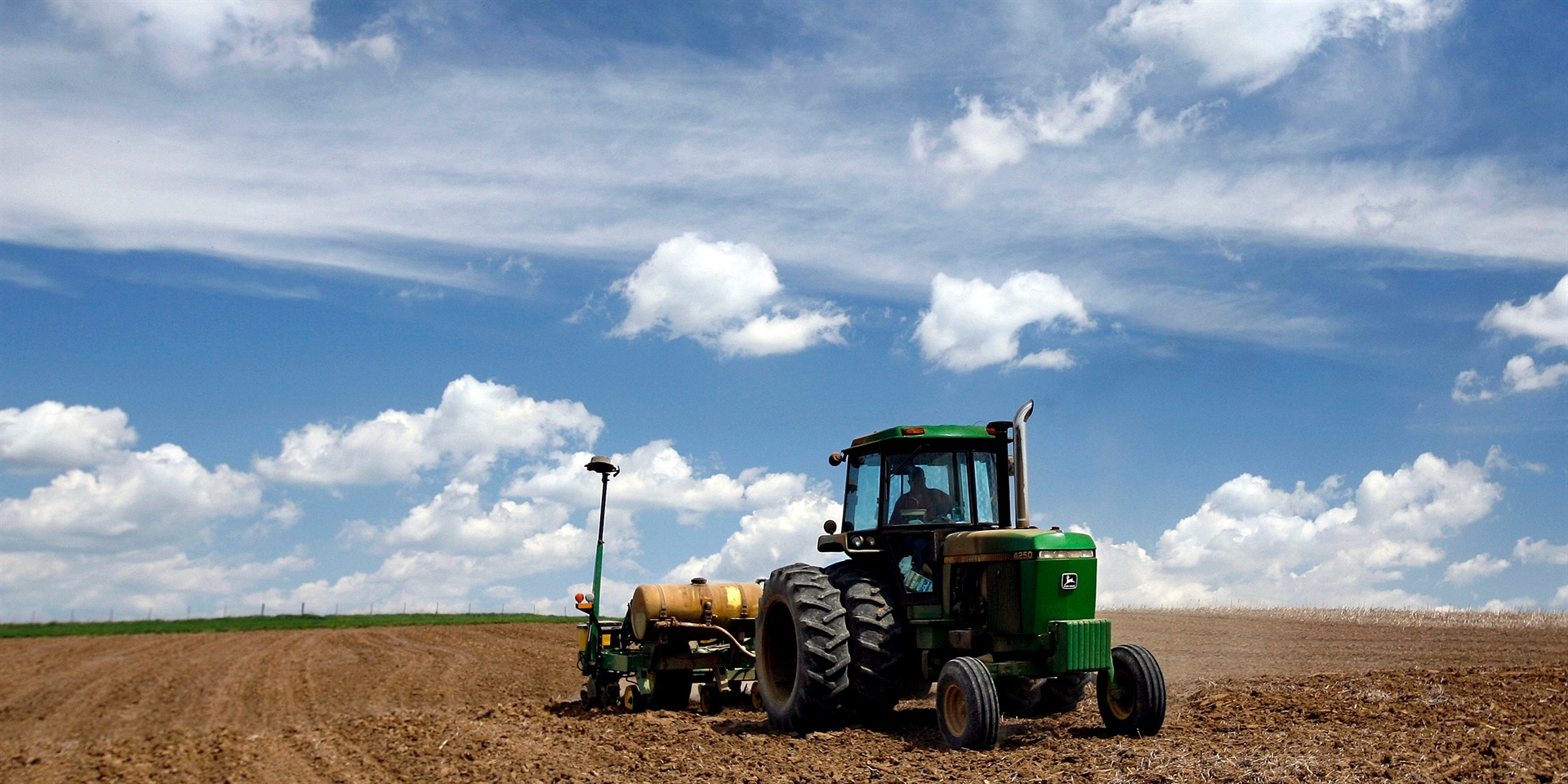 Self-driving tractors are coming to plow a field near you.

Agricultural manufacturer John Deere unveiled its new autonomous tractor that's ready for large-scale production at a press conference last week. The company hopes to have the tractors available for sale sometime later in the year.

Farming with these self-driving tractors will look a little different and John Deere hopes the new machinery will help fill the gap between the world's growing population and the dwindling number of workers on farms, especially in countries such as the USA.

"The global population is expected to grow from about 8 billion to nearly 10 billion people by 2050, increasing the global food demand by 50%," according to a press release from John Deere. "Furthermore, farmers must feed this growing population with less available land and skilled labor, and work through the variables inherent in farming like changing weather conditions and climate, variations in soil quality and the presence of weeds and pests."

The tractor combines technology already in John Deere tractors like GPS navigation with newer innovations that allow it to be autonomous. All that farmers need to do to operate the equipment is set in their field and use their mobile device to start the tractor, according to John Deere. While the machine is on, the farmer can then leave the field.

From their mobile device, farmers will be able to monitor the tractor and see things such as live video, images, data, and metrics that will allow the farmer to make any adjustments as needed.

Although this may seem like a big step for farmers, John Deere has been automating much of its equipment for nearly two decades. Much of the company's machinery today has an auto-steer system that uses GPS to locate and guide tractors. While these tractors still need a driver to correct and missteps and watch the direction of the plow, a lot has been taken off of farmers' hands. This new tractor is just taking these existing technologies to the next level.

"This is not a demo. It's not a concept machine. It's something we've had in the field with farmers for years and will be taking to production in fall," Deanna Kovar, vice president of production and precision ag production systems at John Deere, said to The Verge.

For certain tractor models, farmers can expect to spend over R9 million. While John Deere is selling the automation system separately so it can be downloaded into tractors they already own, some farmers are still worried about the costs, even in parts of the world where labour is in short supply.

Many farmers say they can't even repair their John Deere tractors on their own, they have to find a John Deere authorised repair shop to do the work for them which can be expensive. The company even has the availability to remotely shut down many of its tractors using cloud technology if a farmer has modified their equipment or has missed a lease payment on their machine.

"I'm all for innovation, and I think John Deere is a helluva company, but they're trying to be the Facebook of farming," Kevin Kenney, an agricultural engineer who believes farmers have the right to repair their own equipment, told Wired.

While self-driving machinery could help farmers save money in the long term by limiting the number of workers they need on their farms, the necessity of the involvement of artificial intelligence in farming is still debated amongst farmers.