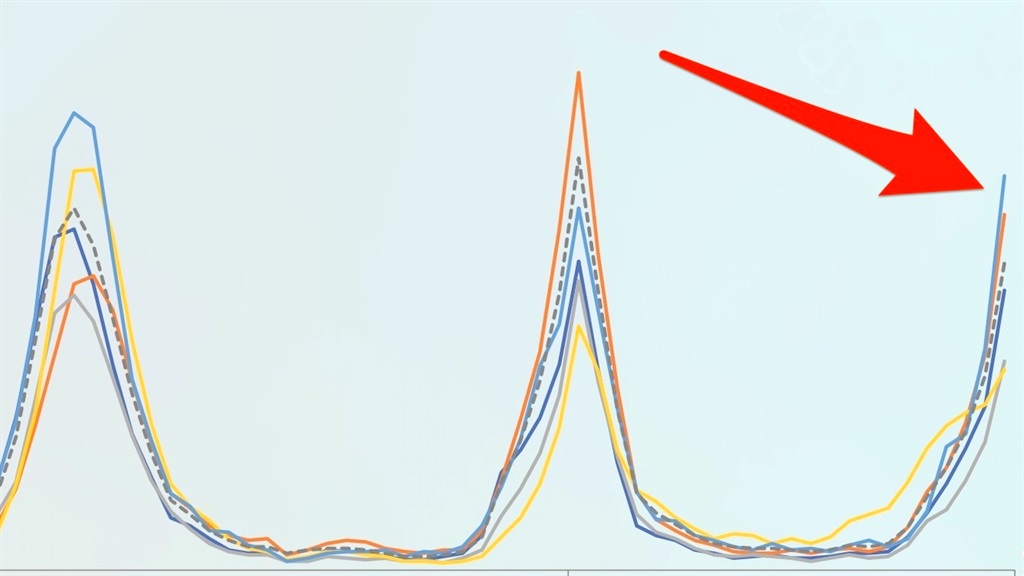 Gauteng has seen "a sustained steady increase" in Covid-19 cases, the National Institute for Communicable Diseases (NICD) said in a weekly report on Friday – and was counting nearly two of every three new cases found across the country.

For the week up to 12 June, Gauteng had the highest incidence risk in the country, of 185.9 cases per 100,000 people, said the NICD in its Covid-19 Weekly Epidemiology Brief, after a huge increase. While the per-person incidence risk of Limpopo, for example, increased by 20.8%, the increased risk in Gauteng stood at 57.6%.

The increase in cases in Gauteng is clearly visible in the NICD's incidence comparison across provinces... ... but the scale becomes startlingly clear when broken down by district. The district-level data for Gauteng is not quite as good as in other provinces, including the Free State, but 86.3% of the more than half a million cases reported in the province had a district allocation, the NICD said.

As of Friday night, Gauteng was averaging 53 recorded Covid-19 deaths per day for the previous week, compared to the 15 average deaths per day in the Free State, the second hardest hit.