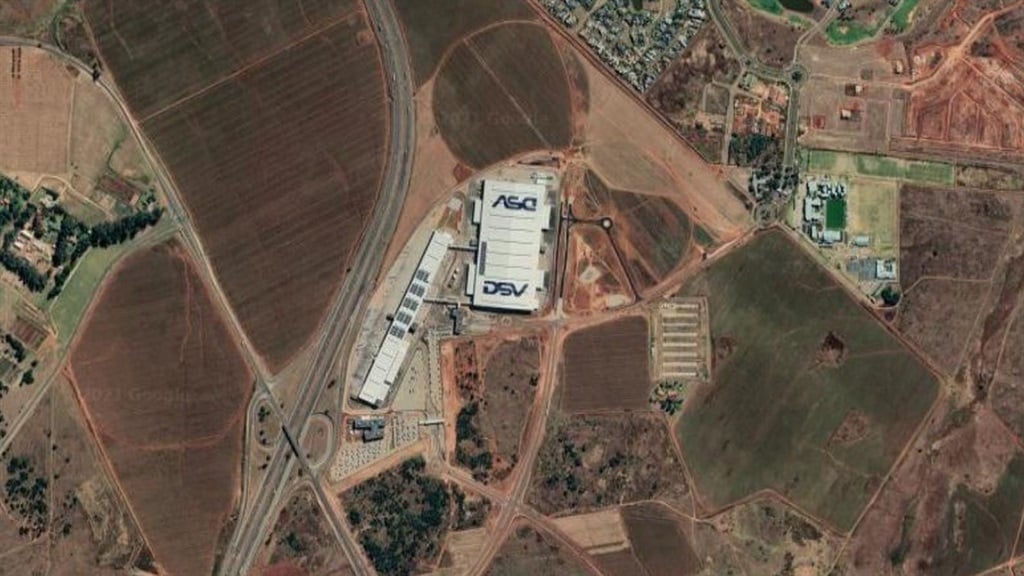 It’s taken roughly two years for DSV to build its newest and largest facility on the continent, combining several smaller hubs in Gauteng into a single, centralised head office. Work on the logistics complex – featuring a warehouse, cross-dock facility, and offices – started with a site visit in 2019. The new facility became fully operational in September and was inaugurated at a virtual ceremony on Thursday.

“With DSV Park Gauteng, DSV has developed a large-scale modern logistics centre which captures the essence of our consolidation strategy to create larger and more efficient facilities, enabling us to have many of our business units together under one single roof,” said Brian Almind Winther, DSV’s Executive Vice President and Head of Group Property.

“We have packed the new DSV facility with solutions such as an innovative sorter that can handle 13,000 packages every single hour.” The logistics complex, situated along the R21 interchange near Serengeti Golf Estate, is built on a piece of land totalling 390,286 square-metres in size, equivalent to 54 soccer fields.

Concrete yards and floors account for 266,000 square-metres, with the facility’s permitter fence stretching for more than 6 kilometres. Some 700,000 cubic metres of earth was moved during the construction process.

The volume of more than 300 Olympic-size swimming pools can fit inside the facility’s 79,000 square-metre warehouse.

In addition to the sheer size of DSV Park Gauteng, which will accommodate some 2,000 employees, the facility also incorporates renewable energy through a 1,000kWP solar power system which meets the complex’s base electrical needs.

Employees at DSV Park Gauteng can use the facility’s high-tech gym. A canteen offers daily meals.

A similar complex is also being built in the Western Cape. DSV Park Cape Town – considerably smaller than the complex in Gauteng, housing 750 employees – will be sandwiched between Cape Town International Airport and the N2.