'Joker' makes an explicit connection between mental illness and violence. Here's why that's dangerous and wrong. Todd Phillips' "Joker," in theaters Friday, has already stirred up strong reactions to its unapologetic violence and moral ambiguity.

The new film tells the origin story of Batman's infamous foe. It stars Joaquin Phoenix as Arthur Fleck, a lonely-turned-nihilistic outcast who sees the world as cruel and unjust.

Some have worried that "Joker" glorifies revenge and could inspire similarly demoralised men to mimic the villain's actions. Law enforcement officials have expressed concerns about shootings at theaters.

"Joker" seems to intentionally reflect modern headlines and societal fears, like the rise of dangerous incels and senseless public violence. But rather than reflect the seeming motivations of real-life killers such as Elliot Rodger, Alek Minassian, and Dylann Roof, who claim to have acted out of perceived rejection, self-loathing, and bigotry, the movie does something more troubling. It blames the supervillain's legendary cruelty on mental illness. Arthur Fleck is painted as a lonely outcast who struggles with depressive thoughts.
Courtesy of Warner Bros. Pictures

"Joker" never diagnoses Fleck or clarifies what "condition" he has, but it does have him explicitly reference his experiences with mental illness on numerous occasions.

He's introduced as someone who attends required therapy sessions with a social worker, as someone who was previously "locked up in the hospital." Fleck also specifies that he takes seven different medications: "Surely they must be doing something," his social worker says.

"The worst part about having a mental illness is people expect you to behave as if you DONT," Fleck writes in his journal, replacing the "O" with a smiley face. "Joker" tries to signal to its viewers that it cares deeply about Fleck's mental health and that it sympathizes with his plight. Fleck's mental health begins to decline after Gotham slashes funding for social services, forcing him to abandon his therapy sessions and making his medications inaccessible.

"The movie is very much a commentary on how society doesn't do enough to nurture people who experience mental illness," Business Insider's Jason Guerrasio wrote in his review.

But for a movie that does a lot of hand-wringing about our treatment of people with mental illnesses, it sure gives us plenty of reasons to dislike and distrust them. The film explains Joker's characteristic fits of laughter as the symptom of a condition.
Niko Tavernise/Warner Bros

Every aspect of Fleck's neuroatypicality is stigmatized, coded as a reason to be suspicious of him, and used as pretext for his descent into violence.

The film even explains Joker's characteristic fits of laughter - historically seen as a symbol of his devilishness, of the delight he takes in cruelty - as the symptom of a condition. Here, it's an uncontrollable response to stress, similar to Tourette Syndrome.

Rather than effectively advocating for mental health resources, "Joker" plainly tells us to be wary of people who exhibit symptoms of mental illness.

Of course, there's always been a kind of unhinged allure about the Joker. Even Heath Ledger's Oscar-winning performance as the villain was criticized for "exacerbating stereotypes about mental health."

But this vague characterisation has worked in the past because the connection has never been explicit. "The Dark Knight" made a point to muddle Joker's backstory, having Ledger's villain tell multiple different stories about how he got the scars on his face. He was more sociopathic than anything else; he caused chaos for the sake of it. 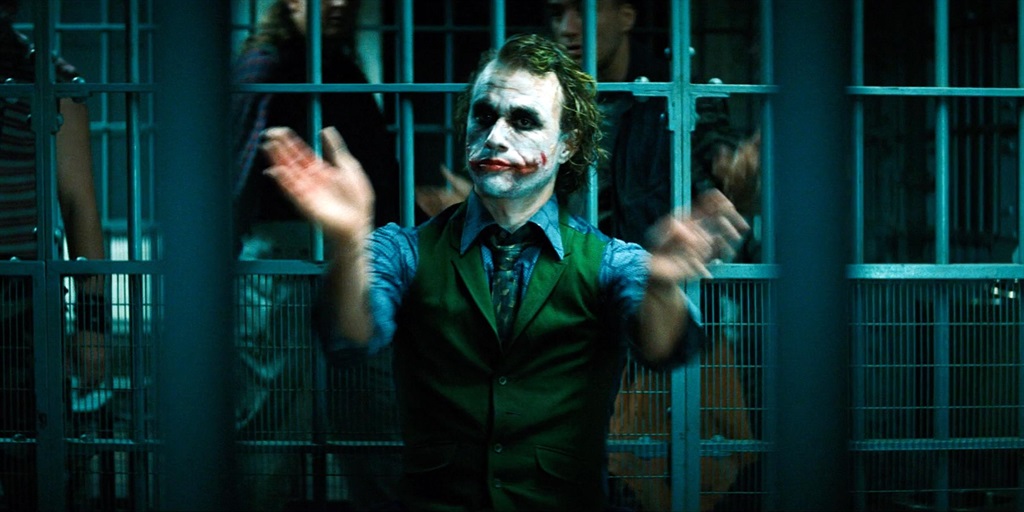 Heath Ledger posthumously won an Oscar for his role in "The Dark Knight."
Warner Bros

Phoenix's Joker, by contrast, has very specific triggers for his violence.

He commits his first slew of murders because three Wall Street-type men take offense to his Tourettic laughter. He leans further into violence when he stops taking his medications, claiming he feels much better without them, just before embarking on a killing spree.

Most notably, he names his mental illness as a specific motivation for violence at the end of his climactic monologue, which sounds like the movie's thesis statement.

"What do you get when you cross a mentally ill loner with a society that abandons him and treats him like trash?" Joker says, just before shooting his childhood hero in the face. Nearly one in five US adults live with some form of mental illness, according to the National Institute of Mental Health. And yet, the myth persists that people with mental illnesses should be feared or avoided.

Not only does "Joker" play into that stereotype, it also plays directly into the hands of pro-gun lawmakers, who so often blame mental illness when gun violence occurs.

It seems that many politicians, most of whom are financially backed by the National Rifle Association, see mental illness as an easy scapegoat for our nation's gun violence crisis. After mass shootings, the narrative is often turned towards mental health reform (which, to be clear, we do need) as a means of distracting from the more obvious solution of gun control.

President Donald Trump, for example, has frequently blamed "the mental illness problem" for mass shootings and even suggested "involuntary confinement" for mental illnesses. A memorial in Dayton, Ohio after the mass shooting in August.
Photo by Jeremy Hogan/SOPA Images/LightRocket via Getty Images

"We must reform our mental health laws to better identify mentally disturbed individuals who may commit acts of violence and make sure those people, not only get treatment, but when necessary, involuntary confinement," Trump recently said after two shootings in El Paso, Texas and Dayton, Ohio, adding, "mental illness and hatred pulls the trigger, not the gun."

Consider how "Joker" feeds this talking point: Fleck only begins to commit acts of violence when his friend gives him a gun. But each of his murders is preceded by an explicit mention of his mental illness or, in the case of his laughter, a visible symptom of it. In real life, people with mental illnesses are much more likely to hurt themselves than others.
Niko Tavernise/Warner Bros

According to Time to Change, a UK-based organisation that aims to combat mental health discrimination, "over a third of the public think people with a mental health problem are likely to be violent."

In reality, there's no factual or scientific evidence to suggest a connection between mental illness and violence.

Most importantly, as Time noted earlier this year, "people with mental illness are much more likely to hurt themselves than others. Two-thirds of gun deaths in this country are suicides, according to the U.S. Centers for Disease Control and Prevention." Interestingly, the climactic act of violence in "Joker" appears to draw from a real-life incident, but flips it upside down. When the Joker shoots a late-night talk show host on live TV, the mythology of Christine Chubbuck comes to mind.

Chubbuck, a newscaster in Florida, shot herself during a live broadcast in 1974. Her story has recently reentered the zeitgeist with multiple films made in 2016 about her life and legacy.

"She was terribly, terribly, terribly depressed," her mother told reporters at the time. "No close friends, no romantic attachments or prospects of any... She couldn't register with people... She felt if you've tried as hard as you can, you've prepared yourself, you work hard, you reach your hand out to people and nobody takes it, then there's something wrong with your drumbeat."

There are clear parallels between Chubbuck's characterization and the Joker's new origin story. Only in the real-life version, the person who struggled with depression killed herself, not other people.

"Joker" paints the villain's violent actions as inevitable because of his depression and psychosis. This only serves to further stigmatize mental illness, painting its very existence as inherently dangerous - and deflecting attention from real predictors of violence.

Related Links
Watch: Sneaky ways movie theatres get you to spend more money
'Breaking Bad' is getting a film sequel six years after the series ended. Here's everything we...
Discovery gets people to sign up for life insurance using free movie tickets, Liberty says – and...
Next on Business Insider
Video shows Western fighters ambushing Russian armoured vehicle in Ukraine with rocket launcher