Thousands of animals around the world are at risk of extinction. But not jellyfish — they're thriving in warm, polluted water. A growing body of evidence suggests the planet is in the midst of a sixth mass extinction.

Between 500,000 and 1 million plant and animal species face extinction, many within decades, according to a report from the United Nations. Pollution, habitat loss, warming oceans, and other consequences of climate change are driving animal populations down on an unprecedented scale.

But one group of creatures is bucking this ominous trend: jellyfish.

Jellyfish have roamed Earth's oceans for 500 million years. The bell-shaped underwater denizens can be found all over the world; there are some 4,000 species of them, according to the Smithsonian Institute.

Over the past two decades, global populations of many jellyfish species have skyrocketed. Swarms of them, known as "jellyfish blooms," have become more common worldwide, forcing beach closures, causing power outages, and killing other fish.

Recent research has revealed that the increases in jellyfish populations can be linked to human activity, too. As greenhouse gases trap heat on the planet, oceans are heating up - they absorb 93% of that excess heat. Unlike many marine species, jellies can thrive in warmer water with less oxygen. What's more, their natural predators, like turtles and sharks, are being overfished by humans.

Here's what to know about why jellyfish are thriving - and why their population explosion could be dangerous.

Jellies are 95% water. The creatures don't have brains, stomachs, intestines, or lungs. Instead, nutrients and oxygen slip through their gelatinous layers of see-through skin.

They move by rapidly contracting their mushroom-shaped bell to expel water, which propels them forward. Trailing tentacles then brush against prey, immobilising the jelly's next meal with tiny venom-filled stingers. The tentacles move that prey up into the creature's body cavity, where it gets digested.

Jellies are opportunistic feeders, meaning they'll ingest just about anything: microscopic plankton, crustaceans, and fish larvae are all fair game. They'll even consume other jellies, according to the Smithsonian Institute. Jellies aren't vulnerable to fluctuating temperature, acidity, and salinity like other marine species, according to JSTOR Daily.

In the last 100 years, average ocean surface temperatures have risen by about 1.6 degrees Fahrenheit (0.9 degrees Celsius), according to the National Oceanic and Atmospheric Administration. Last year was the hottest on record for the seas. Warmer waters, in turn, mean less oxygen. This double whammy severely hurts many marine creatures, like coral, but not jellies. In mid-latitudes, in fact, higher water temperatures lead jelly embryos and larvae to develop more quickly, and the animals enjoy longer reproductive periods, according to Inside Climate News.

Jellies are already good at reproducing. A breeding female nettle, for example, can spawn 45,000 eggs per day, according to Smithsonian Magazine.

Surprisingly, maritime shipping and undersea drilling industries also benefit jellyfish, since one of the creatures' reproductive stages, the polyps stage, requires them to settle on a hard surface. Man-made structures like docks or oil rigs are easier for jellyfish polyps to attach to than sand or rocks on the ocean floor, according to the Smithsonian Institute.

What's more, many polyps are also tolerant of low-oxygen conditions.

When inland rivers carry fertiliser run-off from agriculture to coastal waters, that can create competition-free buffets for jellies. After high concentrations of fertiliser run-off enter the ocean, plankton and algae populations explode. This algal proliferation further depletes the oxygen in the water, causing what's known as a "dead zone" in which marine life cannot survive.

But some jellies can. These creatures happily feed on plankton, so dead zones offer them competition-free eating grounds.

The number of coastal dead zones has doubled every decade since the 1960s; there are now roughly 500, Smithsonian Magazine reported. Fishing also removes jellies' competition for food; anchovies and squid eat the same type of plankton as jellyfish, so the more those species get removed from the seas, the more plankton jellies can access, according to the Smithsonian Institute.

A 2012 study from the University of British Columbia concluded that "jelly?sh populations appear to be increasing in the majority of the world's coastal ecosystems and seas." The study definitively linked this increase to human activity.

Groups of jellies are called "blooms" or "outbreaks." 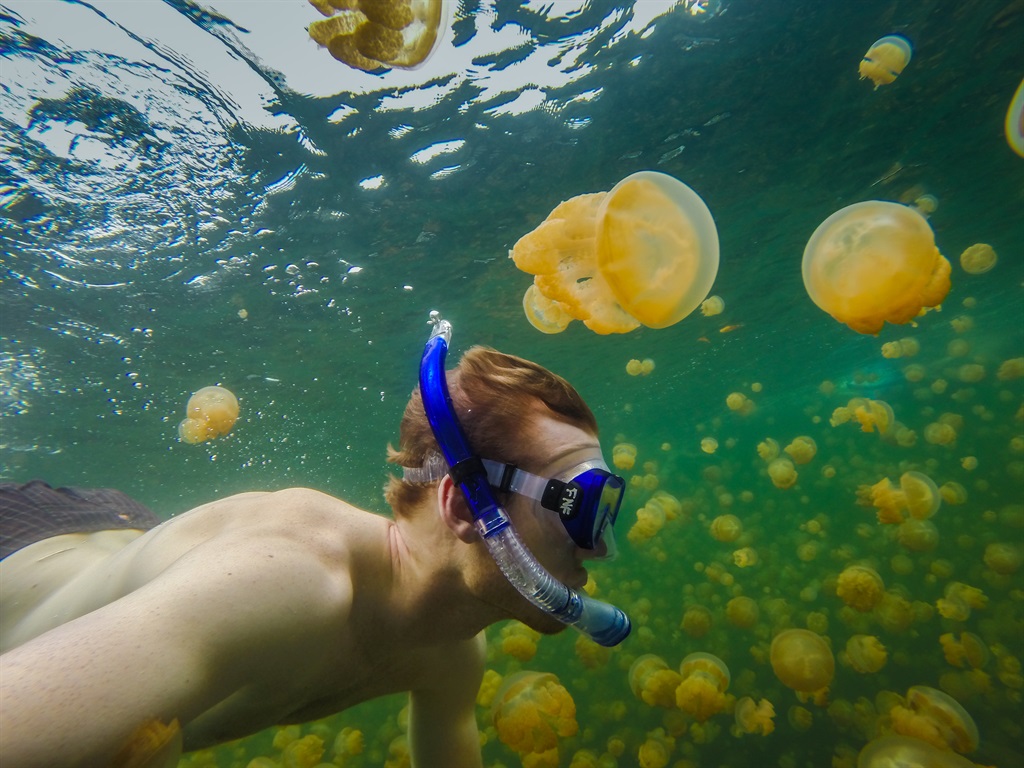 These blooms can cause a variety of problems.

For one, they prevent swimmers and beachgoers from entering the water. Some 150 million jellyfish stings occur annually worldwide. While not every jellyfish species has a sting that's painful or even perceptible to people, some can be dangerous or even deadly.

Some types, like the Chironex fleckeri species of box jellyfish, can kill a human in 3 minutes. Box jelly venom targets the heart and nervous system, and packs such a punch that swimmers can drown or die of heart failure before reaching shore.

In January, nearly 4,000 people were stung in one weekend by blue bottle jellies that drifted ashore in Queensland, Australia. Then, in 2018, more than 1,000 people were stung over the course of one week after jellyfish blooms popped up offshore near Volusia County, Florida.

In large numbers, jellies can clog power-plant pipes and force them to shut down. On December 10, 1999, 40 million people living on the Philippine island of Luzon lost power after thousands of jellyfish were sucked into the cooling pipes of a local coal-fired power plant.

In 2011, jellyfish overwhelmed the cooling system at a coal power plant near Hadera, Israel. Two years later, jellies also got sucked into the cooling pipes at one of Sweden's nuclear reactors, forcing a shutdown.

Jellyfish swarms can also be deadly for other marine creatures. In 2007, a mauve stinger jellyfish swarm 10 square miles (16 square kilometres) in size killed 100,000 salmon in a fish farm off the coast of Ireland.

Overall, mounting evidence suggests, underwater ecosystem may be changing from one dominated by fish to one ruled by jellies. This is - in part - a situation of own making: A 2009 study noted that human-induced stresses, including overfishing, climate change, and habitat modification, "appear to be promoting jellyfish blooms to the detriment of other marine organisms."

Related Links
25 stunning photos of jellyfish in honour of World Jellyfish Day
A rare jellyfish has quietly been eating other jellies at the Cape Town Aquarium, much to the...
A human-sized jellyfish with frilly tentacles has been caught on camera — the largest researchers...
Next on Business Insider
Ukraine released intercepted audio of Russian soldiers trying to pull strings to get sent home from war