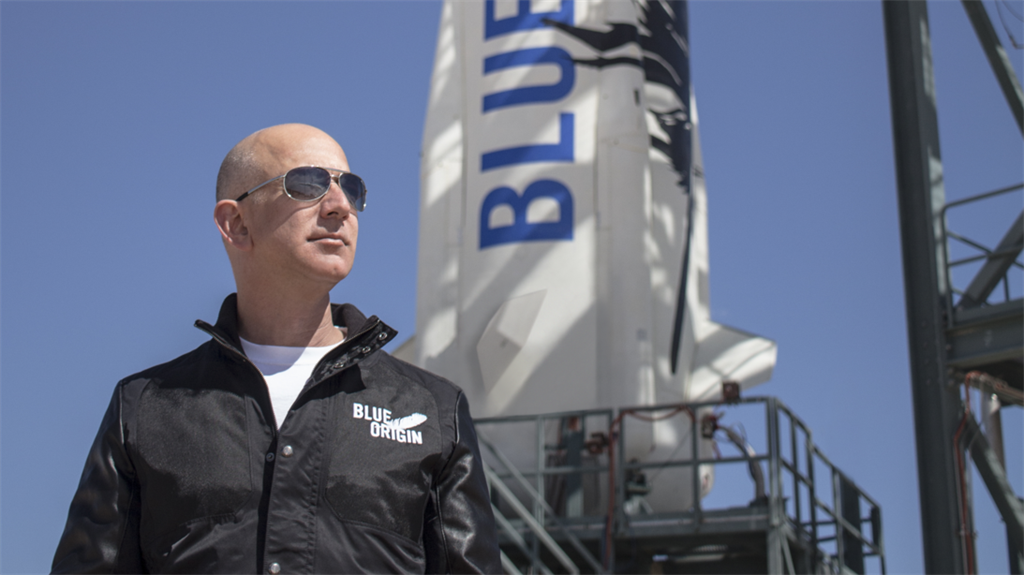 Jeff Bezos, founder of Blue Origin, inspects New Shepard’s West Texas launch facility before the rocket’s maiden voyage.
Blue Orgin
If everything goes according to plan, Blue Origin will reach the moon by 2023.

The space exploration company, founded by Amazon CEO Jeff Bezos in 2000, has laid out plans for bringing larger payloads to the lunar surface — which is a precursor to human settlements, it says.

At the Space Frontier Foundation’s NewSpace conference in Renton, Washington, A.C. Charania, Blue Origin's development director, said the program is an important step to eventually be able to land many kilograms on the moon. Any mission aimed at human settlements would need this capability, he added.

Charania added that Blue Origin is hoping to land partnerships with organizations like NASA in order to continue landing on the moon with "larger and larger payloads."

In April, Blue Origin successfully completed a launch and re-entry with a reusable rocket that lands back on Earth after the flight is completed. It was the eighth test flight of its New Shepherd rocket.

The company is also planning on venturing into space tourism, which it hopes to start selling tickets for by 2019. In 2015, Blue Origin said it planned to send humans to space in test flights by 2017 — a goal it didn't reach.

Watch: Jeff Bezos explains the plan for a lunar settlement

Related Links
NASA launched 20 mice into space on a SpaceX rocket while their identical twins stay on Earth —...
Burglars got away with breaking into billionaire Jeff Bezos's Beverly Hills mansion after leading...
Buzz Aldrin, who walked on the moon, wants the lunar surface to become a launch pad for Mars —...
Next on Business Insider
Meta's limits on employee abortion conversations could easily backfire