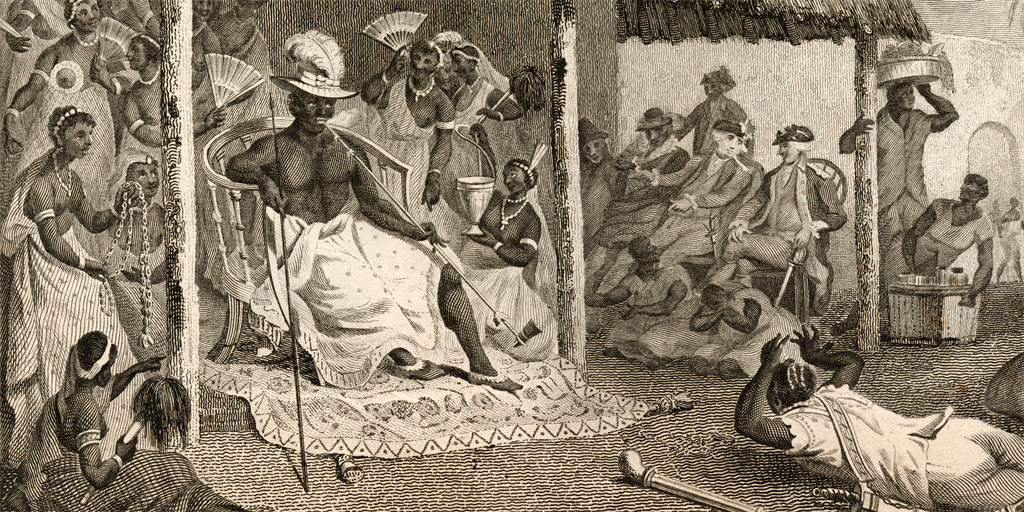 The above illustration from 1793 shows a depiction of the King of Dahomy, a kingdom in modern-day Benin.
Archibald Dalzel/Royal Geographical Society/Getty Images

A DNA test helped one man not only learn about his roots - but discover he's royalty.

Speights told the Post that in April, he took an AncestryDNA test to learn about his heritage. Like many African Americans, Speights didn't know much about where specifically in Africa his ancestors came from before they were enslaved.

After getting his initial results back from the company, he learned that he had a distant cousin from Benin. He then decided to input the data into a secondary database just for African Americans and within minutes it alerted him that he had "royal DNA," the Post reported.

It reportedly wasn't until a few months later, when a contingent from Benin visited a New York seminary where Speights serves as an executive director, that he connected to his long-last family. A member of the contingent recognized the name of Speights' distant relative and gave him the king's phone number, according to the Post. Jay Speights, 66, an interfaith leader who lives in Rockville, Md., made an accidental discovery last year: He is an African prince.
Sarah L. Voisin/The Washington Post via Getty

The first time Speights called King Kpodegbe Toyi Djigla, the royal reportedly hung up. But after calling back, the king had Speights talk to his wife, who speaks English, and the two started corresponding over email.

Speights learned that he was a decedent of King Deka, 9th King of Allada, who ruled from 1746 to 1765, the Post reported.

Allada is a state in central Benin, a country that was home to West Africa's largest slave port. Benin's history with slavery is fraught since the nobility worked with Western slave traders to sell other Africans into the trade.

Speights' newfound family had no explanation for why his ancestors ended up slaves in America. They told him that the royal family never would have sold their own people into slavery.

Speights told the Post he traveled to Benin for the first time last month, after receiving an invitation from his royal relatives.

He was met at the airport with dancing and music, and was later enthroned by the king who gave him crowns and white lace robes to signal his work as a holy man.

He was also given a new name, Videkon Deka, which means "the child who came back."

"I thought I was going to go, hang out with the family, do some sightseeing," he told the Post. "But this was something else."

Speights plans to return to Benin every year, and will bring his brother, daughters, and wife next time.