Japan just dropped a bomb on an asteroid This image from JAXA shows its SCI explosive dropped from Hayabusa2 spacecraft to make a crater on the Ryugu asteroid on Friday.
JAXA via AP

Japan's space agency said it successfully dropped a small bomb on an asteroid on Friday as part of its mission to better understand the history of the solar system.

The SCI weighs about 2 kg and is the size of a baseball, The Associated Press (AP) reported.

The goal of the explosion was to create an artificial crater on Ryugu. JAXA is currently examining if or how it managed to create the crater. A computer graphic showing the Hayabusa2 spacecraft above the Ryugu asteroid.
JAXA via AP

A copper plate on the bottom of the ball was expected to turn into a ball as it fell from the spacecraft and slam into Ryugu at 2 km per second, the AP said. It was intended to punch a 10 meter-wide hole into the asteroid, the BBC reported.

Friday's mission was incredibly risky for Hayabusa2 as it had to immediately move to hide on the other side the asteroid in order to shield itself from any flying debris from the explosion.

JAXA is currently waiting for images of the explosion to transmit back to Earth. It is not entirely clear how long this will take. 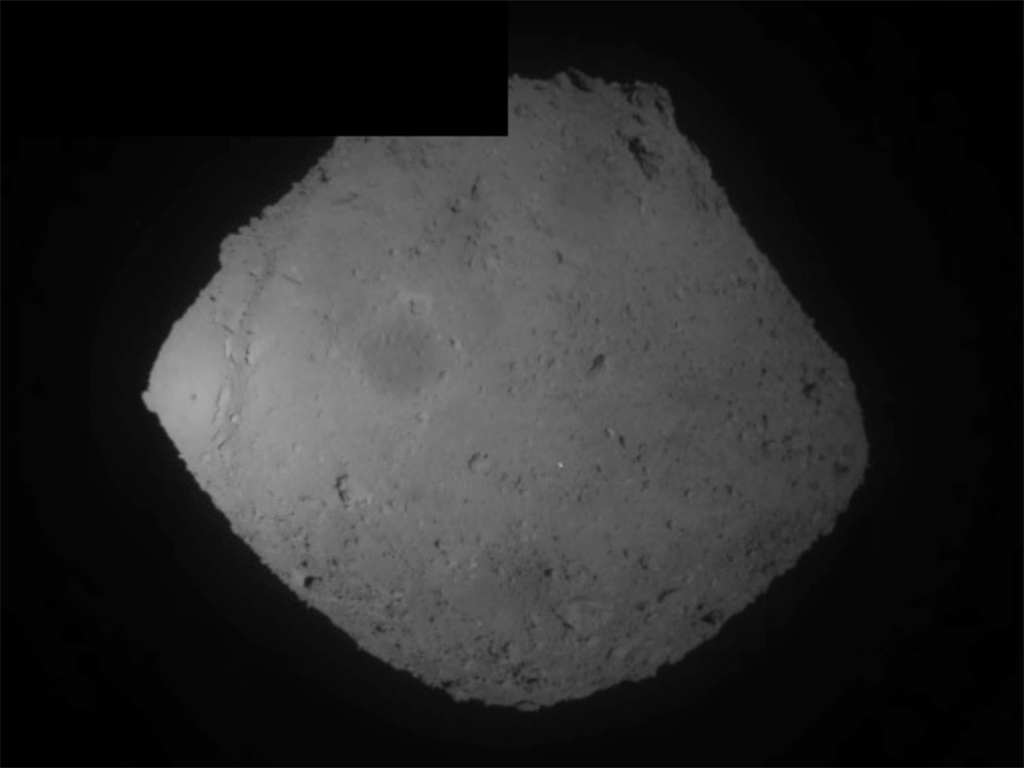 The Ryugu asteroid as seen on Friday.
JAXA via AP

If all goes according to plan, JAXA plans to send Hayabusa2 back to the asteroid later, when dust and debris from the explosion settles, the AP said.

The agency hopes to gather underground samples of Ryugu, which could contain organic substances and water that could point to the origins of the solar system, Japan's Kyodo News reported.

It is hoped that Hayabusa2 and the samples it has gather will return to earth by late 2020. Last September JAXA landed two hopping robots onto Ryugu, also as part of the Hayabusa2 mission - making Japan the first country in the world to land rovers on an asteroid.

Hayabusa2 also successfully touched down on a flat surface on Ryugu in February and collected surface dust and debris. The shadow of Hayabusa2 spacecraft after its successful touchdown on the asteroid Ryugu during a separate mission on February 22, 2019.
JAXA via AP

Markoto Yoshikawa, the mission leader, said according to the AP: "So far, Hayabusa2 has done everything as planned, and we are delighted. But we still have more missions to achieve and it's too early for us to celebrate with 'banzai.'"

Related Links
Stephen Hawking: Humans need to leave Earth or risk being annihilated by nuclear war or climate...
'A terrible, terrible thing:' NASA says India has created so much space junk it now threatens...
Watch a man eat a Big Mac that he sent to space and back after it landed 3 hours away
Next on Business Insider
Japan is encouraging young people to drink more alcohol to help boost its economy