The island is located in the Tyrrhenian Sea.
DEA/V. GIANNELLA/Getty Images

Tucked between Rome and Naples is Santo Stefano, a tiny island with a significant past

The volcanic island sits abandoned in the Tyrrhenian Sea. But 56 years ago, the island was home to a functioning prison, where criminals, political dissidents, bandits, and anarchists had been banished.

Today, only a handful of fishermen, scuba divers, or adventurous visitors trek to the overgrown island and its surrounding shore.

Italy plans to change that, however. In a new effort to spark tourism to the Ventotene region, authorities say they will renovate and revive the island by turning it into an open-air museum, CNN's Silvia Marchetti reports. A three-story building on the island had 99 cells.
DODDYTANK/Getty Images

Currently, only a few guided tours welcome visitors to the prison and its ruins, but Italian officials want to turn it into an even larger tourist attraction.

The country plans to spend R3.1 billion "restyling" it into an open-air museum, according to CNN. Beyond showcasing the prison's past, the museum would be designed as an academic hub and host art workshops and seminars on the European Union, CNN's report says.

The plan is in its early stages; currently, the officials are securing the island, and later this month, authorities are expected to launch a call for proposals on how to renovate the jail, according to CNN.

By 2025, officials hope to have the island open for visitors, the report says. The CNN report suggests that some buildings and areas will be restored with their original functions, while others would serve a completely new use.

"It's been shut for decades, in total decay. There is no light, no running water. Access is tricky," Silvia Costa, the government commissioner in charge of the restyle, told CNN of the old prison building. "The renovation focuses on telling the story of the pain suffered in this jail, preserving this symbolic place of memory but looking towards the future."

The island was built in the 18th century, where infamous people have spent their final years A painting by Vincenzo Montefusco shows Luigi Settembrini, a politician, who was confined to the prison of Santo Stefano.
DE AGOSTINI PICTURE LIBRARY/Getty Images

Santo Stefano's penitentiary was completed and opened in 1795, according to Atlas Obscura.

The 99-cell prison ran under strict, centralised leadership, while punishments were harsh and food was scant, CNN reports.

Over the course of the prison's lifespan, it has held political dissidents, bandits, criminals, and anarchists. Inmates included the writer and politician Luigi Settembrini, the brigand Carmine Crocco, the anarchist Gaetano Bresci, and the bandit Sante Pollastri, according to the blog Italian Ways.

During Italy's fascist rule from 1922 to 1943, the prison was largely used for political dissidents like Sandro Pertini, who would later become Italy's president, according to Atlas Obscura.

In the 1950s, the jail took a positive turn. Eugenio Perucatti, the jail's director, improved the space and the lives of the incarcerated individuals by adding amenities like a football field, gardens, and a movie theater, CNN reports. He also had the incarcerated people run artisan shops, where they could sell and buy goods, according to CNN.

The jail was shut down in 1965. Officials hope to preserve the abandoned buildings today 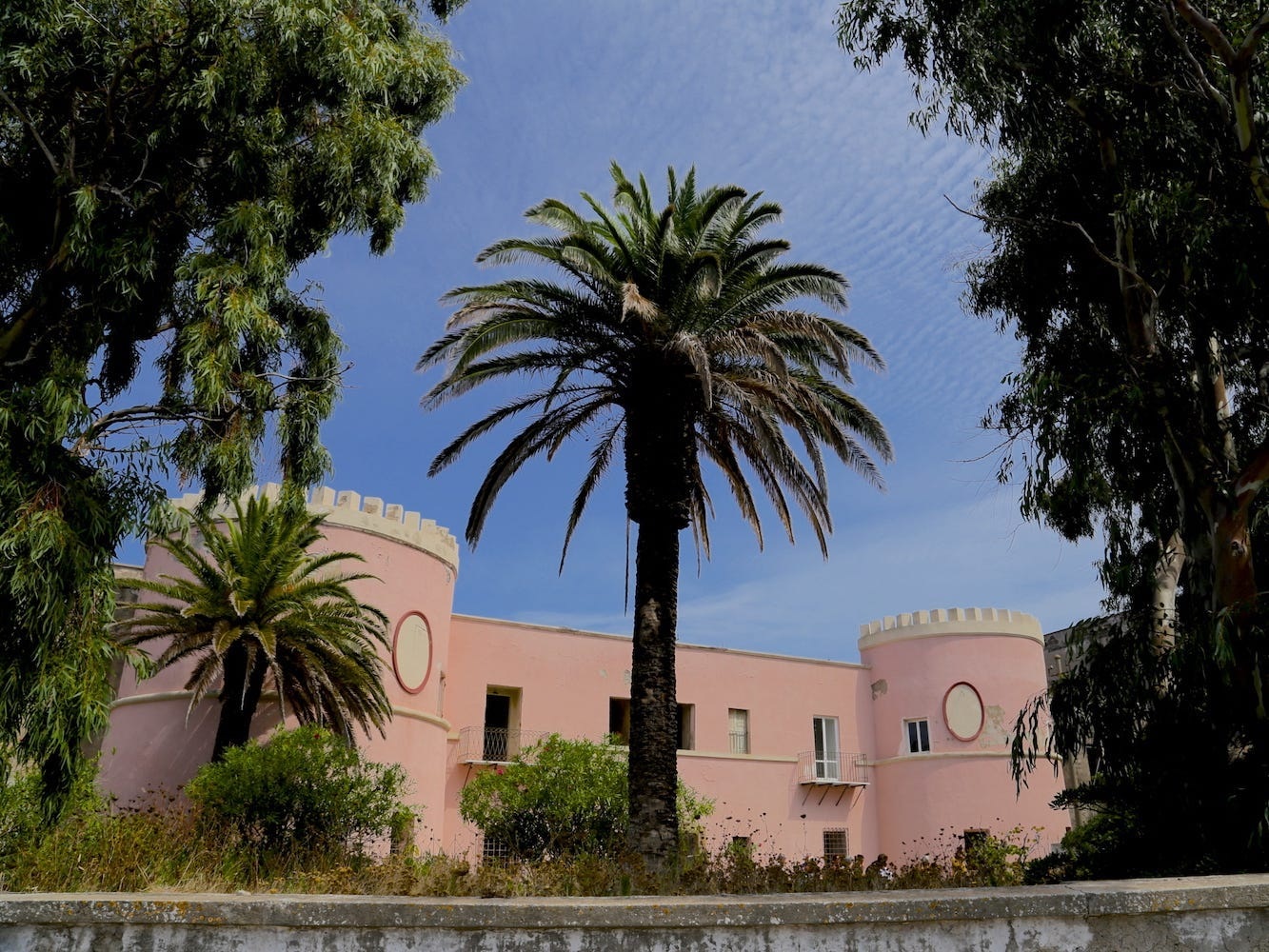 One of the island's many abandoned buildings.
DODDYTANK/Getty Images

Currently, visitors can step into a handful of the open cells, where paint is peeling off the walls and doors hang off their hinges, CNN reports.

But the renovation is expected to revive much of the island.

Speaking to CNN, Costa said that the goal is to recover and preserve the buildings and parts of the island "with an environmentally friendly approach that takes into account the uniqueness of the island's natural habitat."

For example, the prison cells, which form a horseshoe shape, may become an amphitheater or event space

The building, which holds 99 cells, has a circular shape.
Stefano Batistini/ShutterStock

Beyond a museum, local officials want to create a space that is a "hub for world academics uniting on key issues such as green policies, human rights, freedom of speech, European citizenship and Mediterranean dialogue," Costa told CNN.

To accomplish that, CNN reports that authorities are considering turning the main cell area into an event space.

The prison building is a panopticon, a circular structure that allowed guards to watch all 99 cells at once. In the present day, the shape could possibly function as an amphitheater for events, according to CNN. An image of a cell, which has paint peeling of its walls.
DODDYTANK/Getty Images

The island is also home to a football field and an adjacent locker room. Plans include turning this and the former jail director's house into a hostel with 30 low-cost rooms, according to CNN.

Other areas of the former prison, like the church, bakery, and gardens, are expected to be renovated as well The island was once home to a bakery where its inhabitants made bread, according to CNN, which reports that this area of the prison is set to be a restaurant and café for visitors and would include a panoramic terrace garden.

The former garden and orchards would also be revived with trees, plants, and flowers, CNN reports, while the church is expected to be renovated and become part of the museum.

As the island's abandoned past is expected to come back to life, officials hope to create new history on the land

According to CNN, the renovation is set to be complete by 2025, when travellers can once again set foot onto the island.