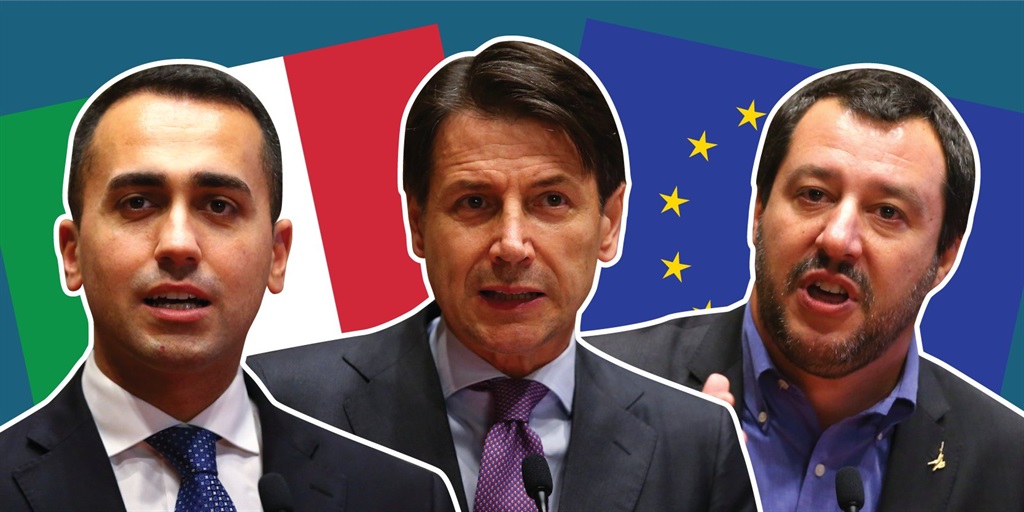 (L to R): Luigi Di Maio, Giuseppe Conte, and Matteo Salvini
Shayanne Gal/Business Insider
Three months after its inconclusive general election, Italy finally has a government. On Friday, President Sergio Mattarella swore in the technocrat Giuseppe Conte as the country's latest prime minister. He will head up a coalition of the populist parties: the Five Star Movement and the Northern League.

The road from the election to the government was anything but smooth. Italy may be renowned for its chaotic, dysfunctional politics but even by its standards, the last seven days have been crazy.

Emerging from the chaos are three men who now hold Italy's fate — and very possibly the fate of the entire eurozone — in their hands: Giuseppe Conte, Luigi Di Maio, and Matteo Salvini.

Who are these men? And how did they go from relative unknowns to controlling the government of the eurozone's third-largest economy? 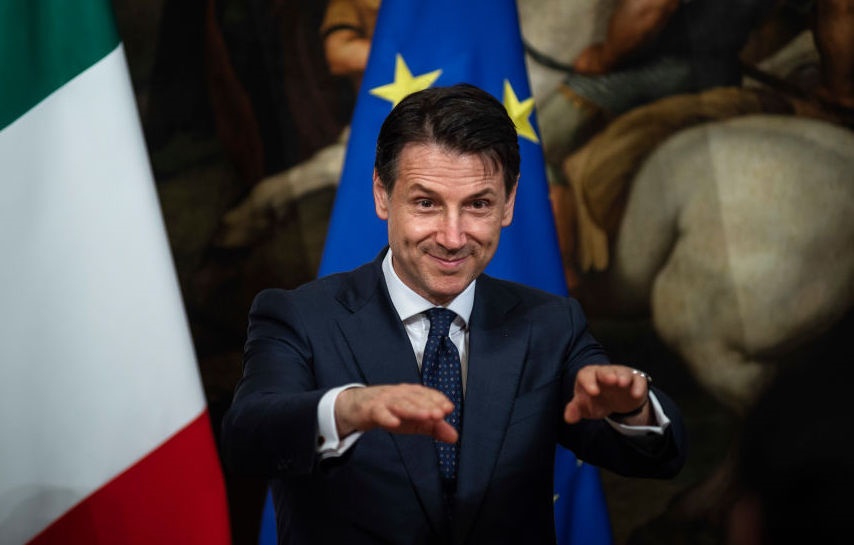 New Prime Minister Conte is by no stretch a politician.

He lectures in public-administration law at the University of Florence and the University of Bologna and Corriere Della Sera, one of the country's most prominent newspapers, said in a profile of Conte that while he has a "very long curriculum vitae," he does not "have a clue about politics."

Conte may have a low profile, but he is not a complete unknown, having been tipped during the election campaign earlier in the year to become the newly created minister for public administration and simplification. In this role, he would have removed what are seen as unnecessary laws from Italy's statute book. This was one of the key election pledges of the Five Star Movement.

Conte's name was first mentioned as the coalition's prime ministerial candidate in late May. However, shortly after it emerged that much of Conte's CV was heavily embellished. For example, his CV claims that he "refined" his education in legal principles at New York University, but when contacted by the New York Times, the university had no record of his studying there.

Conte's CV also claims that he attended Cambridge University, but it has been alleged that this attendance may have actually taken the form of a visit to his girlfriend at the time, who was attending a summer school programme.

His policy agenda is somewhat unknown given his minimal political experience. Perhaps the most striking thing about Luigi Di Maio, the leader of the Five Star Movement, is his youth. Di Maio is only 31-years-old, and looks even younger. But his age belies a steely determination that has helped facilitate his rapid rise to the higher echelons of Italian politics.

His story is not that of an archetypal politician. He grew up in Naples, dropped out of university, and prior to becoming Five Star leader had never held a professional job.A headline in the Daily Telegraph prior to his election described him as a "former waiter."

Di Maio — who will take the very wordy role of Minister of Economic Development, Labour, and Social Policies in the new government — is often considered the most pragmatic person in Five Star's senior leadership team. He has shifted his position on numerous policies frequently.

For instance, before the March election he had ruled out Five Star joining any coalition, but soon after the election began work to form a government with other parties after it became clear Five Star would not have a majority in the Chamber of Deputies, the lower house of Italy's parliament.

Di Maio's stance on the euro is one of those areas where he has shifted allegiances, but he is currently committed to keeping Italy in the single currency.

"An exit from the euro is not under discussion, much less leaving the European Union," he said in March. "We want to remain in the EU's Economic and Monetary Union." Salvini, the head of the Northern League, is a decade and a half older than Di Maio, but has enjoyed a similarly meteoric rise, going from the leader of an extremist fringe party to Italy's Minister of the Interior in rapid time.

"We are under attack. Our culture, society, traditions and way of life are at risk," Salvini said in March.

In a notable incident, he described a Nigerian migrant suspected of murdering an Italian teenager as a "worm" in a Facebook post. "What was this worm still doing in Italy? The left has blood on its hands," he wrote.

As the minister of the interior, Salvini's responsibilities include internal security and the protection of the constitutional order, although he is not directly responsible for immigration.

Salvini, like most populist leaders, has been described as "Italy's Donald Trump" — particularly after the launch of his party's "Italians First" slogan, which resonated with Italians after years of anaemic growth and mass migration.

Salvini is famed for his energy and stamina. "I'm lucky enough not to need sleep, but after two or three days following him around, I'm dead," the League's economics chief Claudio Borghi said during the election campaign, according to Reuters.