Demonstrators clash with riot police during a protest against new lockdown measures in Piazza Castello in Turin, Italy, on October 26, 2020.
Mauro Ujetto/NurPhoto via Getty Images

People across Italy are violently protesting a second wave of lockdown measures imposed Monday to combat a spike in Covid-19 cases.

Prime Minister Giuseppe Conte said Sunday that "to avoid a second general lockdown," gyms, swimming pools, cinemas, and theaters must shutter until November 24 at the earliest, with all bars and restaurants to close by 18:00 every day.

On Monday, the country recorded 17,012 new cases and 141 new deaths, according to the health ministry. On Sunday, it also reported a new high of 21,273 daily new cases, along with 128 deaths. Despite this, the new rules were met with derision across Italy.

Businesses said they will crumble under the measures, though Conte has promised a compensation package to alleviate the damage.

Protests also broke out in major cities and small towns alike. The largest and most violent were seen in Turin, Milan, and Naples.

Video posted to social media showed a group of men breaking into and looting a Gucci store in Turin on Monday.

Two Egyptian nationals were arrested over the looting, the ANSA news agency reported, adding that arrests were also made over the looting of a Louis Vuitton store in the city.

A total of six people were arrested in Turin on Monday in relation to "violence, fires, and looting," according to ANSA.

Earlier in the evening, dozens of the city's taxi drivers created a peaceful blockade in Piazza Castello, a popular city square, to protest the lockdown, the Stato Quotidiano newspaper said.

Protesters in Naples also gathered to protest the new lockdown measures on Monday night, with many in attendance creating a din by shaking cutlery and cocktail mixers, according to La Repubblica. People are tired, desperate and have enough.

In Milan, police detained 28 people following clashes with protesters, according to La Repubblica.

And in Rome, around 300 people gathered to protest, with two police officers injured during clashes. A group of protesters Lecce chanted the slogan: "Better the risk of dying from Covid than the certainty of dying of hunger," La Repubblica reported. Conte said Sunday that the anger was understandable, but added: "We can't allow professional organizers of social unrest to infiltrate these protests." 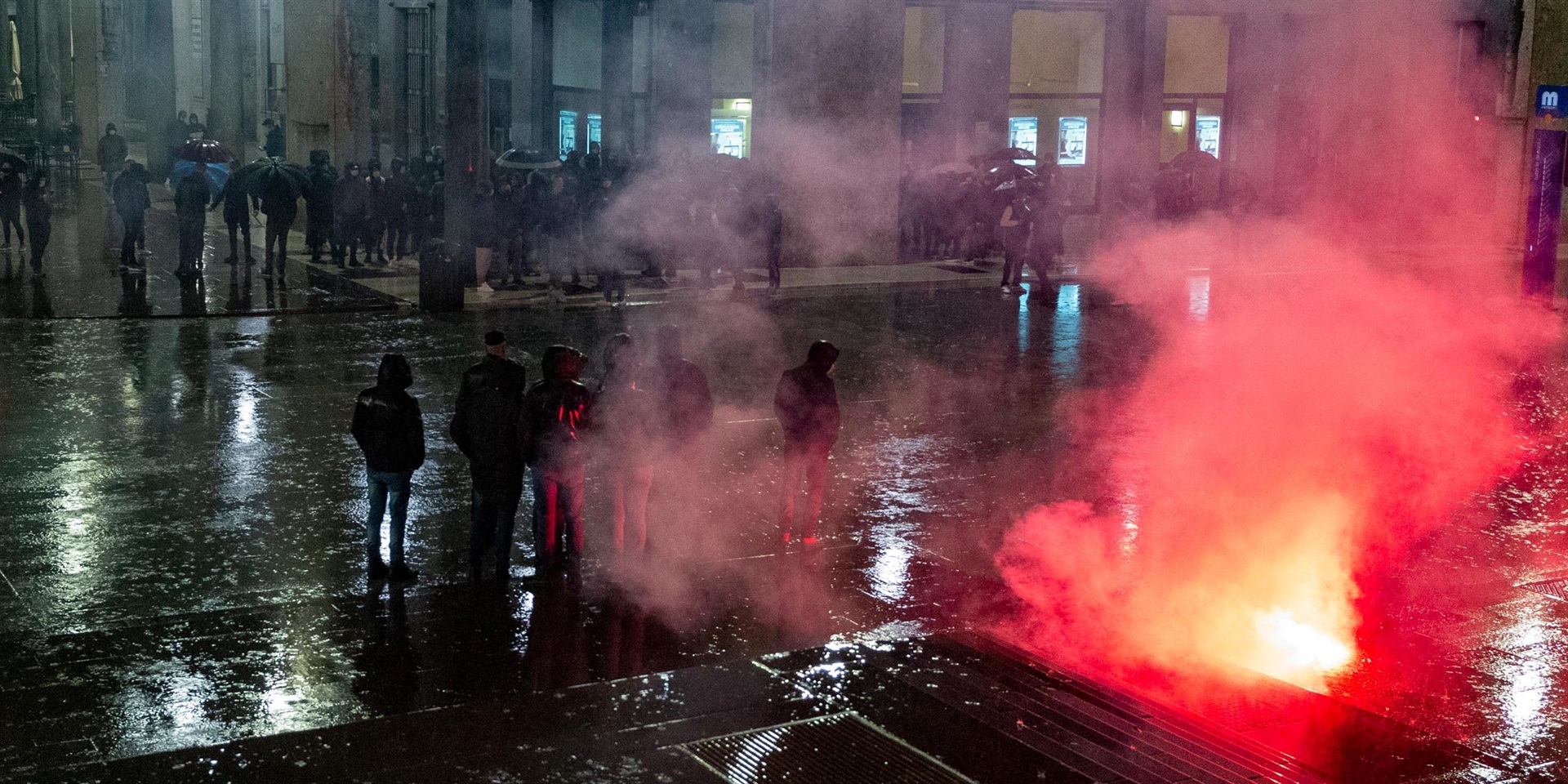 The measures that came into force Monday at the latest and most severe in a string of new rules introduced this fall.

Most recently, on October 19, Conte gave local mayors the power to shut down their town centers by 21:00.

Before that, on October 7, the government made it compulsory to wear masks outdoors.

In September, Italy seemed to be avoiding the second wave that was hitting Europe. This week, it joined its neighbors in struggling to contain their outbreaks.