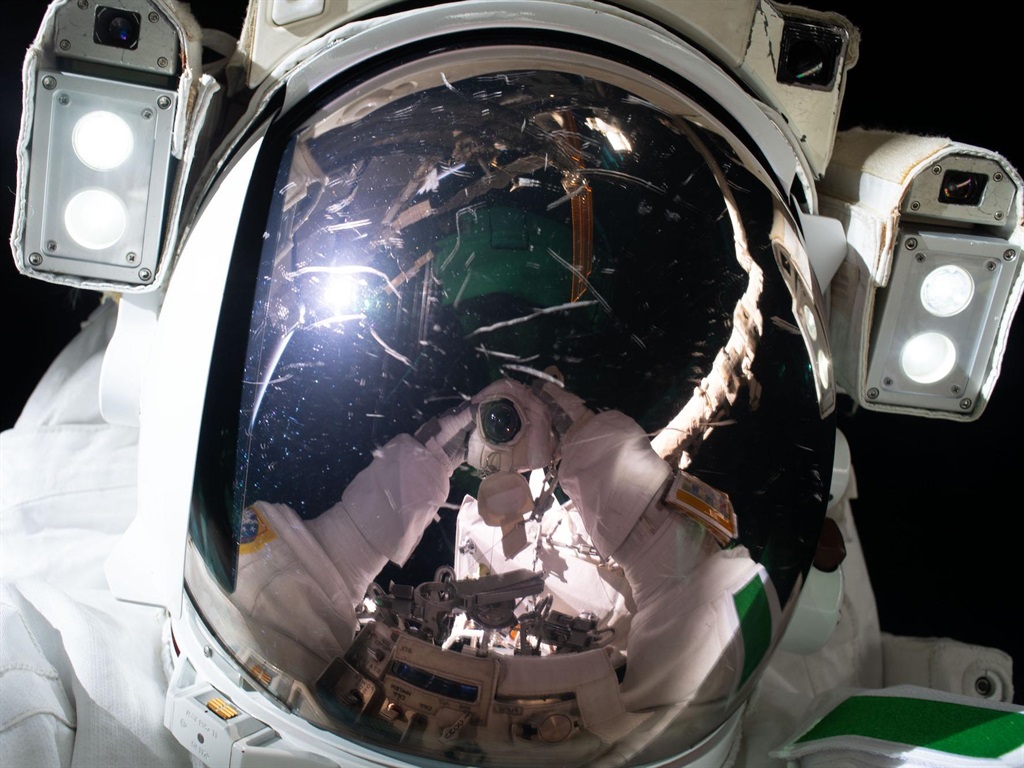 An Italian astronaut takes a selfie in space.

We're all striving for that perfect selfie, but an Italian astronaut Luca Parmitano just put every Instagram influencer and celebrity to shame by taking a selfie in space.

Parmitano is currently serving as the third European and first Italian in command at the International Space Station, according to his website.

The photograph, which was taken on 25 January and uploaded on to NASA's Flickr page, can be seen below.

An Italian astronaut takes a selfie in space.
NASA Johnson

From the photo appears that Parmitano held up a camera up to his reflective space helmet, which doubled up as a mirror, and captured the space selfie.

According to NASA, Parmitano was with fellow astronaut Andrew Morgan and the pair were finalising thermal repairs on the Alpha Magnetic Spectrometer - a dark matter and antimatter detector.

The spacewalk lasted six hours and 16 minutes, and other photographs showing the astronauts at work can be seen below: It isn't the first time Parmitano has snapped a photo of himself while orbiting the earth.

He took a similar selfie in 2013 during his first spacewalk when he was working as a flight engineer for Expedition 36.

Related Links
New, detailed pictures of planets, moons, and comets are neither photos nor animations — they're...
SpaceX just launched and intentionally exploded a rocket for NASA in a vital safety test of its...
The Egyptian pyramids may align with an ancient north star. NASA scientists found that star...
Next on Business Insider
Wanted: Somebody to play a car racing game for six months, at R10,000 per month