Israel offers a glimpse of herd immunity – with 80% of adults vaccinated, cases drop to 15 per day As the US scrambles to incentivise people to get vaccinated, Israel is reaping the benefits of its successful vaccine rollout: The nation reported just 15 new daily coronavirus cases, on average, in the last week - its lowest count in more than a year.

The decline in infections has been so encouraging that Israel lifted some of its last remaining coronavirus restrictions on Tuesday. Businesses can now operate at full capacity, and residents no longer have to show proof that they've been vaccinated to enter restaurants, sporting events, or entertainment venues.

Even before the new rule, Israel's schools were fully open, masks were no longer required outdoors, and mass gatherings were taking place across the country. Now Israel's only barrier to normal life is a requirement to wear masks in public indoor spaces - a rule that could be lifted as soon as next week, according to Israeli health officials.

"This is probably the end of Covid in Israel, at least in terms of the current strains that we know," Dr. Eyal Zimlichman, deputy director general at Sheba Medical Center, Israel's largest hospital, told Insider. "We've obviously reached herd immunity."

Scientists previously estimated that getting to herd immunity - the threshold beyond which the virus can't easily pass from person to person - would require countries to fully vaccinate 70% to 85% of their residents. But Israel has vaccinated just 60% of its citizens, or roughly 80% of its adult population, so far. Vaccines haven't been authorised there for children under 16 yet.

That's a sign that other countries could vanquish their outbreaks with similar vaccination levels, Zimlichman said. He estimated that around 70% of Israeli citizens now have immunity to the virus, either through vaccines or natural infection.

"We know now for sure that this number is enough to create herd immunity," he said. 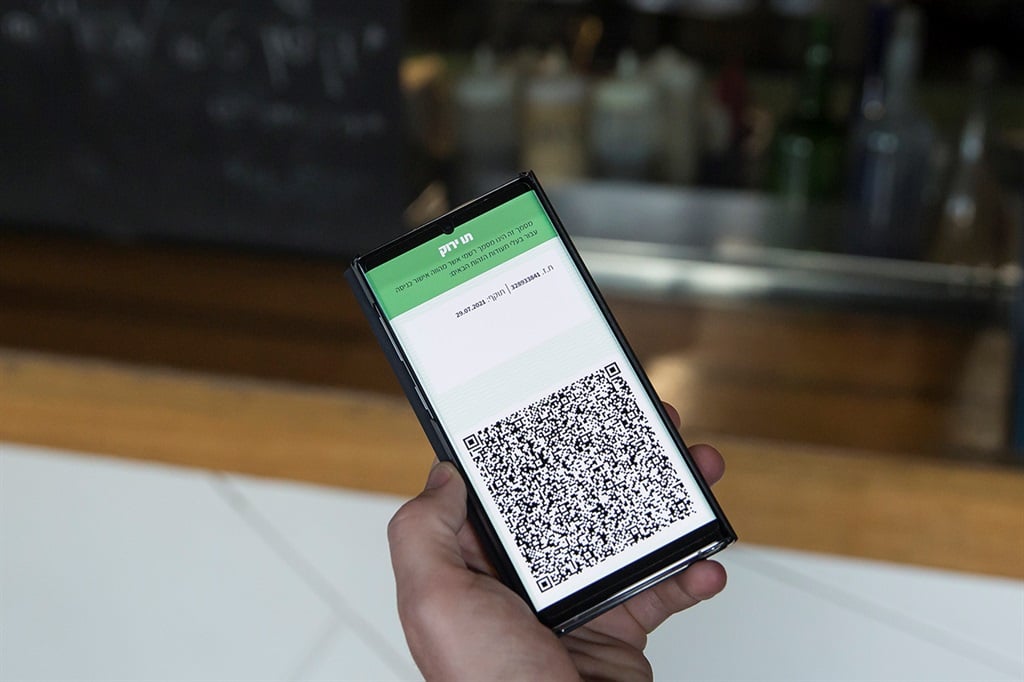 Experts are hopeful that the US is following Israel's trajectory: The nation has fully vaccinated 52% of adults and 41% of total residents so far.

But an April Kaiser Family Foundation poll found that 13% of Americans never plan to get vaccinated, while 15% are still waiting to decide. Another 6% said they would only get vaccinated if shots were required for work, school, or other activities.

"I'm optimistic about actually getting to 60%, but the daily reported doses have been decreasing since around mid-April," Jorge Alfaro-Murillo, an associate research scientist at the Yale School of Public Health, told Insider. "The first people who get the vaccine are of course going to be the ones that were more willing to take it."

The US is vaccinating less than 1.2 million people per day, on average, compared to 3.3 million at its peak in mid-April. States are now incentivising people to get vaccinated by offering lottery tickets, vacations, or cash prizes.

Israel took a different approach to vaccine incentives: Its Green Pass system allowed people to enter restaurants, sporting events, museums, gyms, and hotels only if they showed proof of vaccination or a negative Covid-19 test.

"Life became much easier for you if you were vaccinated and that was another incentive for people," Zimlichman said. "They didn't want to feel like second-level citizens."

Several human-rights organisations have called on Israel to give Palestinians vaccines right away.

"In the Palestinian communities, if they're not vaccinating as much and then there's a new strain that comes up that can evade the vaccine protection, then that's going to be a big issue," Alfaro-Murillo said.

Mass gatherings in Israel put vaccines to the test A crowded street in the Israeli town of Meron on April 30, 2021.
Jack Guez/AFP/Getty Images

"We're not seeing more people get vaccinated - it's pretty rare at this point," Zimlichman said. "Those that wanted to get vaccinated had more than enough opportunities at every age level over the age of 16."

Now the country's vaccination rate is being put to the test by mass gatherings.

In late April, tens of thousands of Israelis gathered in Galilee for Lag B'Omer, a Jewish holiday - the largest public gathering in Israel since the start of the pandemic. A stampede at the event killed dozens and left around 150 people hospitalised.

Then last month, many Israelis crowded in bomb shelters amid the violent clashes between Israel and Gaza.

All the while, infections continued to drop: Israel's average weekly coronavirus cases have declined 80% in the last month.

"If you came to Israel, the sense would be that this is a country that doesn't have any Covid," Eyal Leshem, an infectious-disease specialist at Sheba Medical Center, told Insider.

Israel is still closed to most travelers Israelis and vaccinated tourists get tested for COVID-19 upon arrival to Israel's Ben Gurion airport on May 23, 2021.
Jack Guez/AFP/Getty Images

Part of Israel's success may have to do with the nation's tight travel restrictions. It's is still closed off to most tourists, and incoming travelers are required to quarantine for two weeks, then take a Covid-19 test on their ninth day in the country.

The US, by contrast, just recommends that Americans avoid countries with high transmission. Residents are allowed back into the US by presenting a negative Covid-19 test. Fully vaccinated Americans don't have to quarantine after returning to the country.

"We're much bigger than Israel and we also have a lot more people that are coming in and going out of the country," Alfaro-Murillo said. "I don't feel like this is going to be over until the whole world is where Israel is right now."