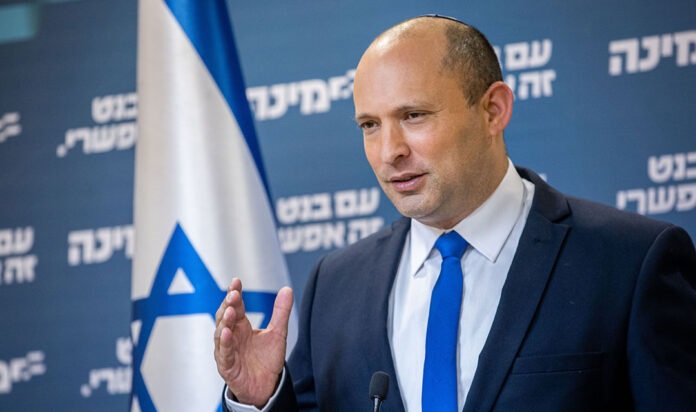 Naftali Bennett gives a press conference at the Knesset, the Israeli parliament in Jerusalem, April 21, 2021. (Yonatan Sindel/Flash90 via JTA)

Israel said it is battling a new outbreak of Covid-19, which struck despite its success vaccinating its population.

Prime Minister Naftali Bennett said on Tuesday that a recent surge in infections means Israel is dealing with a "new outbreak."

And the director of Israel's health ministry said around 70% of new infections were the Delta variant.

Israel on Wednesday expanded powers meant to control the surge.

It said health officials can quarantine anyone who has been exposed to the variant, even if they have been vaccinated or previously infected, Reuters reported.

Israel has the world's highest share of its population fully vaccinated, according to Our World in Data.

Its vaccination success means that virtually all coronavirus-related restrictions have been removed, apart from requiring some people to quarantine and insisting on measures for international travellers.

The Israeli news outlet Haaretz reported that the 125 new cases the country recorded on Monday was the highest daily count in two months.

The Delta variant now makes up a majority of cases in the UK, and is making up an increasing proportion of US cases.