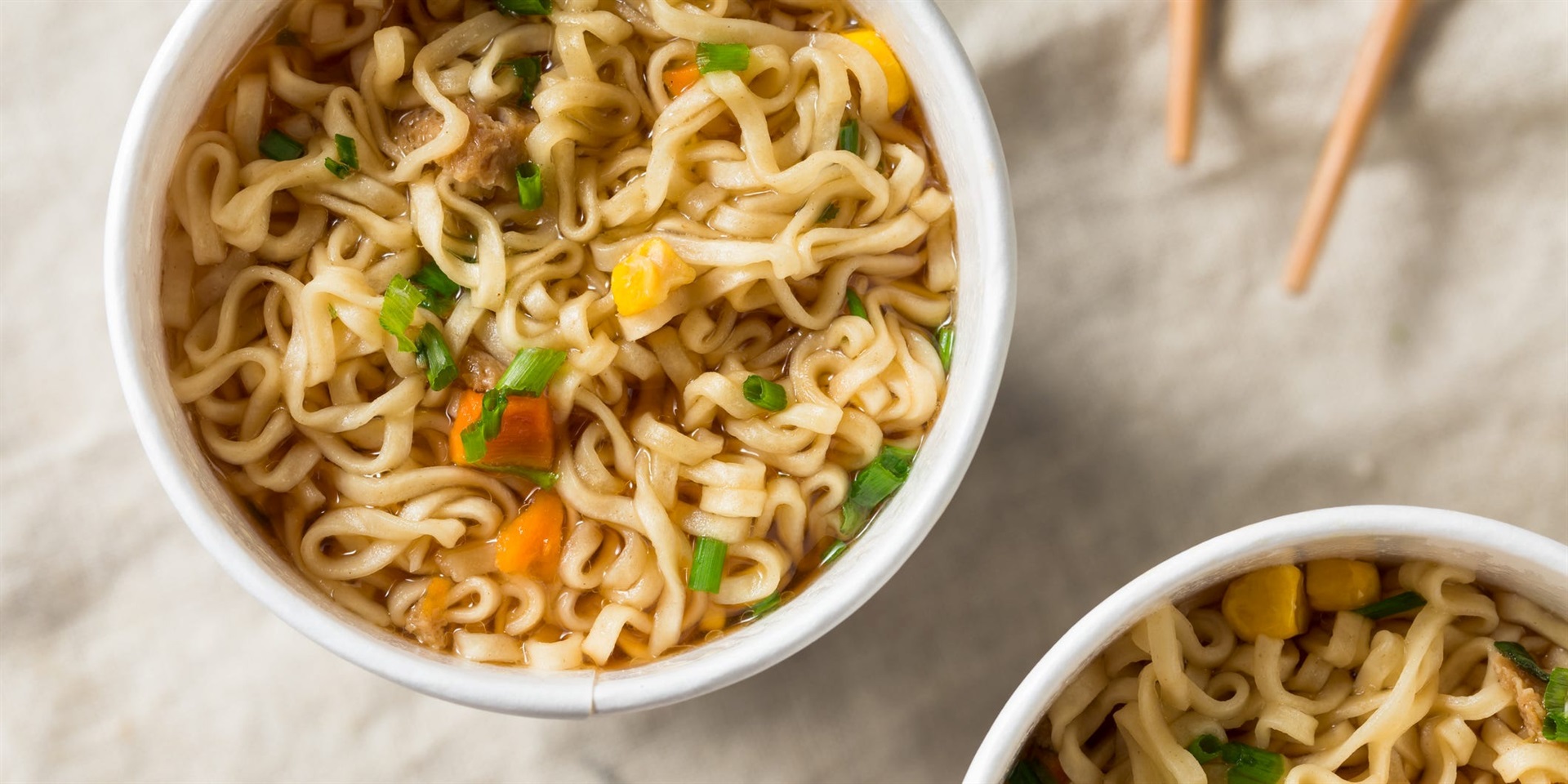 MSG can be found in some packaged foods like instant noodles.
bhofack2/Getty Images

MSG is a flavor enhancer commonly associated with Chinese takeout food, but it's also found in some canned goods and processed meats. Once thought to cause adverse side effects like headache and nausea, MSG has become a controversial additive. But, the science says it's not all that bad.

Here's what you need to know about MSG and its effects on your health.

Monosodium glutamate, otherwise known as MSG, is derived from a naturally occurring amino acid in our bodies. Amino acids are organic compounds that are essential for bodily functions. The substance is also naturally present in most foods, such as:

However, MSG is most commonly known as a popular food additive that has an extra savory, umami flavor. It is produced by fermenting starch, sugar beets, sugar cane, or molasses.

Some of the products that may contain MSG as an additive include:

"It really can be in any packaged or processed food," says Katherine Zeratsky, RD, LD, a registered and licensed dietitian at Mayo Clinic.  The FDA labels all products with the additive MSG, but does not label products that have naturally occurring MSG.

No, MSG is not bad for you

In 1968, a physician sent a letter to the New England Journal of Medicine. In it, he described symptoms like nausea and chest pressure that he claimed came from the Chinese food he ate. He believed MSG was to blame.

This single incident — along with a subsequent MSG study on mice that found brain damage after administering extremely high doses that were non-reflective of human intake — led to the popular idea that ingesting MSG would result in adverse health effects. Due to the original letter, this became known as "Chinese Restaurant Syndrome."

However, contrary to popular belief, MSG is not bad for most people.

While there have been some studies that hint at possible negative effects, such as obesity or nerve damage, worries about MSG are misplaced. The majority of studies have found that man-made MSG is metabolized identically to its naturally occurring counterpart and poses no health risk.

In fact, the FDA even placed the substance on the GRAS list, short for "generally recognized as safe."

"Throughout the literature, there really isn't firm evidence in any way that MSG is unhealthful," says Soo-Yeun Lee, PhD, a food scientist, and professor at the University of Illinois Urbana-Champaign.

Lee conducts research on flavor and taste, including a more recent focus on MSG as a salt substitute. With one third the amount of sodium as table salt, she says MSG can reduce sodium content in snack food.

Most people consume twice as much salt as they should, and lowering this salt intake can reduce high blood pressure and accompanying risks, such as stroke or heart disease.

Some people may be sensitive to MSG

However, just like any food, a small percentage of people may have a short-term negative reaction to MSG. Though it's important to note that MSG could be mixed with other additives or processed ingredients, Zeratsky says, so it may not always be what's causing the issue.

For those who may be sensitive to MSG, symptoms are short-term and often mild. They may include:

If you experience these symptoms and think MSG is to blame, the best option is to begin avoiding food containing the ingredient. For those who feel their symptoms are more severe, consult your doctor.

While some may have a negative reaction, MSG is considered safe for the majority of people to consume. Overall, MSG is a useful savory enhancer with few health risks. There's not much controversy here, just a whole lot of flavor.