Is Ethernet faster than Wi-Fi? Yes, and a hardwired connection offers other benefits as well

Though they can be less convenient, Ethernet cables are typically much faster than Wi-Fi.
Westend61/Getty Images

The advent of Wi-Fi was a great thing. It has granted easier internet access in harder-to-reach areas, made connecting new devices a breeze - and not to mention, reduced the amount of cables on our floors.

However, if you're looking for the fastest and most consistent connection possible, you should still stick with an Ethernet cable. It's less convenient, but boasts all sorts of advantages.

If you want a fast connection, you should consider connecting as many of your devices as possible to Ethernet. This is because Ethernet is nearly always faster than a Wi-Fi connection from the same router.

It's true that radio waves are incredibly fast. But an Ethernet cable lets your devices send and receive data almost instantaneously. This is especially true if you have a fiber-optic connection.

This also means that it doesn't matter how close or far you are from your router. As long as your Ethernet cable reaches, you'll see little to no loss in speed.

You can compare Wi-Fi and Ethernet speeds by running a quick speed test using both connections. You'll almost certainly find the Ethernet connection to be faster. 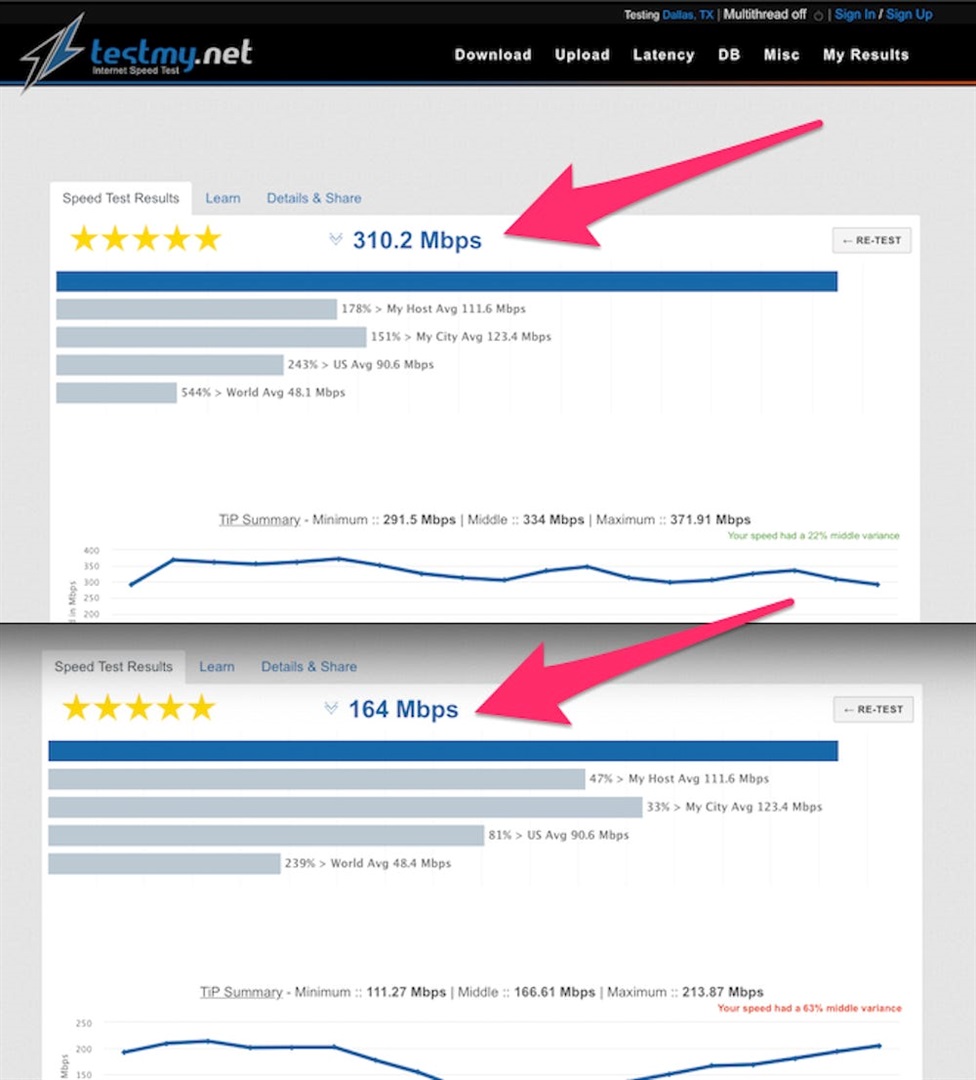 According to testmy.net, internet download speed is almost doubled on this device when using an Ethernet cable, at 310.2 Mbps, compared to 164 Mbps without.
Emma Witman/Insider

Our own quick test showed an Ethernet download speed almost double that of Wi-Fi.

Ethernet is more stable than a Wi-Fi signal Some laptops have an Ethernet port built in, while others - especially Macs - require a special adapter.
Chalongrat Chuvaree / EyeEm/Getty Images

In short, this means that the data is less likely to get lost or degrade along the way. You also don't have to worry about the signal being blocked or slowed down by nearby electronics or barriers.

Unless your Ethernet cable physically breaks, there's not much that can disrupt it, short of a power outage.

Although a clever Wi-Fi network name like "FBI Surveillance Van" might dissuade some neighbors from trying to hack your network, you're still more secure with an Ethernet connection.

Any Wi-Fi password can be hacked with enough effort, and since Wi-Fi signals pass through the open air, they can be intercepted. But to gain access to an Ethernet connection, you need to have the cable and the router. There's no way to hack into Ethernet without a physical connection.

Related Links
A theme park in Japan is offering a 'workation' package that allows people to work from its...
New tenants may get their first month free - as 20% of Sandton, Soweto rental homes stand empty
Google ditches its free WiFi service in South Africa – three months after launch
Next on Business Insider
Meta's limits on employee abortion conversations could easily backfire