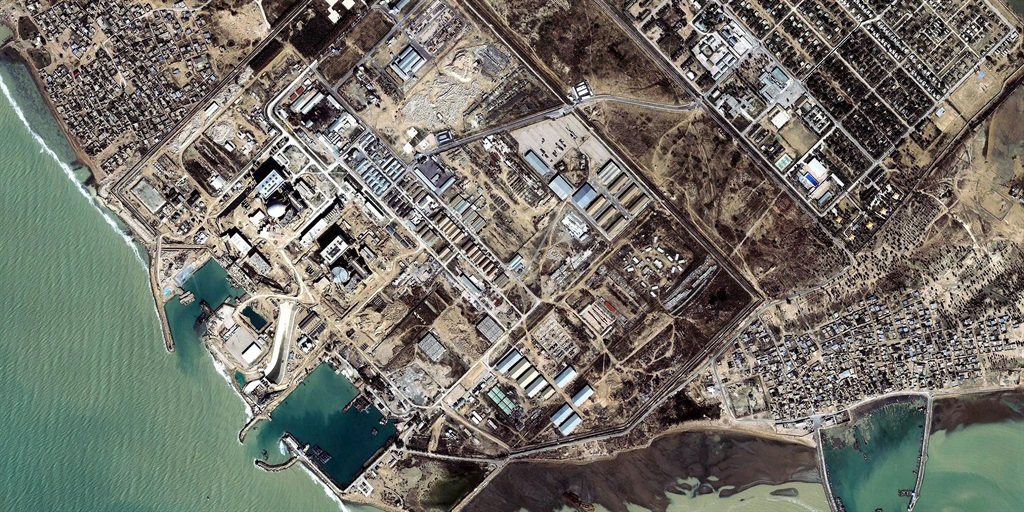 This satellite image shows a nuclear reactor facility near Bushehr, Iran. The US believes this facility and others in Iran could be used by Iran to make nuclear weapons.
Space Imaging Middle East/Getty Images

Iran says it will exceed limits on its enriched uranium stockpiles agreed in its 2015 nuclear deal, the latest escalation in tensions after the US accused Iran of sabotaging oil tankers last week.

Under the 2015 deal - formally known as the Joint Comprehensive Plan of Action (JCPOA) - Iran agreed with the Obama administration and several European states to limit uranium production.

It said it would stick to a 300kg of uranium hexafluoride, enriched to 3.7% until 2030. It now says it will breach the limit within 10 days.

US President Donald Trump formally withdrew the US from the deal in May 2018. The other western signatories said they would stick to the deal, but its authority was dramatically weakened by US withdrawal.

According to Reuters, Iran's Atomic Energy Organization spokesman Behrouz Kamalvandi announced on Monday: "We have quadrupled the rate of enrichment and even increased it more recently, so that in 10 days it will bypass the 300 kg limit".

According to the Washington Post, Iran in May threatened to breach the 300kg uranium limit unless the remaining countries in the deal gave it economic concessions, giving them a 60-day deadline.

The Post also reported that stockpiles of above 300kg would put Iran in reach of a having a nuclear arsenal, with multiple bombs. As little as 15kg of enriched uranium is enough to build one nuclear bomb.

US sanctions against Iran have increased intermittently since the US pulled out of the JCPOA in May 2018. On November 5, 2018, the US reimposed all of the sanctions on Iran that were halted when Iran signed the deal in 2015.

The US then imposed several new sanctions on Iranian industry, and said it plans to ultimately take no Iranian exports whatsoever.

One of those sanctions was on Iran's Persian Gulf Petrochemical Industries Company, which the US says accounts for 50% of all petrochemical exports from Iran.

Then, in April 2019, the US said it would not renew waivers which had allowed some countries to buy Iranian oil. The Trump administration said it would punish those who continued with sanctions on those countries.

Tensions are currently high between the US and Iran after unexplained attacks on two oil tankers off the Iranian coast on Thursday.

The US has said Iran is responsible for the attacks, and continued its criticism over the weekend.

On Sunday US secretary of state Mike Pompeo told Fox News that there was no doubt Iran had orchestrated the attack.