A US woman was just charged in the suicide of her boyfriend, and his death highlights the ongoing epidemic of relationship abuse against men 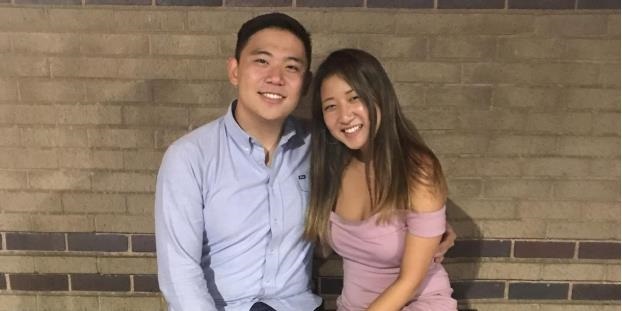 Alexander Urtula with Inyoung You, who has been charged with voluntary manslaughter in Urtula's death by suicide.
Suffolk County District Attorney's Office

She texted him and texted him - 47,000 times in a two-month period. The messages, according to prosecutors, said he should "go die" and suggested multiple times that he should kill himself. In the end, after nearly a year and a half, Alexander Urtula listened.

Prosecutors say she was "physically, verbally and psychologically abusive" toward Urtula during their 18-month relationship. Suffock County District Attorney Rachel Rollins said in a press conference that friends and family believed You had complete and total control over Urtula, and that she "created life-threatening conditions" for Urtula.

The case of Alexander Urtula highlights a little-discussed aspect of the domestic violence problem - men being abused by women.

According to the US National Coalition of Domestic Violence, one in four men have experienced some form of physical violence at the hands of an intimate partner, compared to one in three women. Nearly half of all men have dealt with some sort of psychological aggression by an intimate partner, the Centers for Disease Control and Prevention reports.

And further, among male high school students who have experienced sexual and physical abuse by a dating partner, one in four has seriously contemplated suicide.

Heather Frederick, the bilingual digital services manager for Love is Respect, an organisation that assists young people in dating relationships, said that statistics for all genders are under-reported because many people who have experienced abuse don't come forward.

"For men, we have to estimate that these numbers are much lower than the reality," she told Insider. "It's not unsurprising at all that men who are experiencing abuse by their partner - whether their partner is male or female or trans or nonbinary - don't feel supported in reporting." Alexander Urtula documented the alleged abuse he suffered from Inyoung You in his journal.
Suffolk County District Attorney's Office

Laura Palumbo, communications director for the National Sexual Violence Resource Center, said that gender can be a barrier to men coming forward because men of cultural expectations of masculinity.

"Specifically for men when it comes to sexual abuse, domestic violence, and dating abuse, there's this idea that men should be able to protect themselves," she told Insider. "They should be strong, they should be in control in their relationship, and this is a pressure that is very significant for young men in particular."

Palumbo said that it's difficult for men to pick on signs of abuse because there's a cultural dialogue of abuse being a "women's issue." But in reality, Palumbo told Insider, abuse can really affect anyone.

"It is important for us to expand our framework of who's impacted by this issue and what it means to be a victim," she said. "Not only for men that have been abused by a female partner, but for young men who have been abused by a same-sex partner, and for people of all different gender identities and orientations that are experiencing these forms of abuse but may not necessarily know where to go for help."

Palumbo said warning signs of non-physical abuse include threats, insults, and monitoring. She said that an abuser may tell their partner that they want access to their phone as a sign of love - saying they want to know where they're going, who they're talking to - when really it's an abuse of control over the person's life.

In the case of Urtula, said Rollins, "Many of the messages clearly display the power dynamic in the relationship wherein Ms. You made demands and threats with the understanding that she had complete and total control over Mr. Urtula, both mentally and emotionally."

Frederick said the first sign of an unhealthy relationship is a lack of trust, communication, and respect.

"We strongly encourage folks [to raise concern] at that first time of their partner not being respectful of your right to spend time with your friends of any and all genders, if they're questioning the time you spend with your family, if they're constantly texting when you're apart," she said. "Any of those kinds of little breadcrumbs of mistrust are really the first warning signs that this person is not treating you with respect, not treating you as an equal, and are trying to control you."

Palumbo and Frederick recommended abuse victims and people witnessing abuse to contact the Domestic Violence hotline, or go to Love is Respect to speak with someone about the relationship.