15 things you didn't know were invented by women Throughout history, countless women have made invaluable contributions to the world, despite facing gender-based discrimination.

In honour of International Women's Day 2019, which is celebrated on March 8 every year, INSIDER rounded up 15 inventions by women that you may not know about.

From the iconic chocolate-chip cookie to the first bulletproof fabric, see them all below. With a Ph.D. in theoretical elementary particle physics, Dr. Jackson was the first African-American woman to receive a doctorate from MIT in any field.

From 1976 to 1991, Dr. Jackson conducted research at AT&T Bell Laboratories, where she helped contribute to the development of caller ID and call waiting. In 2016, then-President Obama awarded Dr. Jackson the highest honour for scientific achievement in the US, the National Medal of Science. Johnson's "artificial freezer" was made up of an outer wooden pail, an inner tin cylinder, and a paddle connected to a crank. To make ice cream, you had to fill the outer pail with crushed ice, fill the inner cylinder with the ice cream mix, and manually crank a handle that churned the mix around.

Her invention was patented on September 9, 1843.

Along with colleague George Hitchings, Gertrude Elion developed some of the first drugs for treating major diseases such as leukaemia, herpes, and AIDS. Elion and Hitchings developed a method known as "rational drug design" that helped revolutionize drug making. Their research allowed them to interfere successfully with cell growth, which led to the development of the first effective drugs for treating leukaemia, along with several other illnesses.

Elion also discovered azathioprine, an immunosuppressant that made it possible for people with weak immune systems to receive organ transplants.

Knight's knack for innovation started at a young age. When she was just 12 years old, she invented a safety device for cotton mills.

During her time at the Columbia Paper Bag Company in 1867, Knight began working on a machine that created flat-bottomed bags. When fellow machinist Charles Anan tried to steal her idea, Knight sued him and won the patent for her machine after a long legal battle.

In 1965, Stephanie Kwolek developed a synthetic fibre that was so strong, it was bulletproof.

When Kwolek started working at the DuPont Company in 1964, her team was focused on finding a strong yet lightweight fibre for tires.

One year later, she made an unexpected breakthrough in her research when she created a new fibre that was five times stronger than steel. DuPont patented the fibre that same year under the name Kevlar, which is now used in everything from bulletproof vests to military helmets to racing sails.

In 1995, Kwolek became the fourth women to be inducted into the National Inventors Hall of Fame.

Known for her contributions to office equipment and household appliances, Gilbreth invented the shelves inside refrigerator doors, filed a patent for an improved can opener, helped General Electric design the proper height for kitchen fixtures, and more.

Together with her husband, Frank, Lillian also pioneered several industrial management techniques, designed to increase efficiency and productivity. The couple had 12 children, two of whom wrote a book about their family's life called "Cheaper by the Dozen." 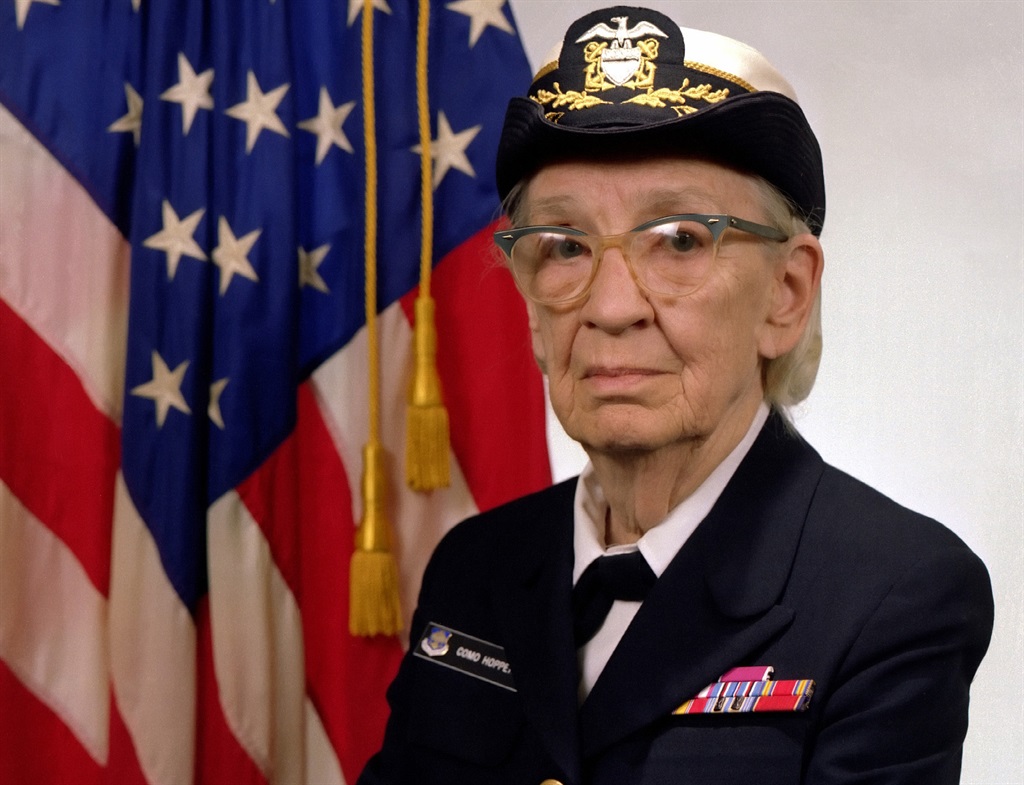 Considered one of the first three "modern programmers," Dr. Hopper made trailblazing breakthroughs in the development of computer languages.

A rear admiral in the US Navy, she is probably most well-known for inventing COBOL, or "common business-oriented language" in 1959. By the 1970s, COBOL was the "most extensively used computer language" in the world. It was also the first "user-friendly" computer software for businesses.

In 2016, Dr. Hopper was posthumously awarded the Presidential Medal of Freedom, the US' highest civilian honour, for her contributions to the field of computer science.

Elizabeth Magie invented "The Landlord's Game" in 1904. The game was later copied and sold as "Monopoly" thirty years later. An inventor and stenographer, Magie created "The Landlord's Game" to teach people about monopolies, unchecked capitalism, and the "evils of accruing vast sums of wealth at the expense of others." She was granted a patent for the board game in 1904. In 1993, Dr. Wood began working with medical scientist Marie Stoner on a method to grow skin tissue directly on patients instead of in a culture flask.

An Alabama native, Mary Anderson came up with the idea for windshield wipers when she visited New York City on a snowy day in 1902. According to Anderson's great-great-niece, Reverend Sara-Scott Wingo, Anderson was riding a streetcar that day in New York City. After noticing that the snow caused traffic jams, since there was no efficient way to clean windshields at the time, she began brainstorming ideas for a wiper of some sort.

Anderson received a patent for her "window cleaning device" in 1903.

An accomplished engineer, Dr. Katharine Burr Blodgett made several important contributions to surface chemistry including the invention of non-reflective or "invisible" glass. The first woman to receive a doctorate in physics from Cambridge University, Dr. Blodgett created non-reflective coatings for eyeglasses and "improved lenses used in cinematography." During WWII, she also made improvements to the smoke screen that helped protect soldiers from toxic smoke exposure.

Cochrane was a wealthy woman who wanted a machine that could wash dishes "faster than her servants" could. After she was granted a patent for her dishwasher, she marketed the machine to restaurants and hotels. Later, Cochrane founded a company for her dishwashers that eventually became KitchenAid.

When Marion Donovan invented the disposable diaper, she was initially mocked by the men who dominated the manufacturing industry at the time. In 1946, Donovan designed a waterproof diaper cover using nylon parachute cloth and plastic snaps. The diaper cover, which Donovan called the "Boater," debuted at NYC's Saks Fifth Avenue in 1949. It was an instant hit.

Sadly, Donovan's disposable paper diaper, which she invented in the 1950s, never took off. In fact, it wasn't until a decade later that Victor Mills, the creator of Pampers, eventually capitalized on her idea.

In 1930, Wakefield and her husband bought at a tourist lodge in Whitman, Massachusetts, called the Toll House Inn. One day, while baking cookies, she realized she was out of baker's chocolate and used a semisweet Nestle chocolate bar instead, thinking that it would melt into the mix.

But the chopped-up pieces of chocolate stayed intact, and the chocolate-chip cookie was thus born. Van Brittan Brown, who worked as a nurse, came up with the idea of a home security system after seeing the rising crime rates and slow police responses in her neighborhood in Queens, New York City, according to the BBC.

She and her husband Albert Brown, an electronics technician, filed a patent for their security device in 1966, which was approved three years later in 1969, according to BlackPast.org.

Their original invention included separate camera and monitor components. The camera, which could move up and down to look through three peepholes of different heights, was placed on the front door and transmitted images to the monitor via a wireless system.