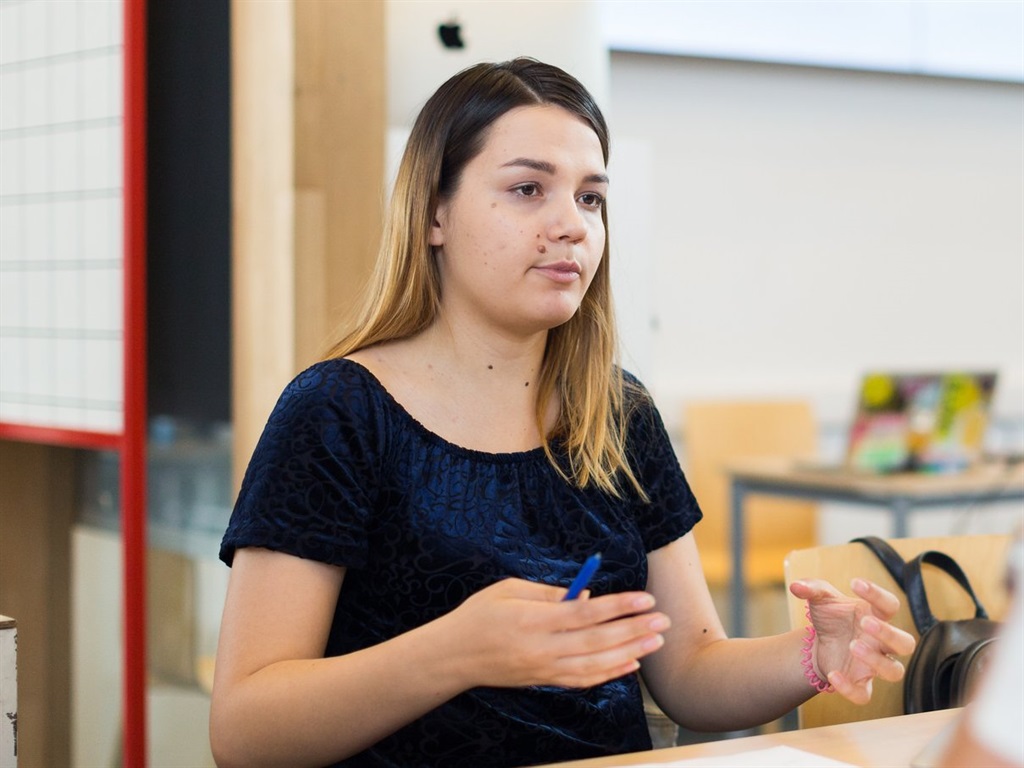 Strelka Institute for Media, Architecture and Design/Fllickr
First impressions can be hard to shake — and that's especially true in a 30-minute job interview.

So you'll want to wow the hiring manager as quickly as possible. It's mostly a matter of preparing ahead of time so that, even if you get nervous, you'll know exactly how to behave.

Below, we've rounded up the best strategies for impressing the hiring manager within the first five minutes of a job interview — or sooner. Shutterstock
Most everyone knows being late for a job interview can be a big turnoff. But showing up as early as possible isn't necessarily appealing either.Business Insider previously spoke to a number of career experts, who agreed that the ideal time to show up for a job interview is 10 to 15 minutes before the scheduled meeting time.Any earlier than that and you could frustrate the hiring manager, who's probably busy with other responsibilities.

Be polite to the receptionist There are eyes everywhere — especially at the front desk.

Business Insider's Rachel Gillett reported that some hiring managers check in with their receptionist to find out how you behaved before the interview — and the person's feedback can affect your chances of landing the position.

Tupperware CEO Rick Goings told Business Insider's Aine Cain something similar: After a job interview, he always asks his lead receptionist how the candidate treated her. When the hiring manager comes to greet you, be sure to look him or her in the eye. A shifty gaze doesn't scream "likeable" or even "smart." In one study, a pair of Northeastern University researchers asked participants to watch videos of strangers talking to each other for the first time and then rate how intelligent each person seemed. Results showed that the people who consistently made eye contact while speaking were considered more intelligent than those who didn't make eye contact. Nonverbal communication is all-important in making a solid first impression. A 2008 study published in the Journal of Applied Psychology found that, in mock interviews, students who had a firmer handshake at the beginning of the interview were ultimately perceived as more hireable. That was true even though the interviewers weren't asked to focus on handshakes specifically.

Be friendly if the person tries to make small talk Recent research suggests that seemingly idle chitchat before the interview really gets started — what psychologists call "rapport building" — can make a big impact on the interviewer's impression of you. In the study, led by researchers at Georgia Institute of Technology, Texas A&M University, and Texas Christian University, candidates who did a good job making small talk in mock interviews received higher ratings on the job-related questions than candidates who were less adept at chit-chatting, meaning the interviewers' first impressions had colored their overall impressions.

Bring extra copies of your résumé

Sure, the hiring manager has digital copies of your résumé and cover letter. But make life easy for him or her and bring a few hard copies with you.

Amanda Augustine, the career advice expert for TopResume, previously told Business Insider that you should bring one copy of your résumé for every person you'll be meeting with, plus a few extra. "You'll need one for you to reference while you talk, and one copy for each interviewer, just in case they aren't prepared," Augustine said.

You may also want to bring a pen and paper to take notes during the interview — or to work out tough problems if you're interviewing in consulting, finance, or engineering.

Ask questions that can help guide the rest of the conversation You don't necessarily have to wait until the interviewer asks if you have any questions.

Business Insider previously spoke to Lynn Taylor, a national workplace expert and the author of "Tame Your Terrible Office Tyrant: How to Manage Childish Boss Behavior and Thrive in Your Job," who said there are some questions you should ask early on in the conversation.

For example: "How did this position develop?" Taylor said it can be helpful "to let the hiring manager talk, as you gather some history on the position. You'll get some insight on whether the opening is due to turnover or growth, for example."