10 bird facts that sound fake but are true

The bird world is a fascinating - and strange - place. From a bird with claws on its wings to another bird's ability to recognise human faces, there's a lot of interesting things to know about various bird species.

Here are several bizarre bird facts with which to impress your friends and family at trivia nights.

Chickens and ostriches are the closest modern relatives to Tyrannosaurus rex. Although a link between dinosaurs and modern birds had long been suspected, in 2008 research was published in the journal Science that found molecular evidence, according to Smithsonian Magazine.

It's worth noting that chickens and ostriches aren't that closely related themselves, so there's certainly more information to be discovered.

Baby hoatzins have tiny claws on their wings. Native to the Amazon, hoatzin babies have tiny claws on their wings - as well as on their feet. Since their nests are in trees that frequently overhang water, it's a safety feature for when predators try to eat the babies. Baby hoatzins can simply hop down into the water, then climb back up the tree when it's safe, according to Audubon.

The wing claws disappear as the birds mature - once they can fly, they no longer need them.

Crows and ravens are extremely intelligent.

According to National Geographic, crows can use tools and solve logic puzzles. Further, scientists believe that ravens may even pre-plan their tasks - a trait previously thought to be exclusively human.

Read more: The smartest bird in the world can use tools like a human, and it's amazing to watch

Not only that, but they can also use touch screens - and apparently even learn to read.

In a paper published in the Proceedings of the National Academy of Sciences, scientists established that pigeons can learn to recognise around 50 words - and crucially, that they can distinguish words from non-words.

Ospreys carry their prey a specific way to be more aerodynamic. 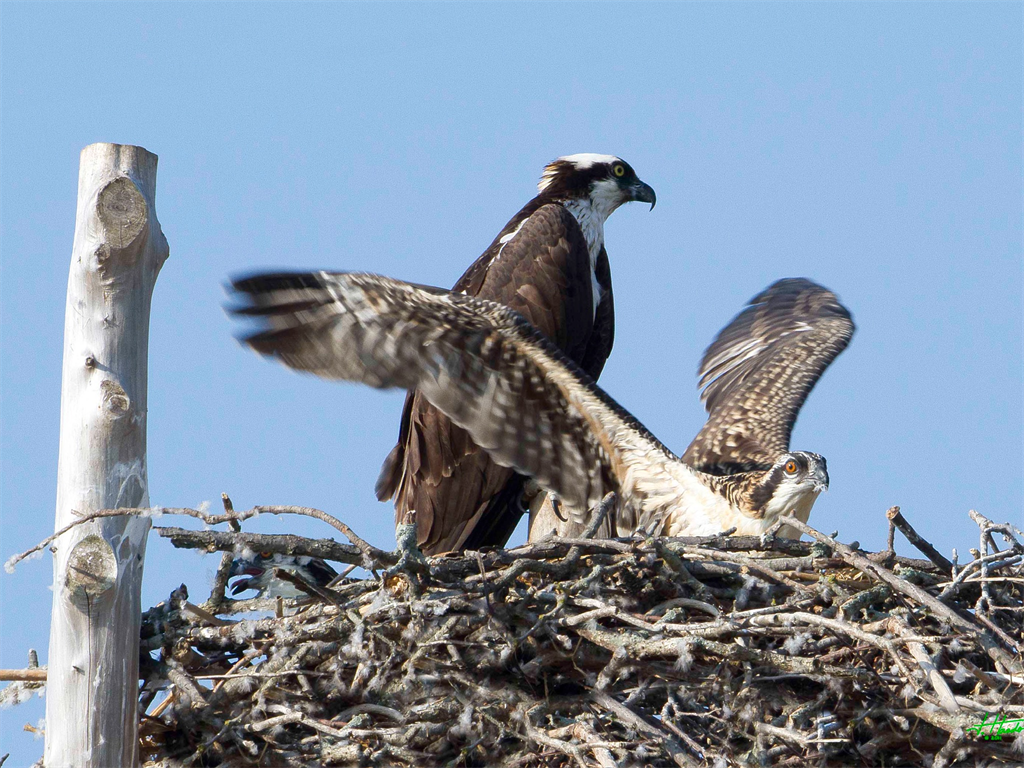 Ospreys love to catch fresh fish - but they often want to transport their food somewhere closer to home before eating it. Their strong talons and the pads on their feet allow them to do this - but picking up a big, slippery fish that might still be wriggling around can make flying difficult.

According to Cornell Ornithology Lab's Birds of North America, ospreys specifically situate their fish in their grasp so that it is as aerodynamically streamlined as possible. A fish is held parallel to the osprey's body, head forward, so that it doesn't increase drag as the osprey flies toward home.

Parasitic jaegers gather food by stealing it directly from the mouths of other birds. Specifically, at sea, these birds chase down other birds and harass them into dropping the food they've just caught for themselves - and then they eat it, according to Audubon. I mean, in their defense, the nature of how they live is right in their name.

The average man would have to eat around 285 pounds (130 kg) of meat per day to maintain your weight if you had the metabolism of a hummingbird. (Photo by James Wainscoat on Unsplash)

According to the National Park Service, hummingbird metabolisms are pretty intense across the over 330 species found in the Americas. Of course, if you were a hummingbird, you would also have a significantly shorter lifespan of just three to five years.

Bearded vultures are the only birds to dye their plumage on purpose. The bearded vulture's diet consists of 70 to 90% bone, and it is the only bird in the world whose diet is like this, according to the World Wildlife Federation. It bashes larger bones into smaller, more manageable pieces by dropping them from a height so they shatter, and then eats the marrow and bone fragments on the ground.

But that's not the only unique thing about this species. According to a paper published in the journal Animal Behaviour, bearded vultures purposely dye their feathers with red soil - most likely to prove their dominance to other birds. No other species dresses itself up this way.

California condors have such big wingspans, they're sometimes mistaken for small airplanes.

With a wingspan of up to 2.8 metres, seen from far away, California Condors are sometimes mistaken for small aircrafts, John Nielson, writer of the book "Condor: To The Brink And Back" about how conservationists saved California condors from the brink of extinction, told Gizmodo.

In 1987, the entire population of this species of condor was down to just 22 birds, which were captured and placed into a captive breeding program. Now there are over 400, and at least half have been released from captivity to fly free, according to Gizmodo.

The Bassian thrush locates its food using the most unique method possible. Picture this: You're hungry, and you need to go look for some food. Your favourite food is worms, and you know there are some in easy reach - but you can't see them because they're hiding. What do you do?

If you're a Bassian thrush, you fart at them. According to Janey Levy's book "Really Strange Birds," these birds have adapted their foraging techniques to rely in part on generating enough gas to startle earthworms into moving. If the worms move, then the birds can find and eat them.