Paige Watts climbed on to an NYPD van to get this shot.
Paige Watts/Rachel Green

It's no secret that the glamorous shots many influencers post on Instagram do not reflect reality, but it never hurts to be reminded of that.

One Instagram star feels so strongly about that message that for every high-fashion, stylish photo she posts, she also shares a behind-the-scenes video showing how the shot was captured - and it's often funny, time-consuming, or just downright ridiculous.

However, click on one and swipe to the side, and it becomes clear that Watts is doing what many influencers don't: showing how much effort goes into her apparently effortless snaps.

For example, a shot with a cat involved an assistant using a prop to distract said feline and draw its eyes in the right direction for the camera. 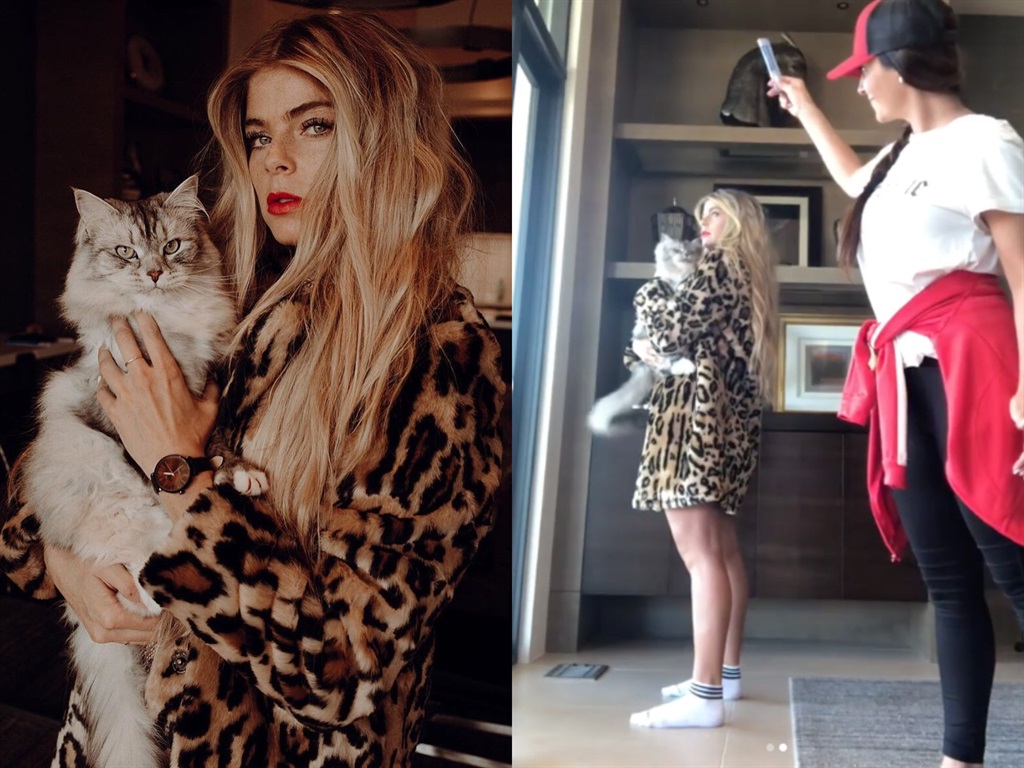 It's hard to make a cat look in the right direction.
Paige Watts/Rachel Green

Another photo showing her and her friend crossing a busy road had to be taken in mere seconds so they could make way for traffic. 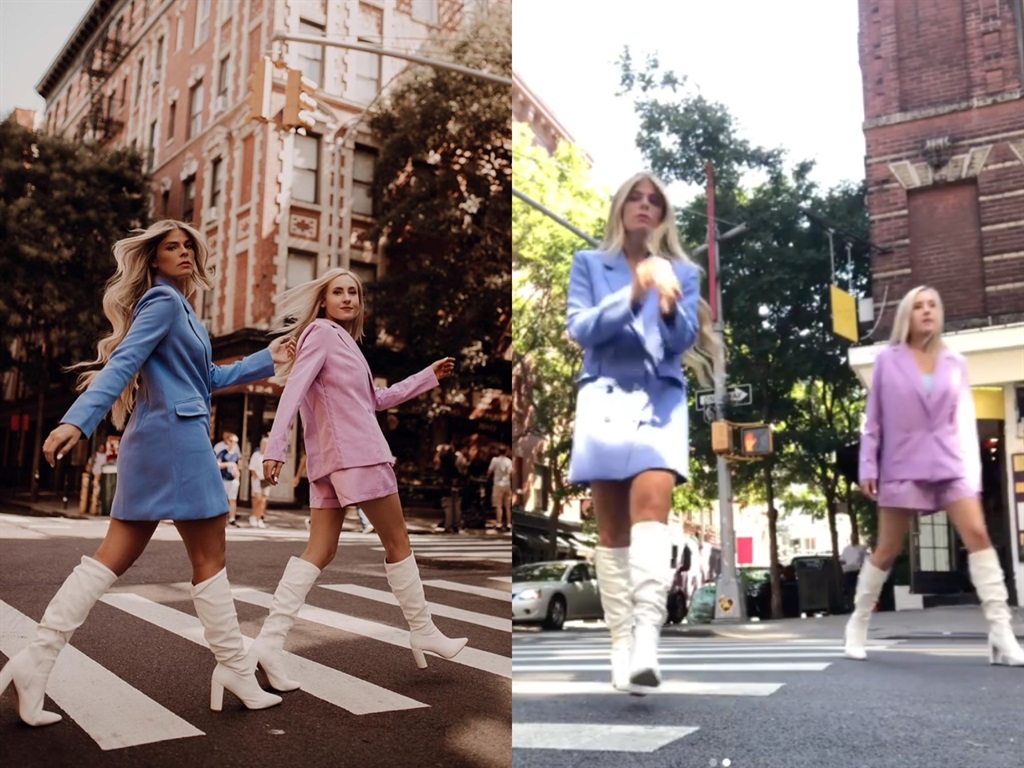 Many of Watts' shots feature movement in some capacity, whether that's coffee flying through the air or Watts tossing her hair - the latter has even inspired a hashtag that her followers use: #tossitlikepaige.

"I personally think they like the creativeness and movement that goes into most of my images," the full-time influencer told Insider.

The reality isn't as beautiful as the finished photo suggests

She maintains that it's important to show what's going on behind the scenes to her followers.

"We all post these beautiful photos, but the behind the scenes of the photo is usually not as beautiful.

"Most times I look really weird doing crazy poses. I am usually in an awkward public situation. I am climbing or crawling in a glam look to get to the perfect spot for a photo. Without the behind the scenes, you don't see that. For me, it brings my photos to life."

She added: "The other thing that I have loved about posting the behind the scenes, is that it educates and validates those who are creators or those who want to be but don't have the confidence."

While some photos are taken in private, many involve Watts putting herself in risky positions in public.

For example, in the middle of a skate park... ... Or leaning on a taxi in the middle of a busy road in New York. Unsurprisingly, she receives an array of reactions.

"Some people will stop and ask what I am shooting photos for," she said. "Others will walk by, pull out their phones to record me, laugh, roll their eyes, etc.

"It's weirdly kind of fun to see the different reactions. The negative ones really make me want to work harder or do even weirder poses or concepts than what I am doing at that time."

Some shots take 45 minutes to capture

How long it takes to capture the perfect shot varies wildly, too, Watts explained.

"Sometimes we knock it out of the park and get a shot in 10 minutes," she said. "Other times it takes much longer.

"The longest we've gone for one creative concept (one picture) was 45 minutes! You just never know what ideas are going to work and how you are going to adjust when your ideas fall through."

That 45-minute shoot wasn't anything elaborate, but simply making toast in a kitchen. Perhaps one of the reasons Watts' photos stand out more than others on Instagram is that she works with professional photographers who also edit her shots for her.

She often tags the brands of the clothes she's wearing, but they're mainly fast fashion, such as Asos, Forever 21, and Zara.

Watts has been posting photos and videos in her current style for about 2.5 years, and she still hasn't run out of ideas. "I am always brainstorming," she said. "I observe everything in life. When I am driving I look for locations. When I am at home working, I look around and think of props or different scenarios I can capture.

"When I am online, I'll be having a conversation with someone, and sometimes the words tossed back and forth give me ideas.

"Listening to music will spark creative concepts. If I am at the mall shopping, different outfits will spring on different ideas. It wasn't until these last few months where I realised that I have trained my brain to always be seeking out creative concepts."