Inside the hotel made of gold where the rooms 'only' cost R4,000 a night 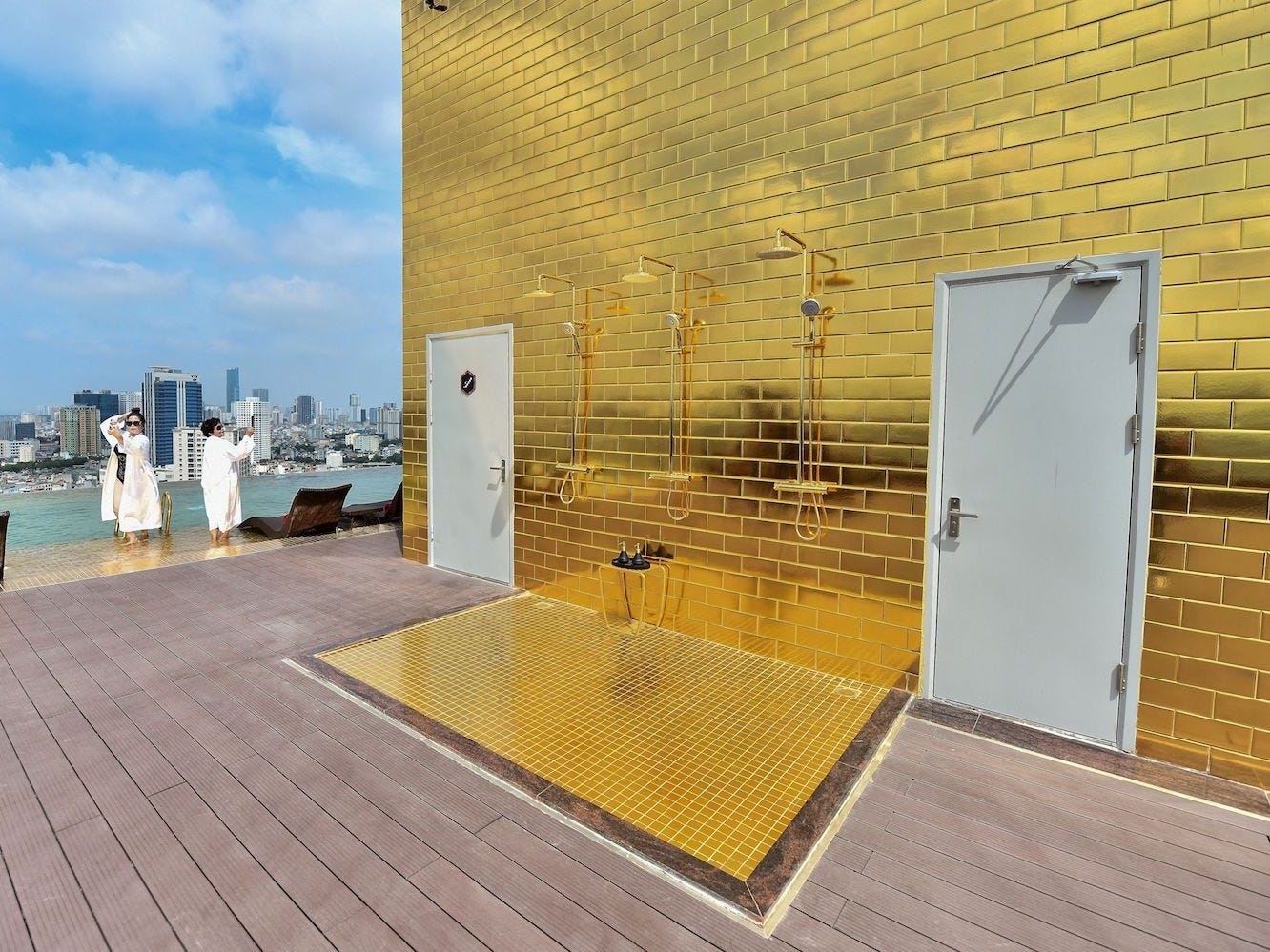 Guests pose for selfies at the infinity pool of the Dolce Hanoi Golden Lake hotel in Hanoi, Vietnam on July 2, 2020.

From the shower heads to the rooftop infinity pool, everything at the Dolce Hanoi Golden Lake hotel in Vietnam is gold.

The five-star luxury hotel in Vietnam's capital - which calls itself the world's first fully gold-plated hotel - opened its golden gates to visitors this week, after 11 years of construction that cost around R3.4 billion.

And it's an eyeful: everything from the lobby ceiling to the toilet seat is golden. But while the shiny hotel might look like it can only be afforded by the world's wealthiest, its owners say that with rooms starting at R4,000 a night, they hope to attract ordinary people, as well as the super-rich.

Scroll down to see photos of what the golden luxury hotel looks like.

From its sparkling rooftop infinity pool down to its toilet seats, the 25-story Dolce Hanoi Golden Lake hotel is, quite literally, dripping in gold. The 400-room property, developed by Hoa Bing Group, will operate under the American Wyndham Hotels brand.

The five-star hotel in Hanoi, Vietnam opened its golden gates to visitors this week after 11 years of construction, costing R3.4 billion. Most features inside the five-star hotel have been given the golden treatment, whether it's the shiny gold-plated ceiling in the majestic lobby... ...or the golden elevators bringing guests up to their rooms. Even the rooftop infinity pool, with sprawling views over the city, was not spared. Almost 5,000 square metre of gilded ceramic was used on the hotel's exterior walls to make it shine from the outside.

Guests pose for selfies at the infinity pool of the Dolce Hanoi Golden Lake hotel in Hanoi, Vietnam on July 2, 2020.

But that's not all. All the interior have been gilded, with some rooms containing gold-plated appliances, a regal golden bathtub... ...and even golden toilets. The hotel took its commitment to gold one step further, stating on its website that every meal is served with a "mysterious golden substance." According to the hotel's website, even the coffee cups are made up of 24-karat gold.

Room prices start at R4,000 per night as the hotel is hoping to attract people of all backgrounds. According to the chairman of the Hoa Binh group, which owns the hotel, the Dolce wants "ordinary people to the super-rich...to check-in." Guests who have already had a chance to stay at the hotel have compared the experience to being treated like royalty. 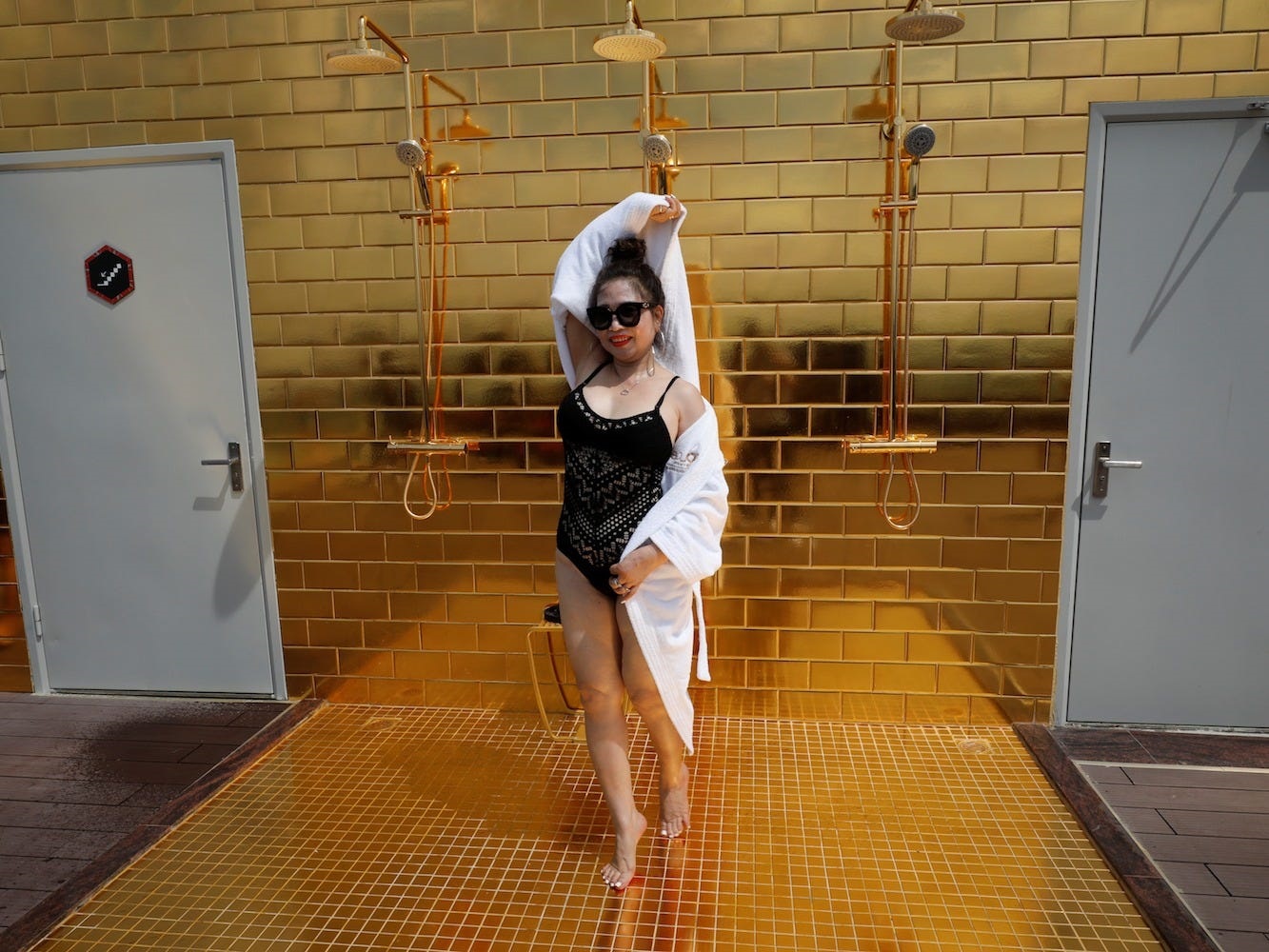 "When I arrive here…I felt like a king, you know, the Pharao…the king of Egypt," Phillip Park, a guest from South Korea said, according to Conde Nast Traveller.

"I really enjoyed the luxury atmosphere. It has changed my mind about what luxury can be. Other luxury hotels usually use marbles as tiles, but here everything is gold-plated down to the washing basin," one guest said. 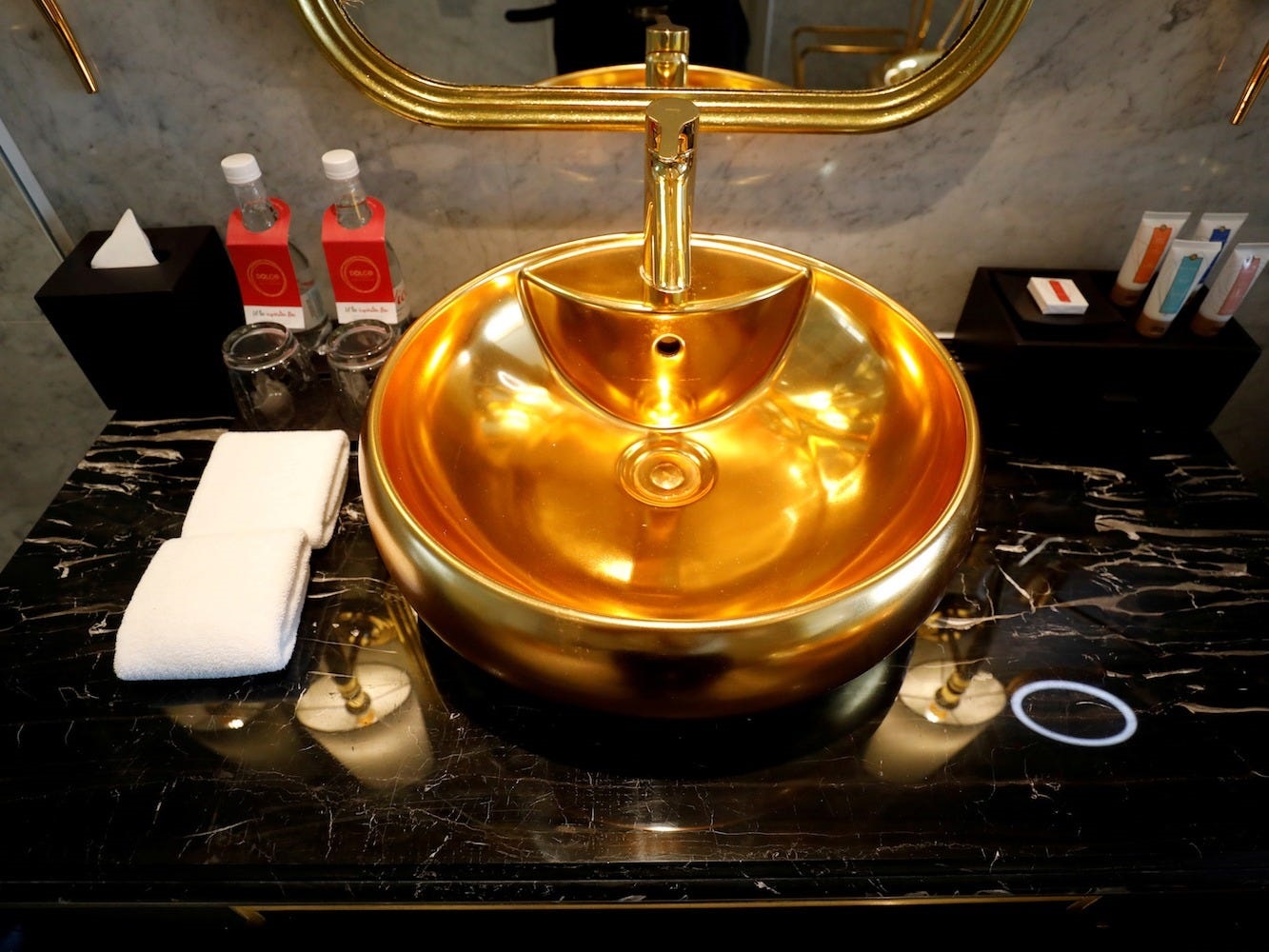 According to the hotel, some of the rooms are affordable because all of the gold was sourced locally, which helped keep construction costs down. "Our group has a factory that can do gold-plated stuff, so the cost for our equipment and furniture here is quite cheap,", Duong said, according to the Daily Mail.

While the hotel hasn't had that many visitors yet due to the ongoing coronavirus pandemic, its owners are hopeful that they will make more money in the next year.