Beyoncé and Jay-Z are heading to SA. This is what it’s like inside their marriage, worth more than R15 billion combined Beyoncé and Jay-Z are heading to Johannesburg in December to perform at the Global Citizen Festival, in honour of former president Nelson Mandela.

Beyoncé and Jay-Z have been a match made in musical heaven ever since they first collaborated on the song "'03 Bonnie & Clyde" back in 2002.

Tabloids were quick to speculate whether or not the duo had more than a professional relationship. But even after they tied the knot in 2008, the couple has largely kept quiet about their romance.

See also: Here's how you can earn your free ticket to see Beyoncé, Jay-Z, and Ed Sheeran live in South Africa

But that doesn't mean it's always been smooth sailing for the "Crazy in Love" couple.

In an interview with New York Times executive editor Dean Baquet, Jay-Z opened up about his infidelity, which Beyoncé alluded to in her acclaimed visual album Lemonade.

"You shut down all emotions," the rapper told Baquet. "So even with women, you gonna shut down emotionally, so you can't connect... In my case, like it's, it's deep. And then all the things happen from there: infidelity."

See also: Jay Z is the richest hip-hop artist in the world but he'd be nothing without Beyoncé — here are the 7 richest power couples

Jay-Z went on to reveal the couple used their craft "like a therapy session," making music together in order to heal. The sessions ultimately resulted in reconciliation, along with Lemonade and Jay-Z's album 4:44.

Here's a look back on the relationship of Jay-Z and Beyoncé: The pair graced the red carpet together for the first time at the 2004 MTV Video Music Awards. Still, they stayed mum about their relationship. 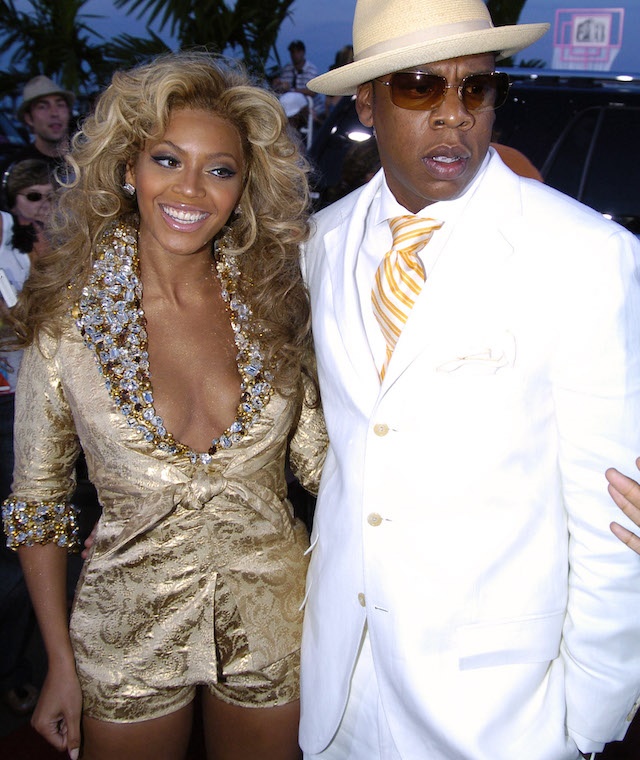 Beyoncé later told Essence the couple both decided they didn't want their romance to be in the spotlight: "What Jay and I have is real. It's not about interviews or getting the right photo op. It's real." They wed in Jay-Z's apartment in Manhattan on April 4, 2008. The date — 4/4 — held special significance for both Beyoncé and Jay-Z, who were each born on the fourth of the month. Beyoncé's mother, Tina Lawson, designed her gown. The pair got matching tattoos on their ring fingers of the Roman numeral IV. Over the course of their relationship, Beyoncé and Jay-Z established couple friends, like rocker Chris Martin and actress Gwyneth Paltrow, who have since split. "They're very kind, generous, good, good people," Paltrow told Ellen DeGeneres Beyonce with Chris Martin during their Super Bowl half time show (Instagram, @beyonce) 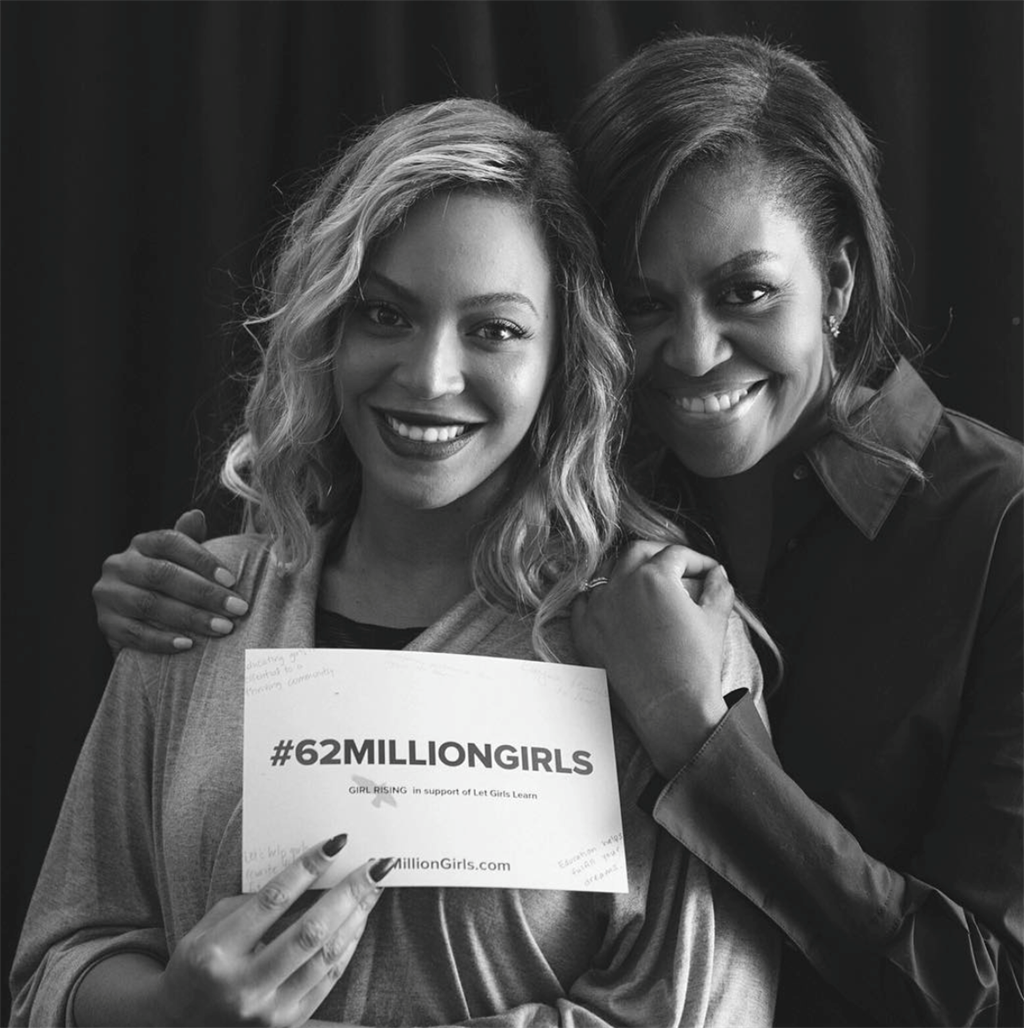 They've both continued to dominate the charts. Forbes estimates Jay-Z has a net worth of $810 million (about R11 billion), while Beyoncé is worth $350 million (R4.6 billion). The couple performed "Love on Top" during the 2011 MTV Video Music Awards. Beyoncé revealed she was pregnant during the performance, and gave birth to daughter Blue Ivy Carter in January 2012. That same year, four years after they were married, Jay Z and Beyoncé renewed their vows in a private ceremony. Beyonce discussed her marriage in an interview with Oprah, saying "I would not be the woman I am if I did not go home to that man. It gives me such a foundation." She also opened up about having a miscarriage, adding, "It was the saddest thing I've ever been through." But speculation about their marriage ramped up when Beyoncé's sister Solange was videotaped striking Jay-Z in an elevator at the Standard Hotel in New York City in 2014. Rumours began to spread throughout the tabloids about Jay-Z cheating on his wife. Beyoncé's Lemonade, released in April 2016, seemed to allude to her husband's infidelity, as well. Jay-Z told The New York Times that therapy had helped the couple repair their marriage in the wake of his cheating. The couple acquired two major pieces of property in 2017: an $88 million (R1.8 billion) Los Angeles estate, as well as an escape in the Hamptons for $26 million (around R350 million). Beyonce and Jay-Z's Hamptons mansion (From listing on Trulia) Beyonce with her twins Sir Carter and Rumi (Instagram: @beyonce)