More than 80 years ago, a landmark mansion in Port Elizabeth became an exclusive school for a small group of boys. As of this year, listed company Curro announced in the week, it will form part of the group created just over 20 years go.

The match is peculiar for more than the difference in ages. Curro is best known for offering affordable premium private schooling. It's high-end online school launched in 2020 comes in at around R50,000 per pupil per year. At St George's Prep, a grade 6 or 7 place will cost you R75,000 this year – before any extras, some of which are compulsory.

St George's joins a small group of "Curro Select" schools, which the group says means "the heart and identity of the school will remain untouched" – though it warns of "some changes in infrastructure to align with future growth strategies", over time.

That will leave in place the prestigious name of St George's, and associate it with the younger, brasher – and occasionally tainted – Curro brand.

See the more than 80-year-old St George's Preparatory school in Port Elizabeth that the only a little more than 20-year-old Curro just bought.

The school's main building is a striking Victorian sprawl described as a white elephant 120 years ago. (Curro)
St George's was created in 1936, but the main building was a residence for nearly a generation before that.

Knockfierna, named for a lonely hill in Ireland, was completed in 1900 to the specifications of colonial merchant prince John Daverin. It was a monumental undertaking for Port Elizabeth, and some locals considered it a white elephant. He died in 1922, and his wife Clotilde sold the house three years later. The school itself is 84 years old, and in some parts that history is palpable. "The house has undergone few changes over the years and many of the original features are still present," the school says. That includes touches such as blocks of marble installed to carry the weight of a huge mahogany billiard table – where pupils now have lunch.

The floor tiles were shipped in from Bath, England... 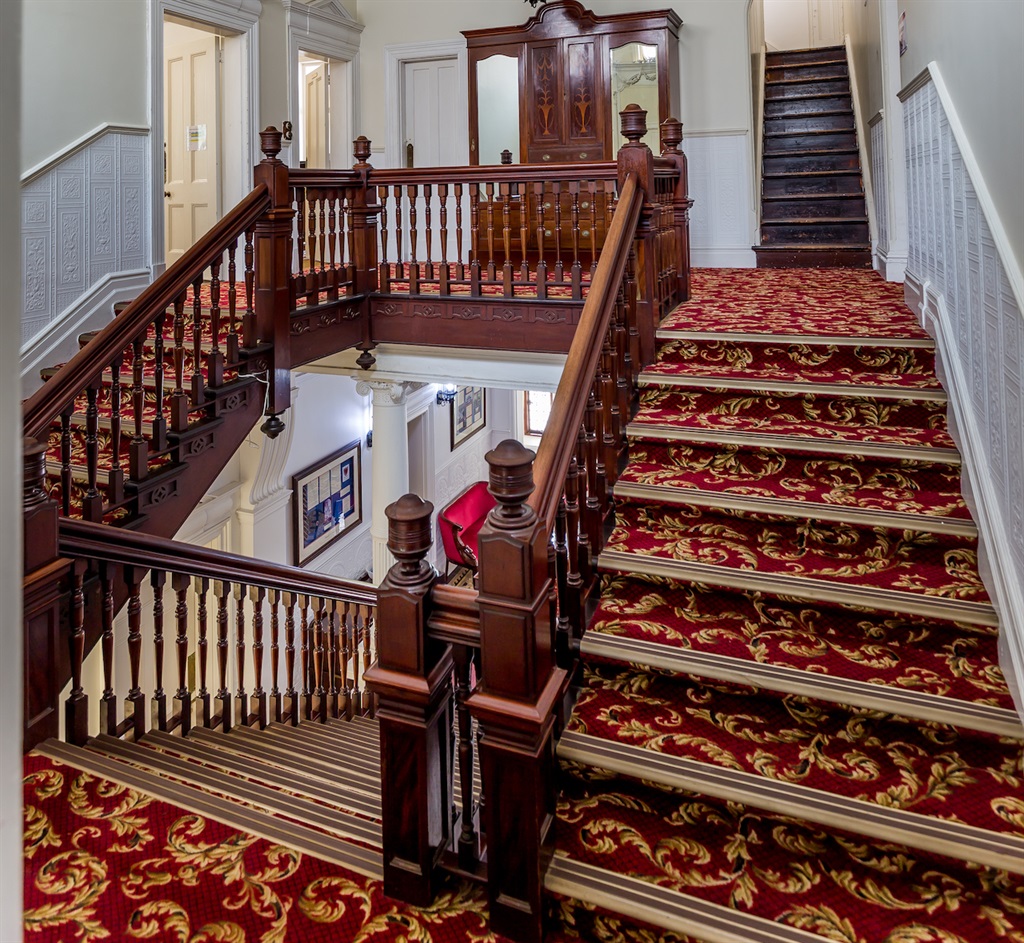 The campus has a bit more going on than just the original building, these days. There have been other changes too. The school was founded with an intake of 50 boys, about a quarter of them boarders. It became co-ed in 1987, now takes in children from age 3, rather than the original 7, and is about ten times bigger.