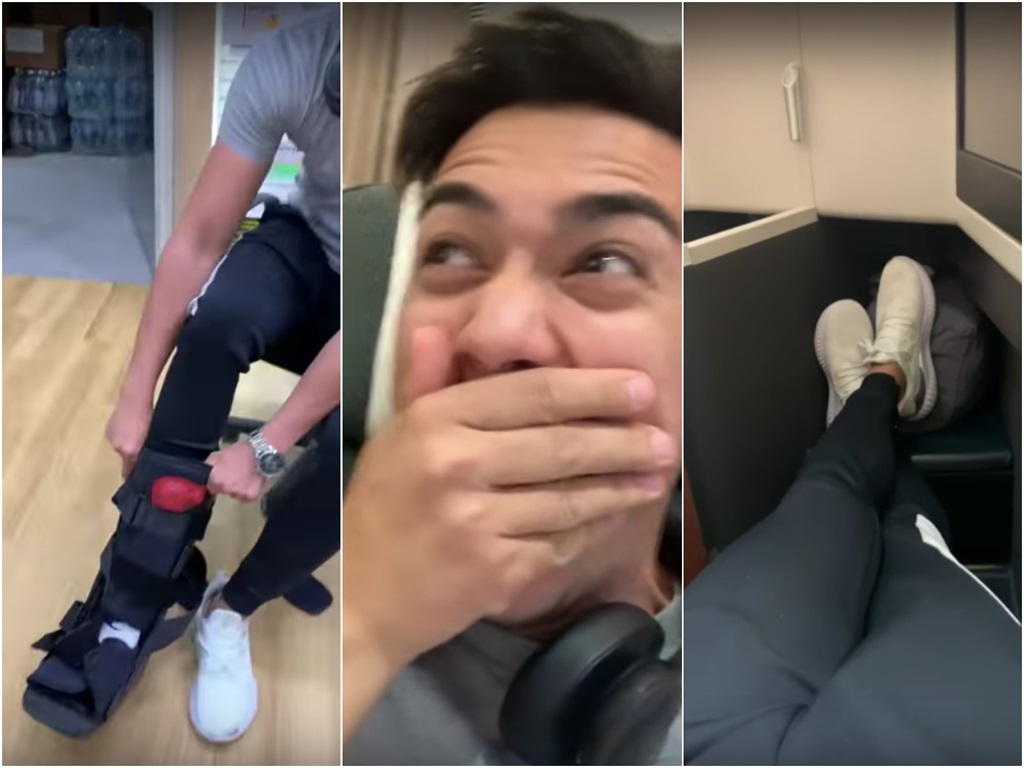 Jamie Zhu faked a broken ankle and claimed it got him a free business class upgrade.

The influencer who claimed to have faked a broken ankle in order to bag himself a business class upgrade on a long-haul flight said he would have no qualms about doing it again.

Jamie Zhu was flying with Cathay Pacific and after buying a moon boot at Sydney airport, told the cabin crew that his ankle was broken and the boot wouldn't fit in his economy seat - so he was apparently upgraded to business class.

Zhu bought the boot before boarding the plane, but he told Insider he'd ordered it a week in advance to make sure they had it in stock.

"The one I currently have will now be put to good use on my next flights," he said.

Zhu documented the stunt on his Instagram and YouTube pages and received "a mixed response," he told Insider.

"I have had a mixed response but most of my followers loved it and thought it was a cheeky, clever, and lighthearted prank to play," Zhu said.

"Some other people felt the need to criticise it but at the end of the day, if they're that upset over my upgrade, all they have to do is call me and I can help them plan their next flight experience."

Zhu received criticism from some followers who called the stunt immoral.

"I would say to these people that I'm sure we have all tried to find a way to get something for free or for a discount and in this video I have done nothing but that," he said.

"At the end of the day, my intentions for my videos are to make fun, lighthearted, and entertaining content and the video really showcased Cathay Pacific's high standard of customer service on their flights."

Zhu explained to Insider that he originally got the idea after thinking about how he was treated when he actually had broken his ankle earlier in his life.

"I once broke my ankle back in high school from soccer and at the time was getting all this 'special treatment' from everyone, so I decided to put that theory to the test in the form of a flight!" he said.

"I wasn't sure if it would work but at the end of the day, I'm a person that takes chances and doesn't just wait for them! So I let the nerves take care of themselves and I didn't let it get to me. The adrenaline was fun.

"I actually enjoyed the business class service so much that I forgot how I got on the plane in the first place, hence why I forgot to wear the boot on the way out of the flight."