Influencer raises over R140,000 in 30 minutes for an airport pianist who needs dialysis 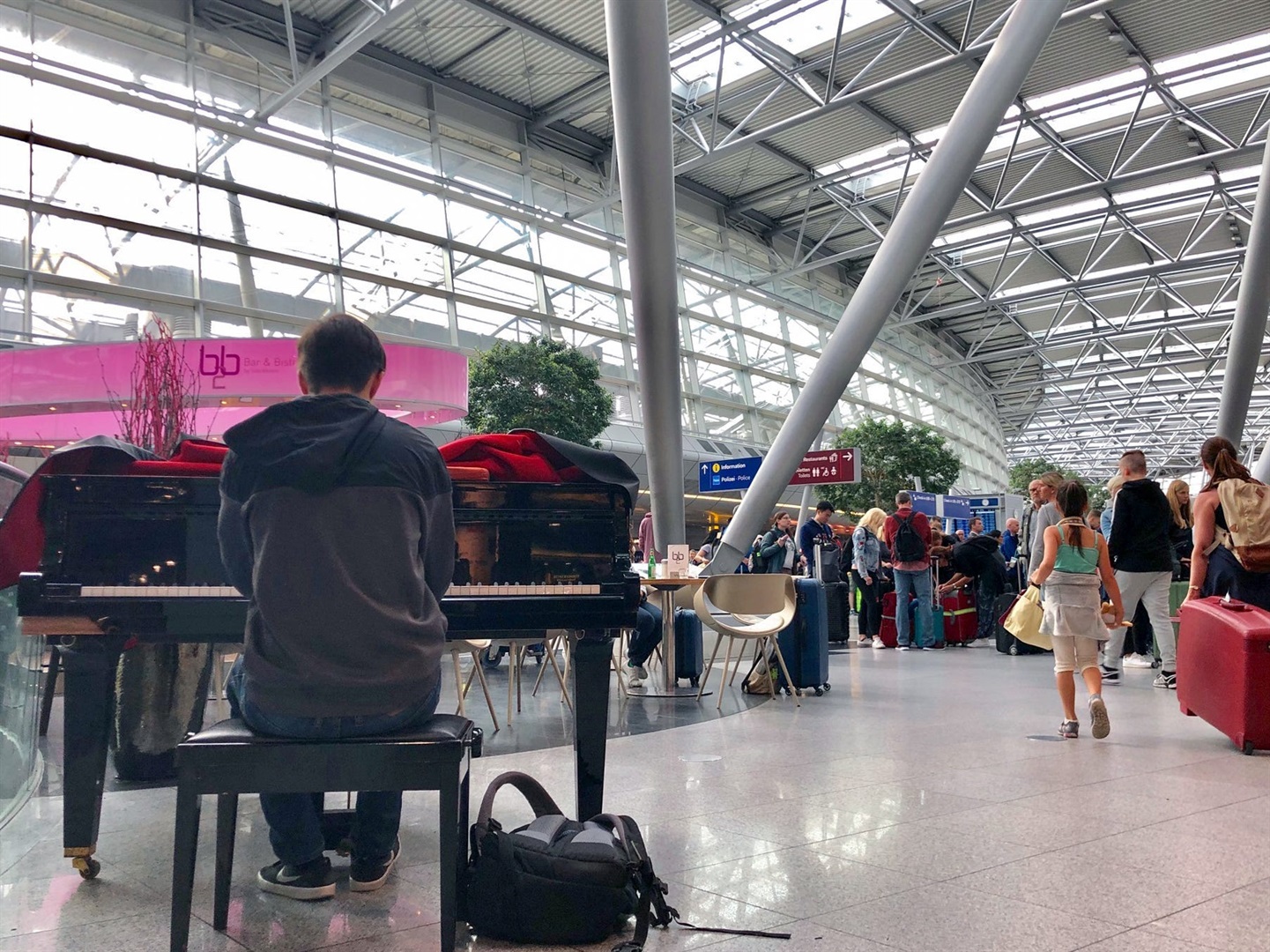 A 2019 photo shows a musician playing the piano at an airport to entertain travelers (not the pianist or airport mentioned in the story).
Oliver Auster/picture alliance via Getty Images

Influencer Carlos Whittaker helped raise R148,441 in less than an hour for a pianist playing music for travelers at the Hartsfield-Jackson Atlanta International Airport.

According to The Washington Post, Carlos Whittaker, a motivational speaker and author with 203,000 followers on Instagram at the time of writing, found himself waiting at the Atlanta International Airport by chance on Wednesday.

He was supposed to fly to Arkansas for an event, but it was canceled due to a Covid-19 outbreak, according to USA Today.

During his layover on his way back to his home city, Nashville, Whittaker sat down in the airport's A terminal and happened across pianist Tonee Valentine, he said in an Instagram video. In the same video, Whittaker documented Valentine's piano-playing skills. Whittaker said in the video that Valentine was "playing his heart out while hardly anyone notices him."

At one point in the video, Whittaker showed Valentine's blue tip bowl that held only a small amount of cash - prompting Whittaker to start a conversation. Whittaker asked Valentine if he would appear on his podcast, "Human Hope," The Washington Post reported.

"He asked me: Do I have hope in humanity?" Valentine told The Washington Post of his encounter with Whittaker. "And I told him no. I didn't see it. Of course, that changed."

According to Whittaker's Instagram video, which has been viewed more than 619,000 times at the time of writing, the pair discussed how the piano player was diagnosed with kidney disease and underwent dialysis "every night for nine hours" before coming back to the airport.

Whittaker can be heard in the video asking Valentine if he had a Venmo or Cash App account he could share before going back to work. Whittaker decided to ask his Instagram followers if they would donate tips to the pianist, he said in the video.

"I wanna give him a big tip when I leave in 40 minutes," Whittaker told his followers during the video. "Everything I get in my cash all during the next 40 minutes, I'm gonna drop in his account."

It didn't take long for the donations to pour in for Valentine, who continued to play the piano and remained unaware as the money stacked up.

By the time Whittaker had to catch his flight, his followers and others donated R148,441 in about 35 minutes, he said in the video.

"They just deposited R148,441," Whittaker said to Valentine in the video.

"Who's they?" Valentine asked in Whittaker's video.

Whittaker told Valentine in the same Instagram video: "170,000 strangers that loved your piano playing. I asked them to give you money, and in 35 minutes - because you're a great human being, and you're changing people's lives when you do this, and you're so sincere, and people love you - I got it in my Venmo."

Whittaker wrote in the video's caption that the donation total reached R905,488 by Friday.

Valentine looked visibly shocked by the news, according to photos Whittaker shared on Instagram.

Valentine told The Washington Post in the same interview that he was inspired by Whittaker's kindness and planned to donate the money.

Whittaker did not immediately respond to Insider's request for comment.