A 32-year-old Indian man dyed his hair white, used a wheelchair, and pretended to be 81 so he could fly to the US on a fake passport, police say Images from India's Central Industrial Security Force showing a man identified as Jayesh Patel, 32, without a disguise and with it.
CSIF

A 32-year-old Indian man dressed as an 81-year-old man in an apparent attempt to fly to the US on a fake passport, the Indian police say.

Patel tried to board a flight to New York using a passport with the fake name of Amrik Singh, an 81-year-old born in Delhi in February 1938, the Central Industrial Security Force said.

But the disguise wasn't good enough.

"He posed as if he was very old and incapacitated," Shrikant Kishore, a senior official with the CISF, told CNN. A photo of the disguise.
CSIF

Hemendra Singh, a representative for CISF, told the Indian news agency IANS that Patel "even tricked the initial security check and got his immigration cleared."

Singh added: "CISF was suspicious about him as his voice didn't match his age. Despite gray hair, his skin seemed to be quite young as there were hardly any wrinkles on his face." 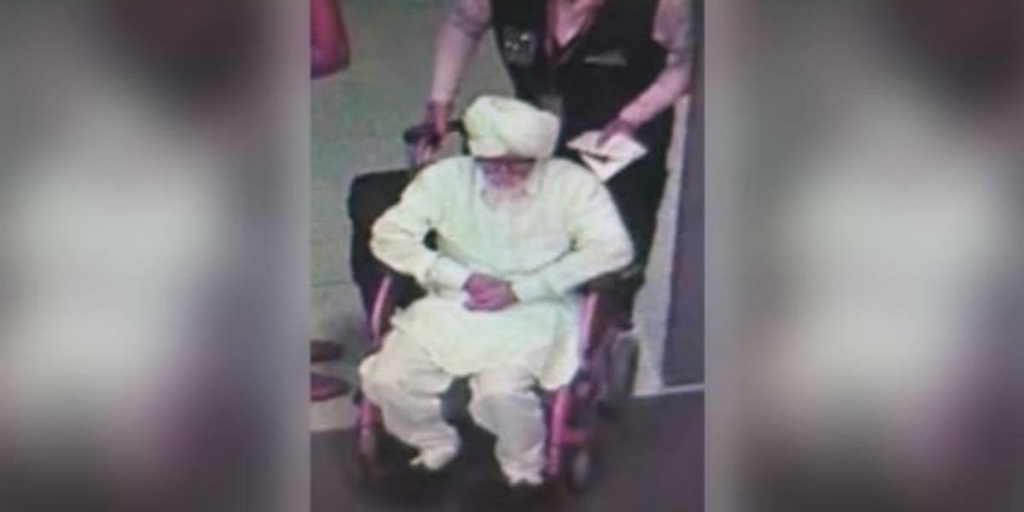 Security tape of Patel in a wheelchair at a New Delhi airport.
CSIF

The CISF said Patel admitted to impersonating an old man and using a fake passport.

Sanjay Bhatia, a senior police officer with the Delhi Police, told NDTV that Patel "was planning to go to the US for a job."

"His beard was grown and hair was dyed gray," Bhatia said. "He was made to wear a pair of thick glasses and a turban. He was also instructed to walk like an elderly person."

Related Links
More than half of India's 100 richest people lost money in the past year, but the country's...
Netflix has focused on India as a key area for growth. Exclusive data tells the story of its...
If India and Pakistan have a nuclear war, scientists say it could trigger Ice-Age temperatures...
Next on Business Insider
Sunflower and canola oil prices may decrease by 30% and 15% in the next two months