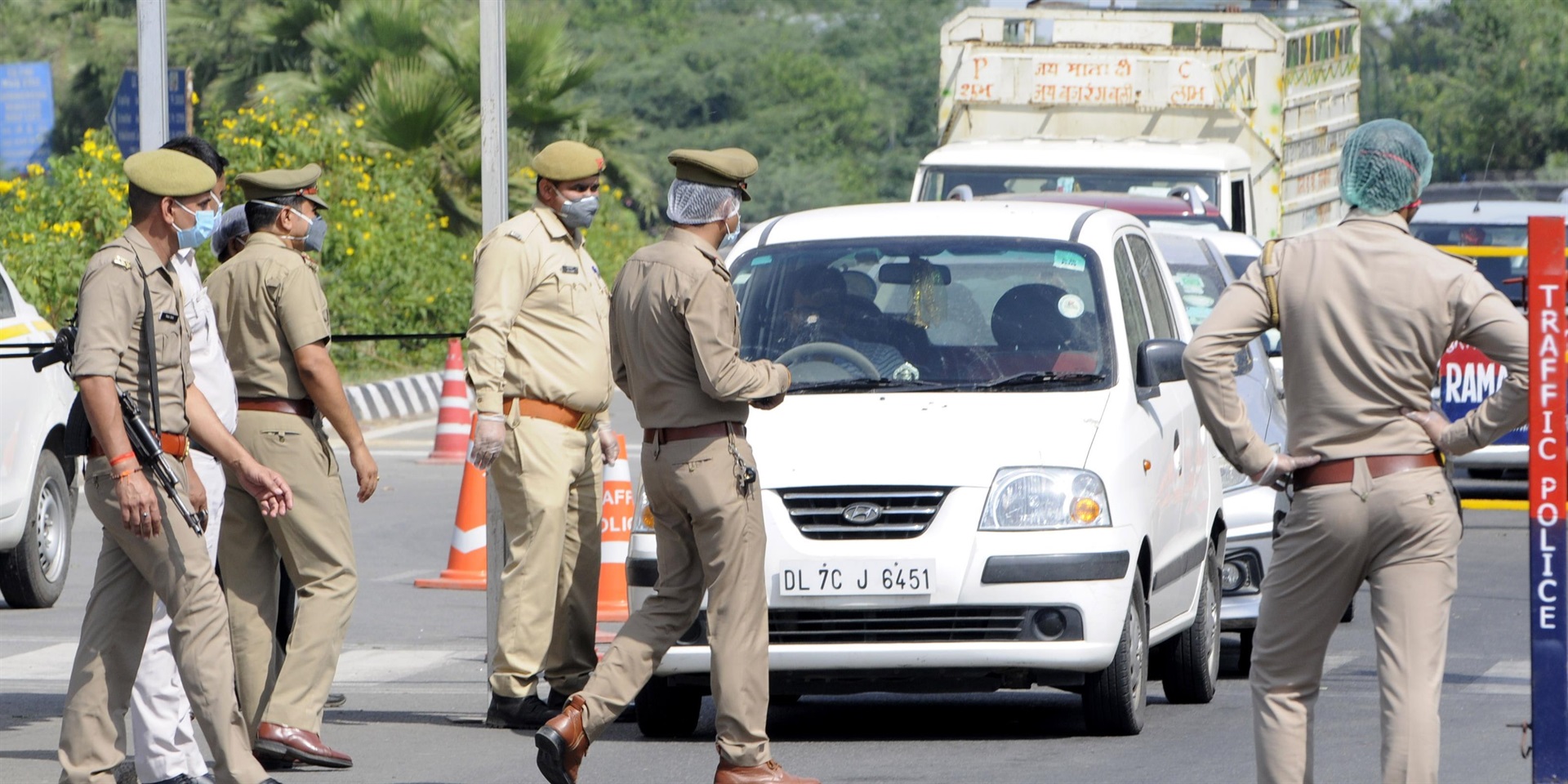 Police in a city outside of New Delhi, India, ordered residents to download a Covid-19 contact tracing application to their smartphones or risk a fine or jail time for violating the city's lockdown order.

According to a BuzzFeed News report, residents of Noida, India, who are found to have not downloaded the contact tracing app are subject to up to six months in jail and a fine of about $13 USD (R242).

Police told local media they will conduct random checks of residents to ensure they've downloaded the app, though as BuzzFeed News reported, it's not entirely clear what police would do should a person not own a smartphone capable of downloading the app, or be traveling without out their device.

Approximately 400 million Indian citizens are projected to own a smartphone, according to an analysis by Statista - that's a fraction of the country's nearly 1.4 billion population.

The app, Aarogya Setu, was created by the Indian government and has been pushed by Indian Prime Minister Narendra Modi. Over 90 million people have downloaded the app in the country in less than one month, according to BuzzFeed News.

The app allows users to record their travel history, symptoms, and also requires constant access to Bluetooth and the device's location data. Using these factors, the app offers users designations of green, yellow, or orange "pages" to illustrate a user's risk of having Covid-19.

There have been at least 52,559 cases and 1,768 deaths from Covid-19, the disease caused by the novel coronavirus in India, according to data from Johns Hopkins University.

According to the BuzzFeed report, there have been concerns over privacy due mostly do the state-created app's constant access to a user's location data. Some have even compared the city's mandate of the app to the existence of a police state. In addition to being mandated by the city of Noida, the application was mandated among all employees of the federal government, BuzzFeed reported.

Pharmacies also reportedly denied services to people who did not have the application installed, BuzzFeed reported, and Zomato, the largest food and grocery delivery service in India, required all of its delivery partners to install the application on their phones. It requested its customers to do the same.

"We are aware of the alleged privacy concerns that some of us have against using the app. But even if these concerns were well-founded, it is a small cost to pay for the sake of the collective long term," the April 22 announcement from the company read.

According to Tech Crunch, the Indian government has dismissed privacy concerns of the app and argued the app's constant location tracking is part of intended features - not flaws. A similar contract-tracing effort in development by Google and Apple notably does not request users' location data to operate.

Cities in the US are trying to ramp up their contract tracing efforts, which US experts have argued are essential in the path toward safely reopening shuttered businesses and minimising the risk of a future Covid-19 outbreak.