Relatives at the funeral of Nyima Tenzin, in Leh, September 7, 2020.
MOHD ARHAAN ARCHER/AFP via Getty Images

At the end of August, tensions between India and China flared with another brawl between their soldiers high in the Himalayas.

The brawl around Pangong Tso lake in Ladakh, along the disputed border known as the Line of Actual Control, reportedly involved over 500 men and lasted about three hours.

India claimed it was responding to a Chinese incursion and that an Indian special-operations battalion seized a Chinese camp in a stealth operation a few days later. 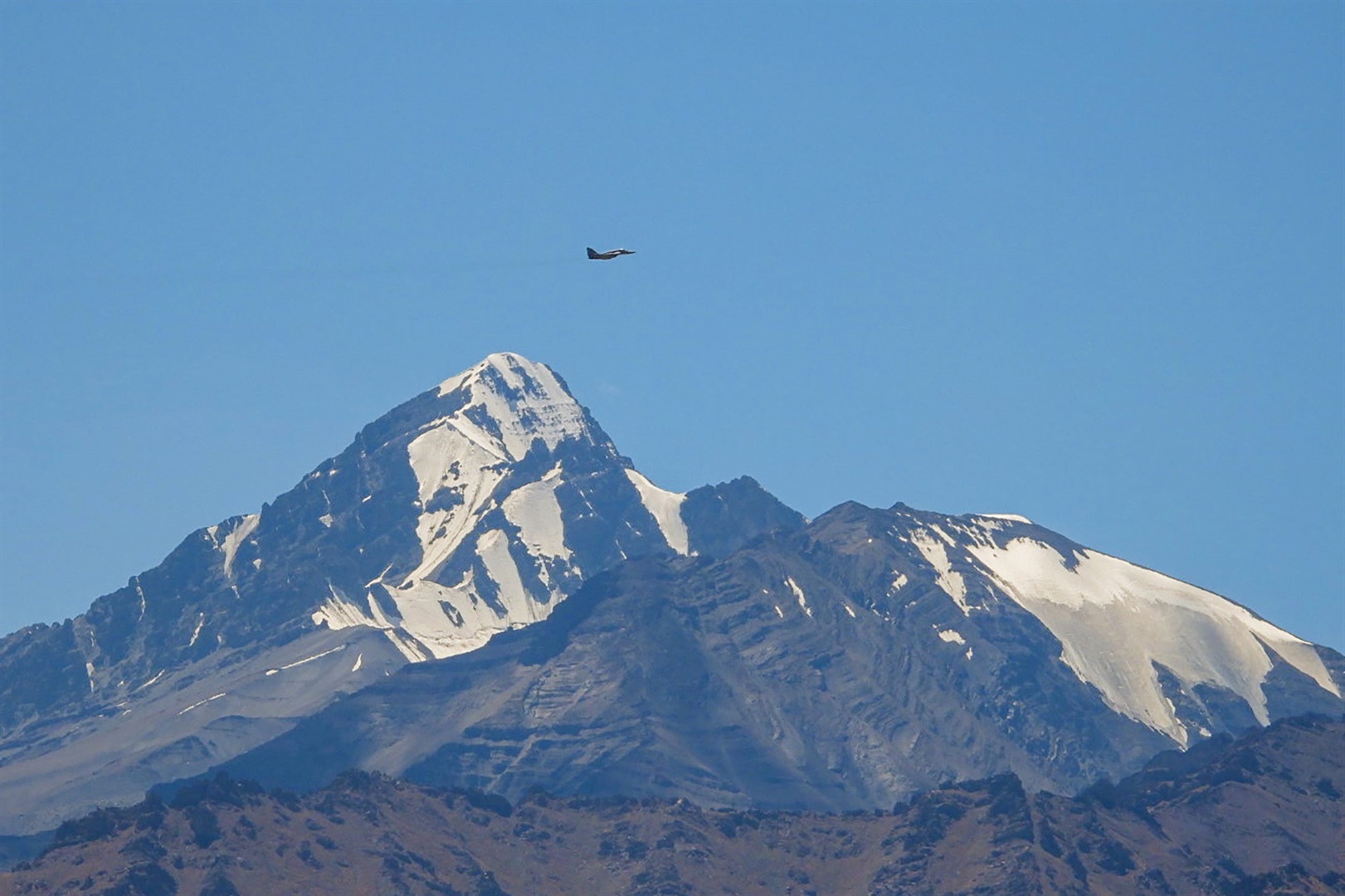 An Indian fighter jet over a mountain range in Leh, the joint capital of Ladakh, September 2, 2020.
MOHD ARHAAN ARCHER/AFP via Getty Images

This incident comes slightly more than two months after a similar clash in the same region killed 20 Indian soldiers and an unknown number of Chinese troops.

No casualty figures have been released for the latest brawl, but one Indian commando was killed and another wounded when they ran into a minefield.

Those soldiers were part of the Special Frontier Force (SFF), an Indian special-operations unit composed almost entirely of ethnic Tibetans.

The episode thrust the secretive unit into the spotlight. Now, almost six decades after its founding, it's fulfilling what many members and other Tibetans in India feel is its main purpose: to challenge China. The SFF, units of which are known to Indian soldiers as Vikas battalions, was established during India and China's 1962 border war. Losing that war made India realize that it needed dedicated mountain troops capable of conducting reconnaissance and strike operations at high altitudes.

The best candidates came from India's large Tibetan refugee community, many of whom fled to India with their leader, the Dalai Lama, after a failed uprising in Tibet in 1959.

The refugees were acclimated to the high altitudes and motivated to fight Chinese communist forces. Some were veterans of the uprising, and a few were previously trained by the CIA in guerrilla warfare.

It was originally called "Establishment 22" before being renamed the SFF in 1967. The CIA assisted with training and equipment until the early 1970s.

They were dedicated mountain troops and masters of patrolling and fighting in the unforgiving climate and altitudes of the Himalayas.

A history of dedication and service The SFF was not created in time fight the Chinese in 1962, and although a central reason for its creation was to confront China, it was rarely put in a position to do so — possibly because the Indians worried its members, passionate about countering China, might escalate tense situations.

But the SFF has served in battle numerous times. During the Indo-Pakistani War of 1971, 3,000 SFF commandos were dropped behind Pakistani lines in Bangladesh, capturing strong points and preventing Pakistani soldiers from retreating into Burma. Fifty SFF commandos were killed and 190 wounded.

They fought against Sikh insurgents in Operation Blue Star and helped secure Indian control of the Siachen Glacier in 1984 and then fought in the Kargil War in 1999.

Gurdip Singh Uban, the son of the SFF's first commander and a veteran of the Indian military who fought with the SFF, recently described them as "fearless" and said they "never, ever hesitate."

A message to China

The SFF reports directly to India's Cabinet secretariat and is not a part of the Indian military. Estimates put the unit's numbers between 3,000 to 5,000 troops.

Indians and Nepalese fighters known as Gurkhas are now also in the SFF, but its identity is still distinctly Tibetan; the unit's insignia, for instance, is a Tibetan snow lion — the same kind found on the Tibetan flag.

Because of their origin and mission, the unit has largely been kept secret. Indian officials asked the family of Tenzin Nyima, the 33-year veteran commando killed in the August clash, not to talk about his service.

But recent events have given the unit renewed attention. Its members took the Chinese camp in late August, and video has emerged of Tibetans in India giving warm send-offs to SFF soldiers heading to the border — part of a massive buildup of forces by both India and China.

The new focus has led to hopes that the SFF, and the Tibetan community in India as a whole, will get the recognition and attention they deserve. It has also stirred the emotions of some Tibetans living in India, who see a chance to face their archenemy.

"Most of us Tibetans join the unit because this is our only chance to fight the Chinese," one SFF veteran recently told the South China Morning Post.

Those factors give their deployment more than military significance, melding a long-standing territorial dispute with much deeper ethnic and political tensions that the Chinese Communist Party has suppressed at home for decades.

"China's position is very clear," a Foreign Ministry spokeswoman said earlier this month. "We firmly oppose any country providing convenience in any form for the 'Tibet independence' forces' separatist activities."