If India and Pakistan have a 'limited' nuclear war, scientists say it could wreck Earth's climate and trigger global famine 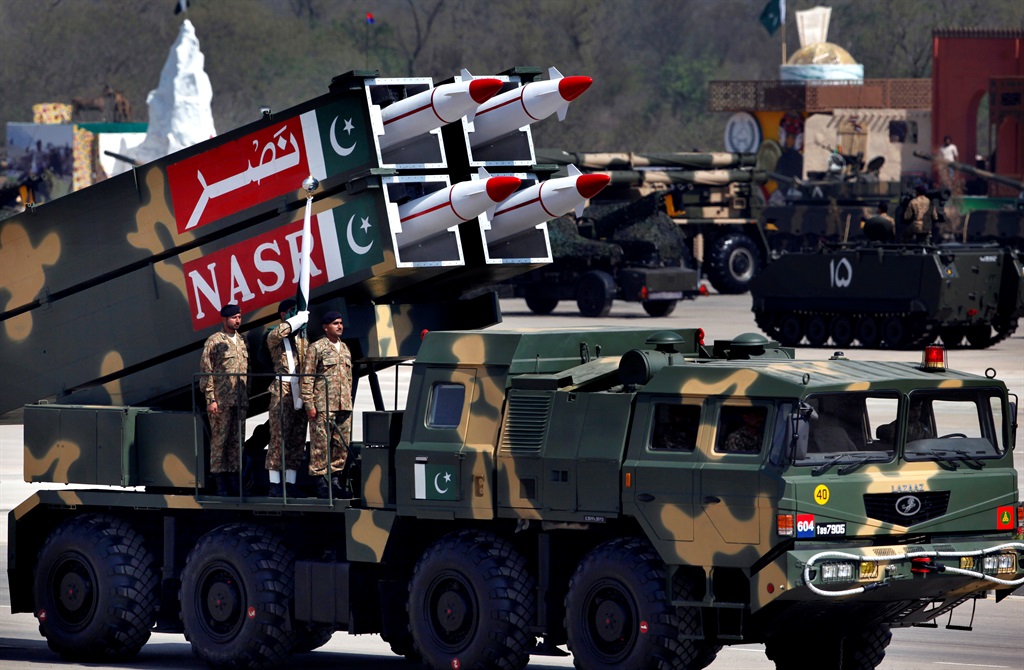 Deadly tensions between India and Pakistan are boiling over in Kashmir, a disputed territory at the northern border of each country.

A regional conflict is worrisome enough, but climate scientists warn that if either country launches just a portion of its nuclear weapons, the situation might escalate into a global environmental and humanitarian catastrophe.

On February 14, a suicide bomber killed at least 40 Indian troops in a convoy traveling through Kashmir. A militant group based in Pakistan called Jaish-e-Mohammed claimed responsibility for the attack. India responded by launching airstrikes against its neighbour - the first in roughly 50 years - and Pakistan has said it shot down two Indian fighter jets and captured one of the pilots.

Both countries possess about 140 to 150 nuclear weapons. Though nuclear conflict is unlikely, Pakistani leaders have said their military is preparing for "all eventualities." The country has also assembled its group responsible for making decisions on nuclear strikes.

"This is the premier nuclear flashpoint in the world," Ben Rhodes, a political commentator, said on Wednesday's episode of the "Pod Save the World" podcast.

For that reason, climate scientists have modeled how an exchange of nuclear weapons between the two countries - what is technically called a limited regional nuclear war - might affect the world.

Read more: Here's why India and Pakistan are at each other's throats again - and why the stakes are so high

Though the explosions would be local, the ramifications would be global, that research concluded. The ozone layer could be crippled and Earth's climate may cool for years, triggering crop and fishery losses that would result in what the researchers called a "global nuclear famine."

"The danger of nuclear winter has been under-understood - poorly understood - by both policymakers and the public," Michael Mills, a researcher at the US National Center for Atmospheric Research, told Business Insider. "It has reached a point where we found that nuclear weapons are largely unusable because of the global impacts."

Why a 'small' nuclear war could ravage Earth

When a nuclear weapon explodes, its effects extend beyond the structure-toppling blast wave, blinding fireball, and mushroom cloud. Nuclear detonations close to the ground, for example, can spread radioactive debris called fallout for hundreds of miles.

But the most frightening effect is intense heat that can ignite structures for miles around. Those fires, if they occur in industrial areas or densely populated cities, can lead to a frightening phenomenon called a firestorm.

"These firestorms release many times the energy stored in nuclear weapons themselves," Mills said. "They basically create their own weather and pull things into them, burning all of it."

Mills helped model the outcome of an India-Pakistan nuclear war in a 2014 study. In that scenario, each country exchanges 50 weapons, less than half of its arsenal. Each of those weapons is capable of triggering a Hiroshima-size explosion, or about 15 kilotons' worth of TNT.

The model suggested those explosions would release about 5 million tons of smoke into the air, triggering a decades-long nuclear winter.

The effects of this nuclear conflict would eliminate 20% to 50% of the ozone layer over populated areas. Surface temperatures would become colder than they've been for at least 1,000 years.

The bombs in the researchers' scenario are about as powerful as the Little Boy nuclear weapon dropped on Hiroshima in 1945, enough to devastate a city. But that's far weaker than many weapons that exist today. The latest device North Korea tested was estimated to be about 10 times as powerful as Little Boy. The US and Russia each possess weapons 1,000 times as powerful.

Still, the number of weapons used is more important than strength, according to the calculations in this study.

How firestorms would wreck the climate

Most of the smoke in the scenario the researchers considered would come from firestorms that would tear through buildings, vehicles, fuel depots, vegetation, and more. This smoke would rise through the troposphere (the atmospheric zone closest to the ground), and particles would then be deposited in a higher layer called the stratosphere. From there, tiny black-carbon aerosols could spread around the globe.

The fine soot would cause the stratosphere, normally below freezing, to be dozens of degrees warmer than usual for five years. It would take two decades for conditions to return to normal.

This would cause ozone loss "on a scale never observed," the study said. That ozone damage would consequently allow harmful amounts of ultraviolet radiation from the sun to reach the ground, hurting crops and humans, harming ocean plankton, and affecting vulnerable species all over the planet.

But it gets worse: Earth's ecosystems would also be threatened by suddenly colder temperatures. Change in surface temperature (K) for (a) June to August and (b) December to February. Values are five-year seasonal averages.

The fine black soot in the stratosphere would prevent some sun from reaching the ground. The researchers calculated that average temperatures around the world would drop by about 1.5 degrees Celsius over the five years following the nuclear blasts.

In populated areas of North America, Europe, Asia, and the Middle East, changes could be more extreme (as illustrated in the graphic above). Winters there would be about 2.5 degrees colder and summers between 1 and 4 degrees colder, reducing critical growing seasons by 10 to 40 days. Expanded sea ice would also prolong the cooling process, since ice reflects sunlight away.

"It'd be cold and dark and dry on the ground, and that'd affect plants," Robock said. "This is something everybody should be concerned about because of the potential global effects."

The change in ocean temperatures could devastate sea life and fisheries that much of the world relies on for food. Such sudden blows to the food supply and the "ensuing panic" could cause "a global nuclear famine," according to the study's authors.

Temperatures wouldn't return to normal for more than 25 years.

The effects might be much worse than previously thought

Robock is working on new models of nuclear-winter scenarios; his team was awarded a nearly $3 million grant from the Open Philanthropy Project to do so.

Since his earlier modeling work, Robock said, the potential effects of a nuclear conflict between India and Pakistan have gotten worse. That's because India and Pakistan now have more nuclear weapons, and their cities have grown.

"It could be about five times worse than what we've previously calculated," he said.

Because of his intimate knowledge of the potential consequences, Robock advocates the reduction of nuclear arsenals around the world. He said he thinks Russia and the US - which has nearly 7,000 nuclear weapons - are in a unique position to lead the way.

"If President Trump wants the Nobel Peace Prize, he should get rid of land-based missiles, which are on hair-trigger alert, because we don't need them," he added. "That's how he'll get a peace prize - not by saying we have more than anyone else."

Kevin Loria contributed reporting to a previous version of this article. Alex Lockie also contributed to this post.