India lost contact with its moon lander, and an astronomer thinks the spacecraft crashed into the lunar surface 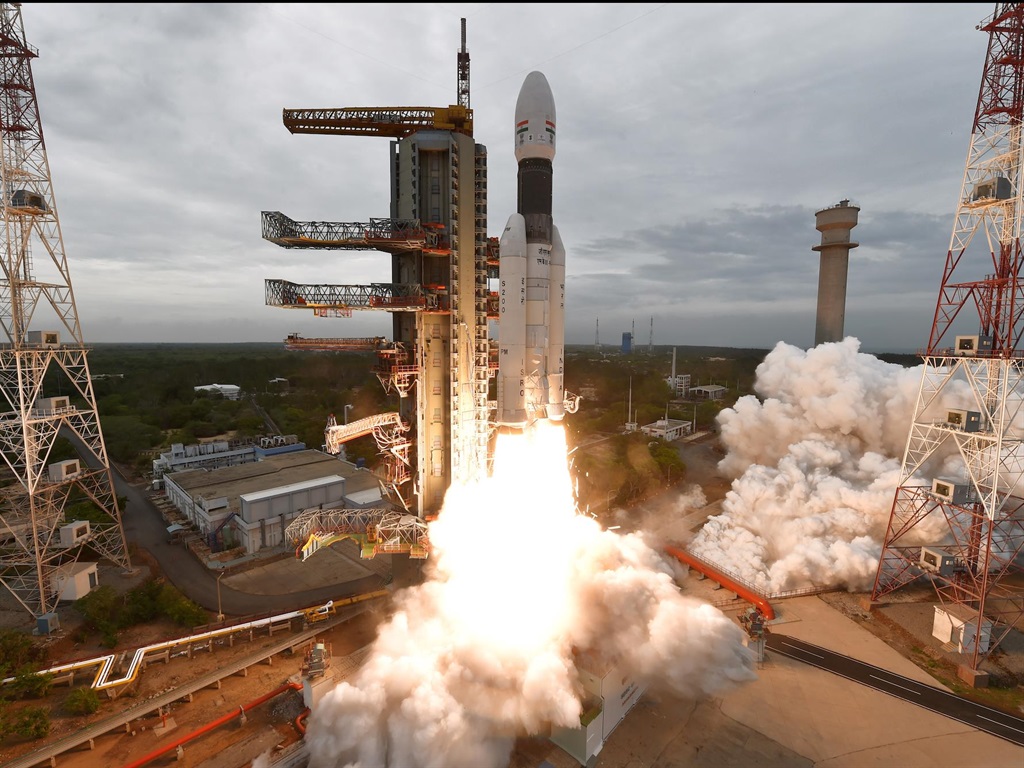 India's moon-bound spacecraft may have crashed into the lunar surface during its descent on Friday, an astronomer said.

Called Vikram, the robot is part of a larger $140 million (R2.07 billion) mission called Chandrayaan-2. Vikram deployed from an orbiting spacecraft earlier in the day to make its descent, and everything was going as planned until about 2.1 kilometers above the surface of the moon's south pole.

At that point, the Vikram lander spacecraft diverged from its expected trajectory. Moments later, spacecraft operators lost contact with its communications systems. Mission control fell silent, and somebody patted India's space-program director, K. Sivan, on the back.

This occurred during a landing phase that Sivan had previously said would be "15 minutes of terror," The New York Times reported. The spacecraft's onboard computers had to complete a series of steps in the right sequence, with no room for error.

Sivan later announced that the landing had been going according to plan until the 1.3-mile mark.

"The data is being analyzed," he said.

Why Vikram has probably crashed into the moon

Screens in mission control, which showed data related to Vikram's landing, do not paint a great picture for the fate of the spacecraft.

The astronomer Cees Bassa, who works with the LOFAR low-frequency radio telescope, was monitoring the spacecraft's descent on Friday when the situation appeared to devolve.

Bassa said in a tweet that the data indicated the lander "has crashed."

"After the rough braking phase the Doppler curve from @radiotelescoop shows some wiggles, and then, at 20:20:01UTC the signals disappeared," Bassa tweeted.

If the spacecraft did crash, it's unclear whether it tumbled to the surface, rockets blazing, or simply went dead and fell.

"Knowledge of the altitude and velocity at the end of the rough braking phase should be able to tell if the loss of signal matches the time it takes to free fall to the surface," Bassa said.

NASA's Lunar Reconnaissance Orbiter has the most powerful camera system for looking down at the moon. But it could take about a month for that team to release a photo of the crash-landing site.

Not the first moon-landing failure this year One of the last photos transmitted by Beresheet, the first private mission to attempt a moon landing. The spacecraft was designed and built by the Israeli nonprofit SpaceIL.
SpaceIL/IAI via YouTube

It's possible that Vikram's loss of signal was a communications glitch. If the spacecraft did stick the landing, India would become the fourth country to make a successful landing on the moon without damaging its spacecraft.

If Vikram failed, however, it'd mark the second time a lunar-landing spacecraft has crashed into the moon this year.

Beresheet, a privately built lunar lander, slammed into the moon's surface in April, apparently because of a software glitch.

India's mission has been relatively low budget compared with many space missions. According to the Indian news website Business Today, the entire mission cost the Indian government the equivalent of $142 million (R2.1 billion). The BBC cited a figure of $145 million (R2.14 billion).