India is battling intense heatwaves that have killed more than 100 people, and experts warn some areas could soon be too hot for humans to survive 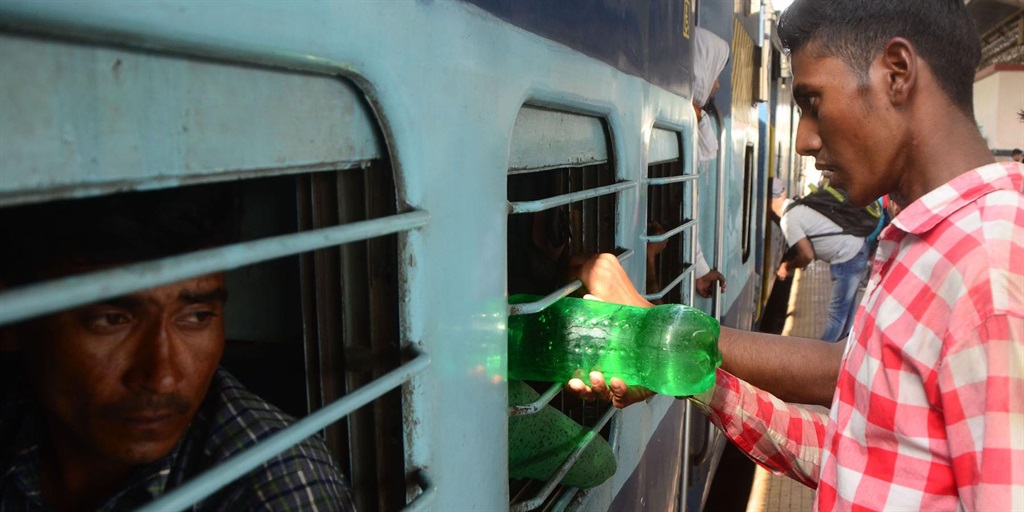 India is dealing with intense heatwaves have killed more than 100 people, and experts warn that parts of the country could become too hot for people to survive.

Parts of India exceeded 50 C in June - three degrees higher than what the Indian Meteorological Department classifies as a "severe" heat wave.

CNN reported that a series of heat wave across the country have killed more than 100 people this summer.

Experts have previously predicted that rising global temperatures could lead parts of India to become too hot for humans to survive by the end of the century. A weather map of India. Red areas show where it is hotter than usual.
Tropical Tidbits

A 2017 study by researchers in MIT found that heat waves could become so hot and humid by 2100 that humans might not be able to survive in parts of the country if climate change continues at its current pace.

The study found that 70% of India's population of over one billion people will be exposed to extreme heat and humidity by 2100.

It said that some parts of the country are "projected to exceed the survivability threshold."

According to CNN, Delhi, the state containing India's capital city, New Delhi, recorded its highest-ever temperature in June, at 48 C. And Bihar, a state in eastern India, closed schools and colleges to deal with the June heat. A devastating drought has pushed the Indian city of Chennai close to running out of water.
Arun Sankara / AFP / Getty

Read more: 12 photos show the extreme drought wrecking havoc in Chennai, India, where one of the biggest cities is almost out of water

The MIT study found that areas of Pakistan and Bangladesh would reach unsurvivable temperatures, affecting more than 1.5 billion people as well as damaging food production.

India signed the 2015 Paris Climate Agreement and has pledged to reduce its greenhouse gas emissions.

Eun Soon from Hong Kong University, who took part in the MIT study, told CNN: "If we continue to produce the greenhouse gases at the current pace, one of the most populous regions in the world will not avoid the high risk of the deadly heat wave, facing an upper limit on human heat tolerance."