3 people in India repainted fire extinguishers to look like oxygen cylinders, sold them to Covid patients 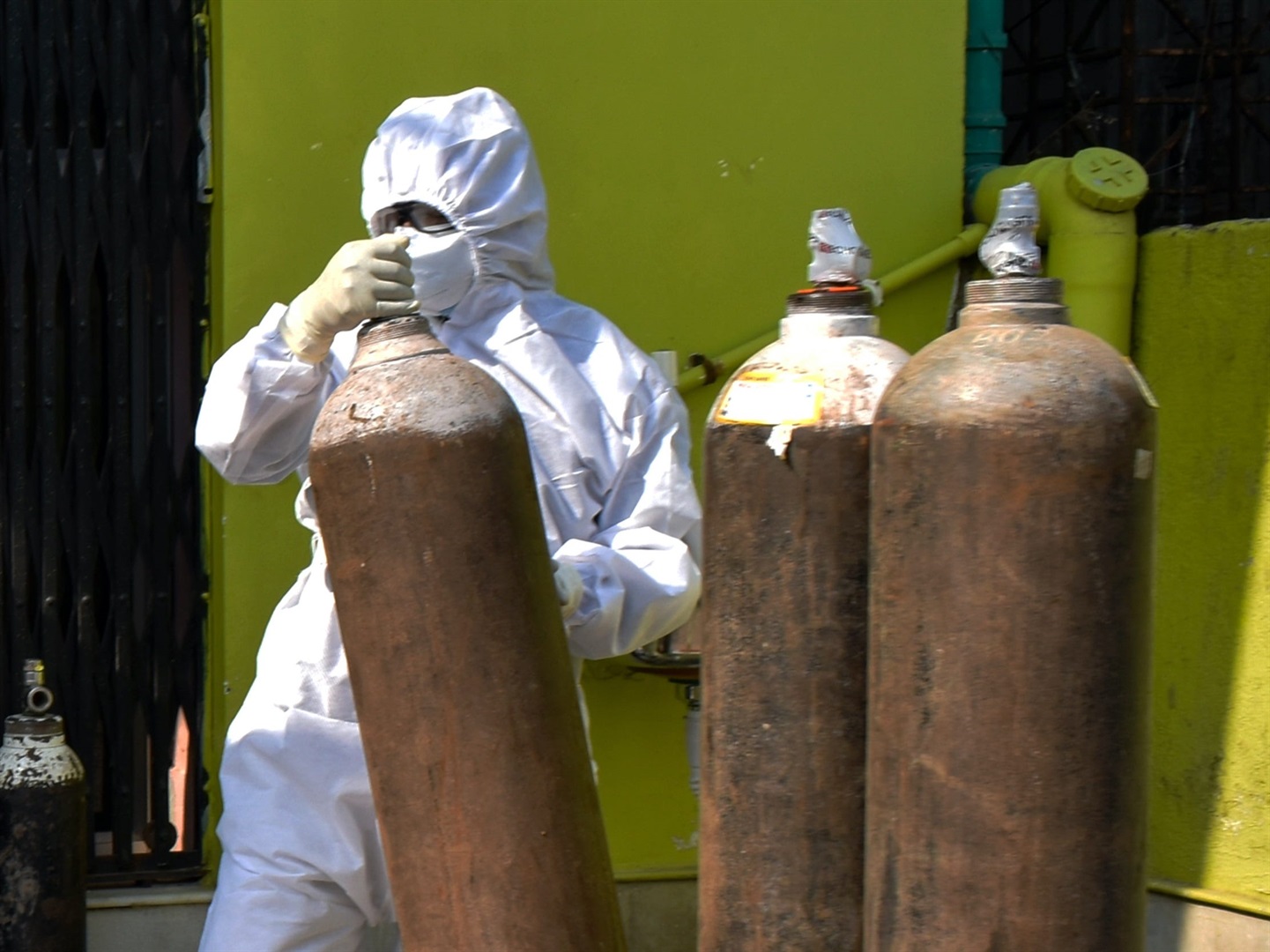 A medical worker carries an oxygen cylinder at a COVID-19 safe home care centre in Kolkata on May 14, 2021.
Sudipta Das/Pacific Press/LightRocket via Getty Images

Police arrested three people in India earlier this month for allegedly repainting fire extinguishers to look like oxygen cylinders and selling them to family members of Covid-19 patients, the Times of India reported.

In a police investigation, the accused scammers admitted they had already sold "many" of the fake canisters for about $180 each, police told the Times of India. As The New York Times reported, fire extinguishers could explode if filled with high-pressure oxygen.

"This guy should be charged with homicide," Mukesh Khanna, a local charity volunteer who filed a police complaint about the scammers, told the Times. "He was playing with lives."

India is facing a severe medical oxygen shortage as it battles a devastating second Covid-19 wave, leaving desperate family members to source their own oxygen canisters for their infected loved ones. Last month, relatives of Covid-19 patients resorted to stealing oxygen cylinders from a hospital. The alleged fire extinguisher scam was discovered after Khanna, who volunteers for an NGO that provides free oxygen cylinders to Covid-19 patients, complained to police that a company called Varsha Engineering in Alipur, in the state of Delhi, was overcharging for oxygen, per the Times of India. Police then raided the business and discovered the scheme, seizing 532 fire extinguishers, spray-paint cans, electric grinders used to remove the red paint from the extinguishers, and about $675 in cash.

In recent weeks, prices of oxygen cylinders in India have shot up to an average of more than $250 in a country where the gross per capita income is $2,210 per year. One man told AFP last month that he paid about $600 for a cylinder. In the US, hospitals can buy oxygen cylinders for about $80, according to The New York Times.

As India battles a deadly second coronavirus wave, virus-related scams are proliferating, according to The New York Times. Police in New Delhi and Uttar Pradesh have arrested more than 370 people in the past month alone on allegations of coronavirus-related scams, per the Times. People have been accused of everything from selling fake vials of remdesivir, a drug used to treat the virus, to stealing used funeral shrouds and reselling them as new.

India reported a record 414,188 new virus cases in a single day on May 6, according to data from Johns Hopkins University. The country of more than 1.2 billion people has reported over 24.6 million total cases and 270,284 deaths. Experts say the actual death toll is likely much higher.