India's 'coffee king' has gone missing and pressure from partners, lenders, and the taxman might be to blame 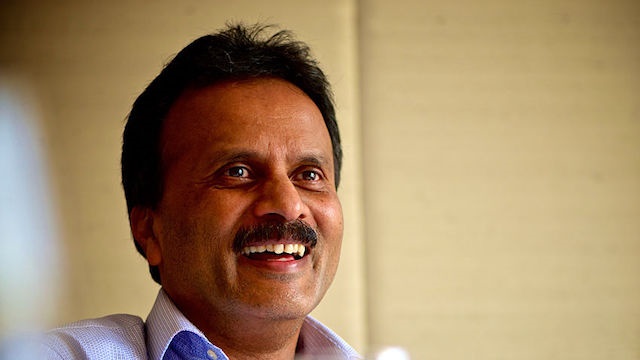 The founder of India's largest coffee chain has gone missing. Mounting pressure from lenders, tax officials, and a private-equity partner could be to blame.

V.G. Siddhartha, who launched Coffee Day in Bangalore in 1996, was last seen on Monday night, according to the Financial Times. The businessman exited his car near a bridge across the Netravathi River in southwestern India, told his driver he was going for a walk, but didn't return. The Indian Coast Guard continue to search the area.

Coffee Day boasts more than 1,700 outlets across India - 10 times the number of Starbucks nationwide, according to Bloomberg. However, it generated just $6 million in pre-tax profits last financial year. Its shares plunged 20% after news broke of Siddhartha's disappearance, wiping $120 million from its market capitalisation.

The company released a letter from its founder, although some reports have questioned its authenticity. In it, Siddhartha said pressure from tax authorities and lenders had caused a "serious liquidity crunch," and a private-equity partner was forcing him to buy back shares. He also apologised for disappointing "all the people who put their trust in me" and said he was "succumbing to the situation."

"I have failed to create the right profitable business model despite my best efforts," he wrote. "I gave it my all but today I gave up as I could not take any more pressure."

Siddhartha, his wife, and companies tied to them controlled about 53% of Coffee Day's equity, the FT said. A division of private-equity titan KKR owns 6% of the company, while Infosys co-founder Nandan Nilekani holds 2.7%.

About 41% of Coffee Day's equity has been pledged as collateral to various lenders, the FT said. The company's debt surged 29% to 65.5 billion rupees ($950 million) in the year to March, Bloomberg said.

Indian tax authorities raided Siddhartha's home, offices, and various business premises in September 2017. They claimed to have found evidence of illegal income, which Siddhartha denied. They also tried to prevent him from selling his 21% stake in software-services firm Mindtree earlier this year, which netted him an estimated $473 million, the FT said.