10 of the most important medical discoveries of 2018 Every year, researchers quietly pave the way for the advancement of medicine, and 2018 was no exception. Over the past 12 months, professionals in the medical realm worked tirelessly to combat dangers such as cancer and cardiovascular disease and bring treatment to those suffering from various mental illnesses.

Here are 10 major medical breakthroughs of 2018 that have changed the face of medicine forever.

In January 2018, researchers at Stanford University announced in a press release that they were recruiting lymphoma patients in a clinical trial to test a potential cancer vaccine. The news came after the researchers successfully eliminated tumours in mice.

The team of researchers found that injecting "minute amounts of two immune-stimulating agents directly into solid tumours in mice can eliminate all traces of cancer in the animals, including distant, untreated metastases."

Specifically, by injecting one tumour site with the two agents 87 of 90 mice were cured of the cancer. Although the cancer recurred in three of the mice, the tumours again regressed after a second treatment.

The hope is that a vaccine of the sort would be both affordable and eliminate the need for cancer treatments that attack the immune system and result in adverse side effects.

"I don't think there's a limit to the type of tumour we could potentially treat, as long as it has been infiltrated by the immune system," Ronald Levy, MD, professor of oncology, and the senior author of the study said in the press release. In April 2018, Jérôme Hamon, 43, of France, became the first person in the world to receive two face transplants.

The man, who suffers from neurofibromatosis type 1, a genetic disorder that caused benign, disfiguring tumours to grow on his face, initially underwent a face transplant in 2010 but his body began to reject the new face in 2016. He lived two months without a face before French surgeons led by Laurent Lantieri, the same doctor who oversaw Hamon's first transplant, gave Hamon a new face.

The successful landmark surgery proved that re-transplantation is a possibility. Considering about 610,000 people die ofheart disease in the United States every year (1 in every 4 deaths) it's no surprise that when, in September, biopharmaceutical company, Biotech Amarin, announced that its medicine, Vascepa, was found to reduce the risk of cardiovascular disease in patients by 25%, people rejoiced.

Though the drug, which has only one active ingredient, icosapent ethyl, was approved by the FDA in 2015 to treat people with high levels of triglycerides, a type of fat found in blood, it wasn't until 2018 that this level of success was measured.

"This is absolutely the most significant study in the field of cardiovascular risk reduction since the statins were introduced," said Dr. Matthew Budoff, a cardiologist at UCLA and a Vascepa study investigator. 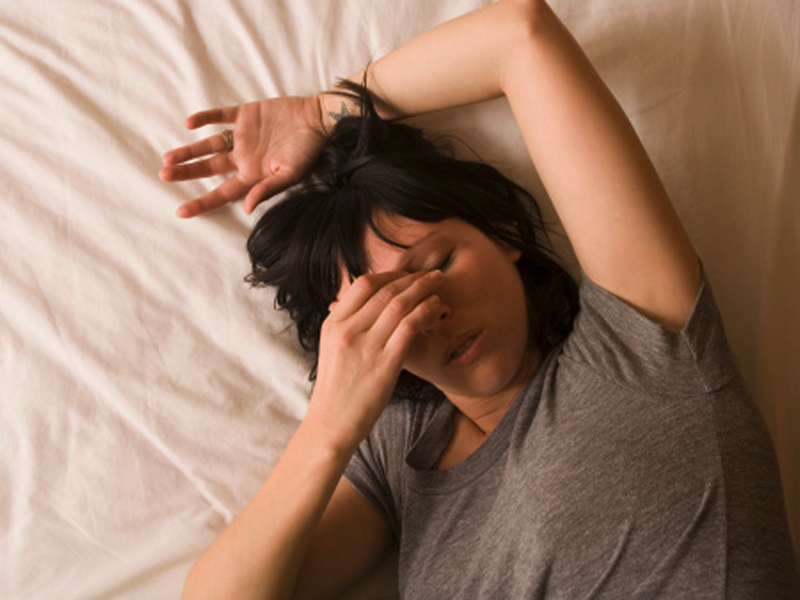 In May of this year, however, the Food and Drug Administration (FDA) announced the approval of Aimovig, a preventive treatment for migraines. The treatment is administered once a month via injection and is the first drug approved that works "by blocking the activity of calcitonin gene-related peptide, a molecule that is involved in migraine attacks."

The effectiveness of Aimovig for the preventive treatment of migraines was evaluated in three clinical trials and was found to reduce the frequency of patients' migraines in each study.

The pill in question, called dimethandrolone undecanoate or DMAU, works similar to women's birth control by combining a male hormone, like testosterone, and a progestin. Taken once a day, the pill was found to be safe - despite patient's experiencing weight gain and decreases in HDL ("good") cholesterol - halt sperm production, and reduce testosterone production.

"These promising results are unprecedented in the development of a prototype male pill," Stephanie Page, M.D., Ph.D., professor of medicine at the University of Washington, said.

The gel, applied to the back and shoulders once daily, contains a combination of a progestin compound and testosterone that is absorbed through the skin.

Although this is a huge step in terms of medical advancements, some expressed frustration that it's more convenient than some current birth control options for women.

Ketamine, the 'party drug' of the '60s, might help treat depression. Ketamine, a drug previously known as a "party drug," may be the first new depression drug in 30 years.

Johnson & Johnson, one of the pharmaceutical companies pursuing the drug's potential antidepressant qualities, presented some promising new research in May 2018.

Their version of ketamine is a nasal spray made with a compound called esketamine, the chemical mirror image of ketamine.

In the drug's clinical trial, researchers had 236 adults with treatment-resistant depression take a traditional antidepressant for four weeks alongside a nasal spray - only half of them got a spray with the drug in it while the other half got a placebo.

The results found that people who got the real spray saw significantly better improvements in their depressive symptoms than those who got the placebo, over the course of 28 days.

Johnson & Johnson isn't the only pharmaceutical company pursuing the drug as a potential treatment for depression. Allergan, the company known for Botox, for example, recently conducted studies on a depression drug called Rapastinel, which works on the same brain pathway as ketamine.

One of the frustrating components of living with diabetes is the finger pricking or burdensome monitors necessary to consistently track blood glucose levels.

In an attempt to reduce the inconvenience for diabetes patients, a team of researchers at the Ulsan National Institute of Science and Technology in South Korea developed a new contact lens capable of detecting glucose levels in patients with diabetes.

According to the press release, the smart lens has built-in pliable, transparent electronics that use tears to monitor glucose levels.

"These smart contact lenses are made of transparent nanomaterials and therefore do not obstruct the wearer's view," said Jihun Park in the Combined M.S./Ph.D. of Materials Science and Engineering, the first author of the study. "Besides, because the system uses a wireless antenna to read sensor information, no separate power source, like battery is required for the smart contact lens sensors."

So far, the lenses have only been tested on live rabbits, not humans.

PARP inhibitors present a breakthrough in treatments for breast and ovarian cancers.

PARP, poly-ADP ribose polymerase, is a protein found in our cells that help damaged DNA cells repair themselves. PARP inhibitors represent a new class of drugs that may aid in treating and preventing the progression of breast and ovarian cancers.

The success of the drugs capitalises on the very nature of PARP. The drugs inhibit the protein from doing its repair work in cancer cells and the cell dies.

In October, one such drug, Lynparza from AstraZeneca, was found to greatly reduce the risk of ovarian cancer. A clinical trial found that when given in conjunction with chemotherapy, Lynparza halted or reversed tumour growth in 60% of patients three years into the trial as opposed to 27% who were given chemotherapy only.

The drug is approved for advanced ovarian cancer and metastatic breast cancer and has been used in over 20,000 patients worldwide.

Deep brain stimulation (DBS) presents a breakthrough for patients paralysed from a stroke. A tragic component of strokes is their potential to leave their victims paralysed. Cleveland Clinic researchers sought to address this problem using deep brain stimulation (DBS). Andre Machado, MD, Ph.D., and Kenneth Baker, Ph.D. tested DBS on a 59-year-old woman who experienced hemiparesis after having an ischemic stroke.

The researchers saw significant improvement in her motor functions five months after she had a DBS electrode surgically implanted in her cerebellum.

In May the team was awarded $2.2 million from the National Institutes of Health to further research the benefits of DBS in stroke patients.

"If this research succeeds, it will offer new hope for patients who have suffered a stroke and remained paralysed," said Machado. "It's an opportunity to allow patients to rehabilitate and gain function - and thereby gain independence."

For the first time, a baby was born via a uterus transplant from a deceased donor.

In the case report, published in the Lancet, a 32-year-old woman with congenital uterine absence (Mayer-Rokitansky-Küster-Hauser syndrome) underwent uterine transplantation in Hospital das Clínicas, University of São Paulo, Brazil, from a donor who died of subarachnoid haemorrhage, bleeding in the space between the brain and the tissue covering the brain.

Doctors transferred an embryo made via in-vitro fertilisation from the woman's egg and her husband's sperm into her womb just seven months after the transplantation.

The woman's pregnancy was normal, and doctors performed a Caesarean section on December 15, 2017, after about 36 weeks.

The success of the transplant opens doors to people who are unable to get pregnant due to uterine factors.