A small US town is offering people R70,000 to move there, to fill jobs Quincy has a population of around 40,000.
Quincy's Calling

A town in Illinois in the USA suffering from a huge labor shortage is offering people up $5,000 – the equivalent of R70,000 –  to move there.

"I don't know that you could find a business in our community ... that doesn't have a 'help wanted' sign in the front door," Troup said. "There's a tremendous need [for workers]." Quincy Mayor Mike Troup was born and raised in the town.
Quincy's Calling

Troup, who was born and raised in the town, said the local economy was strong but that as businesses expanded, "we just haven't grown the population base" to fill their roles.

Illinois had the third-largest population drop in the 2020 US Census, behind just Puerto Rico and West Virginia.

Troup said that businesses in Quincy offered competitive wages, but that the costs of relocating may still be putting people off from getting jobs in the area.

Quincy's mayor said that the town has more than 1,000 acres of parks.
Quincy's Calling

So the town's council approved the Quincy Workforce Relocation Assistance Program (Q-WRAP) in August. People who move to Quincy from outside of Adams County and get jobs within the county can get a property tax rebate of up to $5,000 following one year of residency and employment in Quincy, or a rental rebate of up to $3,500 after six months of residency.

Remote workers who relocate to Quincy are also eligible, too.

During its pilot, Q-WRAP will be awarded to the first 25 eligible applicants on a first-come, first-served basis. The town is also giving $250 in restaurant vouchers to local residents who successfully encourage people to relocate to Quincy. 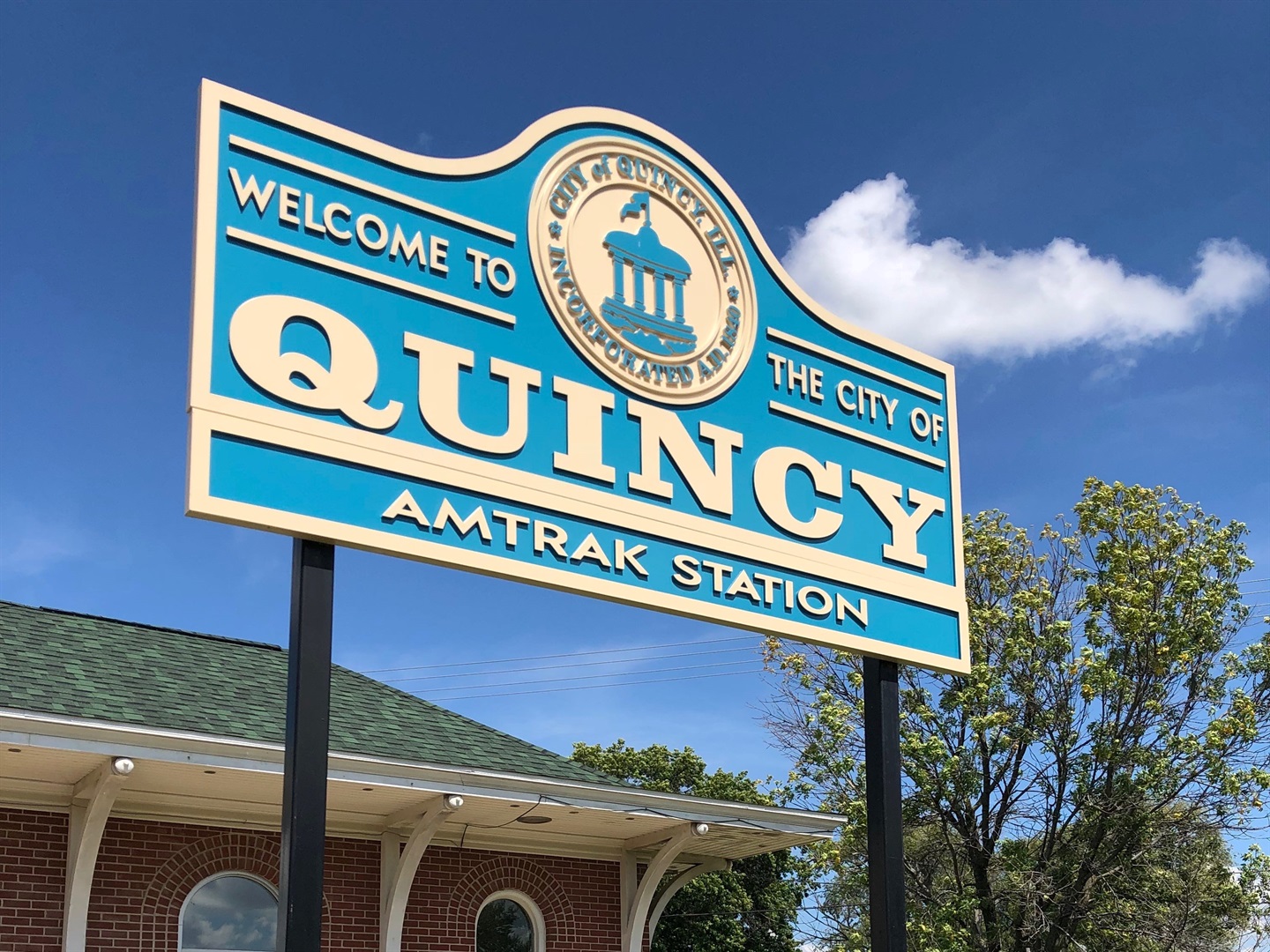 Quincy is around 100 miles from St Louis.
Quincy's Calling

The US areas of Vermont and Tulsa, Oklahoma, are also offering financial incentives to people who relocate.

Discussing who he thought would apply for Q-WRAP, Troup said: "We love them all. We're not picky."

He added that he expected interest from people who were "tired" of living in larger metropolitan areas. The town has more than 1,000 acres of parks, a public gold course, and rivers and lakes popular for boating, Troup said. The town also attracts hunters who chase its deer, ducks, and quails, he added.

Troup said that Quincy had five new elementary schools which were all "state of the art," as well as a high school, a community college, and a four-year liberal-arts school. Ricci Dula and his wife Kristina moved to Quincy in 2019.
Quincy's Calling

Ricci Dula moved to Quincy from Redlands, California in February 2019 to start a new role as CEO of the Boy Scouts of America's Mississippi Valley Council.

Dula told Insider that he'd never been to Quincy before moving there, but he had read online that it had a good reputation for family life.

Dula said that almost everything seemed cheaper in Quincy. He said he'd been able to afford a much bigger house than he'd had in Redlands. Petrol was cheaper, he added.

Life in Quincy was much slower and the people were "kinder, nicer, more approachable," he said. Duca relocated to Quincy with his wife and two children, and said that the town was safer, the school bus system was better, and recreation activities for children, like sports leagues, were cheaper. "I don't have to worry about rush hour traffic any longer or ... schedule any meetings around traffic," he said. "I have to schedule my time around tractors, but that's a whole different story."