A house made of plastic bottles can withstand winds twice as strong as a Category-5 hurricane. Take a look inside. 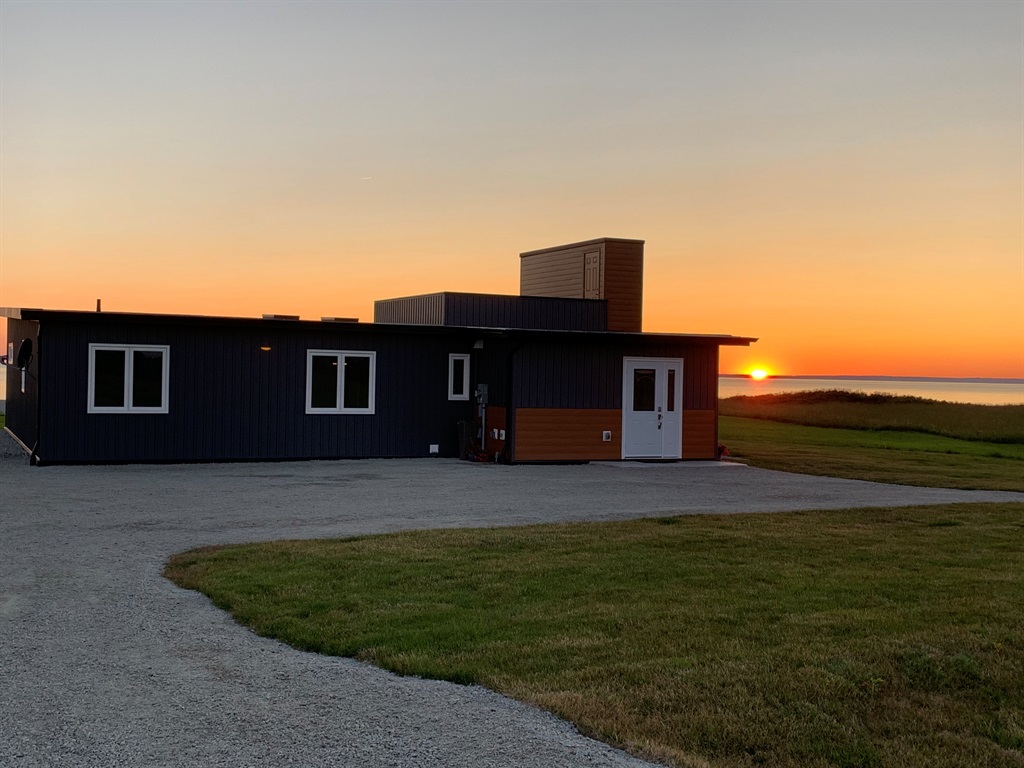 The hurricane-proof home was made with more than 600,000 plastic bottles.
JD Composites Inc.

Take a look inside the sleek (but sound) structure.

It took more than 600,000 plastic bottles to construct the home's panelled walls. The bottles were shredded, melted, then injected with a gas that turned them into foam. That foam was then moulded into panels, which formed the walls of the home.

The plastic bottles were rejected by the recycling industry. As recycling becomes more expensive for local governments, many cities have resorted to disposing of recyclable goods in landfills. Batches of recycling that carry non-recyclable items like greasy pizza boxes or yogurt cups can also be discarded as trash.

The panels took only 7 hours to build, but they're sturdier than most. The home contains 170 panels in total, which are bonded together with chemicals instead of traditional nails and shingles, which can come loose during a hurricane.

The home costs either the same as, or about 10% higher than, a conventional structure of the same size. "We had a lot of learning curves, so profit margins will be minimal," said Joel German, the company's vice president. "But we will gain in knowledge from this first build."

CBC reported that the final cost, including furnishings, was less than R5.5 million.

"We know where we can cut costs down," said German.

Since plastic is so durable, the panels can withstand winds twice as strong as a Category-5 hurricane. JD Composites tested the panels at a certification facility, where the walls successfully endured 520km/h winds. Winds for a Category-5 hurricane start at 250km per hour.

But the windows still need to be storm-proofed. The home comes with glazed windows, which the US Federal Emergency Management Agency has described as "very vulnerable to damage from wind forces and windborne debris."

In the event of a hurricane, the consequence of a broken window can be grave: It causes air pressure to rise and the house to blow apart from the inside.