An image of the NGC 2835 "Eye of the Serpent" galaxy, taken by the Hubble Space Telescope and released September 14, 2020.
ESA/Hubble & NASA, J. Lee, and the PHANGS-HST Team/Acknowledgement: Judy Schmidt (Geckzilla)

Its distinct arms, where stars and gas are compressed, create the illusion of an eye — which is why astronomers call it the "Eye of the Serpent."

The Hubble Space Telescope recently snapped a photo of the galaxy, officially named NGC 2835; NASA and the European Space Agency (ESA) released the image this week.

The Eye of the Serpent is located near the Hydra constellation, the largest constellation in our view of the night sky. Although it's too dim to be seen with the naked eye, it can be spotted using any telescope with an aperture 15cm or wider.

The galaxy is a little more than half as wide as our own Milky Way, which is also spiral galaxy. At its heart is a supermassive black hole with a mass millions of times greater than the sun.

The flecks of bright blue in the Hubble photograph reflect nearly ultraviolet light. Such light indicates recent or ongoing star formation inside the galaxy. 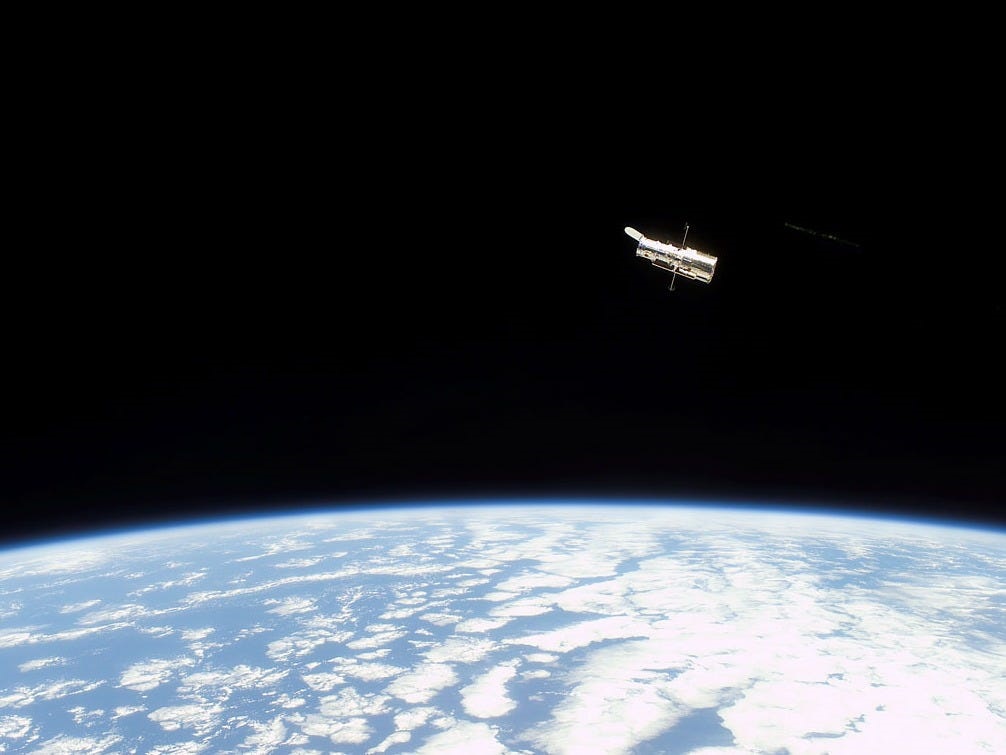 In the coming decade, NASA plans to launch two other space telescopes — named after NASA pioneers James Webb and Nancy Grace Roman — that can image more of our universe in even greater detail.

In July, NASA released a Hubble photograph of another distant galaxy. That galaxy, called NGC 2775, is about twice as far from Earth as "Eye of the Serpent" — 67 million light-years away.

NGC 2775 doesn't seem to be forming stars anymore. Astronomers can tell that's the case because of the relatively empty, clear bulge at the galaxy's center. The arms spinning around this galaxy's center are "flocculent" — meaning fluffy and feathery-looking — due to dark lines of dust and puffs of gas clouds.

Millions of young stars shine bright blue through the haze.