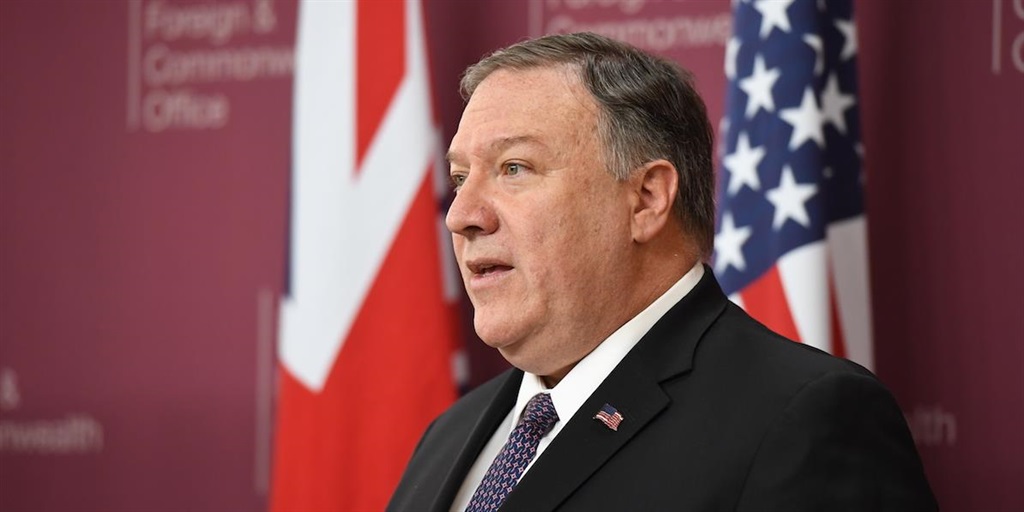 The durability of the so-called special relationship between the United States and the United Kingdom will be tested on Wednesday when US Secretary of State Mike Pompeo visits London for crunch meetings with his UK counterparts - with Huawei top of the agenda.

The UK - historically the closest ally of the US - went ahead with the deal with Huawei despite strong public warnings from Pompeo and others in Trump's administration about the potential security threat of doing so.

Pompeo last week warned Johnson that he faced a "momentous" decision in how to handle the Chinese company.

He is set to meet with UK Foreign Secretary Dominic Raab today, before meeting Johnson on Thursday.

Pompeo will bring word of Washington's fury to London

Following news of Johnson's decision on Tuesday, British politics waited with bated breath for President Trump to tweet his fury. However, while Trump wrote nearly 20 tweets on Tuesday, not one was about the UK or Huawei.

The way Johnson's spokesperson described his Tuesday afternoon call with Trump did not suggest that their conversation had not been a heated exchange.

"The Prime Minister spoke to President Trump this afternoon and updated him on the outcome of the UK's telecoms supply chain review.

"The Prime Minister underlined the importance of like-minded countries working together to diversify the market and break the dominance of a small number of companies," they said in their summary of a low-key-sounding call.

However, the strength of negative feeling in Washington became clear within hours of Johnson's decision.

Republican senator Tom Cotton said it was "deeply disappointing for American supporters of the special relationship" and compared the Huawei deal to "allowing the KGB to build its telephone network during the Cold War."

But it was not just Republicans lining up to berate Britain. Democrat Ruben Gallago said: "Our intelligence sharing capability is going to be compromised by this penny-pinching action."

In an indication of just how badly this has gone down across the Atlantic, Newt Gingrich, the former Speaker of the United States House of Representatives, said the UK decision represented "the biggest strategic defeat for the US since the early days of World War Two."

He added: "I think people have got to wake up and understand that this is a huge failure of our government and bureaucracies to respond to a challenge we've seen coming."

On Huawei, the US has friends in Johnson's Conservative party One point you can expect Pompeo to put to his UK government counterparts is that strong opposition to Johnson's decision isn't confined to officials in the Trump administration or politicians in Washington.

A number of MPs in Johnson's Conservative party on Tuesday expressed their concern about the decision - or in some cases, staunch opposition to it - during a House of Commons debate on ths subject.

David Davis, a former UK senior government minister, said the only way to protect UK safety from the potential threat posed by Huawei was to "ban it" altogether.

Tom Tugendhat, who Pompeo quoted in a tweet urging Johnson against a deal with Huawei over the weekend, said the UK government's decision "leaves many concerns and does not close the UK's networks to a frequently malign international actor."

Tugendhat an influential MP who is likely to be the next chair of the House of Commons Foreign Affairs Committee.

Johnson's government has surprised by the scale of the backlash from the Conservative party, according to reports.