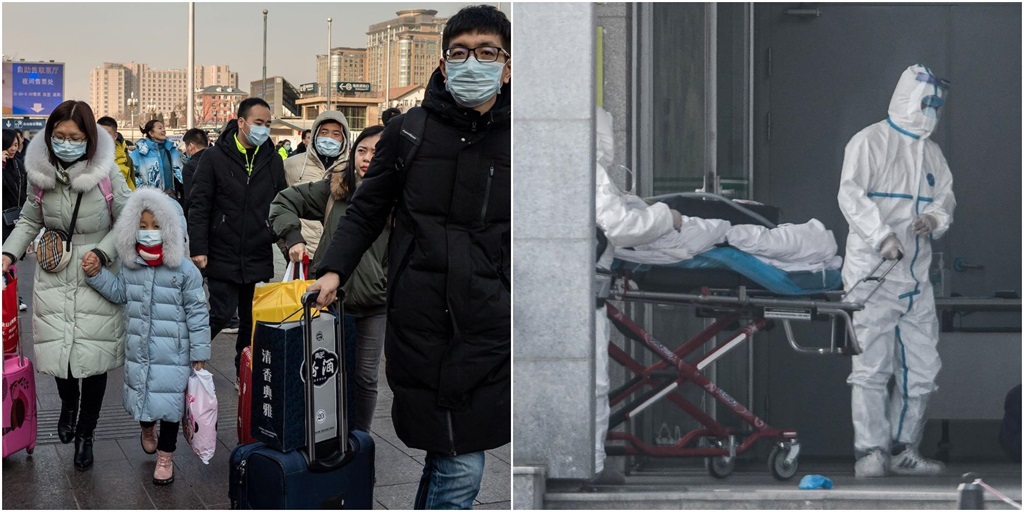 People wearing masks to take precautions against the virus (left) and medics at a Hospital where the deadly Wuhan virus is being treated.
Getty

Since December 31, the Wuhan coronavirus has killed at least 259 people and infected more than 11,000 across 24 countries, including the US.

The outbreak isn't currently considered a pandemic, despite its rapid spread. The World Health Organisation (WHO) did, however, declare it a global public-health emergency on Thursday.

Here's how the Wuhan outbreak compares to other major virus outbreaks in the last 50 years. So far, the coronavirus has the lowest fatality rate. The chart above does not include mosquito-borne viruses like Zika, malaria, and Dengue fever.

All of these diseases jumped from animals to people

According to experts, the new coronavirus likely originated in bats. More than 75% of emerging diseases originate in animals; these are called zoonotic diseases, meaning they can jump from animals to people. At least 10 outbreaks in the last century have spilled over to humans from mammals like bats, birds, and pigs.

The H7N9 and H5N9 bird flus, meanwhile, jumped from infected poultry to people in Chinese markets, together killing more than 1,000 people. A Chinese poultry seller waits for customers behind freshly slaughtered chickens on sale at a wet market in Beijing, July 3, 2007.
Teh Eng Koon/AFP/Getty

The 2009-2010 swine flu pandemic (also known as H1N1) started, of course, in pigs. It killed at least 284,500 people in a global pandemic that spread to 214 countries, overseas territories, and communities in less than a year, according to the WHO.

While the WHO and the Centers for Disease Control and Prevention (CDC) stopped tracking H1N1 total case numbers mid-way through the pandemic, a 2011 study reported that between 11% and 21% of the world's population had contracted the virus. In 2010, the global population was 6.93 billion.

According to experts, diseases will continue to spill over from animals to humans as the global population grows. The more people there are on Earth, the more our species moves into wild habitats and encounters creatures that harbor viruses.

"Infectious diseases will continue to emerge and re-emerge. I think it's part of the world we live in now," Eric Toner, a senior scientist at the Johns Hopkins Center for Health Security, previously told Business Insider. "We're in an age of epidemics because of globalization, because of encroachment on wild environments."

Read more about the Wuhan coronavirus:

Correction: A previous version of the chart in this article incorrectly reported the case-fatality rate of H1N1. It is 0.02%.