Broke your iPhone? Don't worry — you can probably still recover your photos, even if Apple isn't able to help It can still be possible to retrieve the photos stored inside a broken iPhone even if Apple says it can't help, according to an interview by Canadian public broadcast service CBC with Jessa Jones, owner of tech repair shop iPadRehab outside of Rochester, New York.

The most common answer that Apple gives to iPhone users is "there is no way to get your pictures from your iPhone if it won't turn on," Jones told CBC. But, having recovered photos from broken iPhones herself, Jones said "it's absolutely not true."

Jones said that most water-related iPhone damage is recoverable, "about 95%," she said.

Check out what you can do to retrieve your photos from your broken iPhone:

The first thing you should do is ask Apple. An Apple employee at an Apple store may be able to retrieve your photos depending on how damaged the iPhone is. But if your iPhone doesn't turn on, Apple isn't likely to be much help.

You might even be told by Apple that it's impossible to retrieve your photos if your iPhone doesn't turn on, but there are still other avenues to explore.

If your iPhone doesn't turn on, your best bet for retrieving photos that aren't backed up to the cloud is to contact third-party tech repair shops to see if they can help.

It should go without saying that you should look for a trusted and reputable tech repair shop. A good criteria to look for is whether or not the repair shop charges you if the repair or retrieval is unsuccessful.

Jones says she charges $300 for photo recovery, but only if she's able to retrieve the photos. If not, you don't pay.

During your search, you'll likely run into "authorised" Apple repair shops, which are third-party shops supported by Apple. As they're Apple-supported, authorised repair shops will likely tell you the same thing that Apple tells you.

What Jones did to retrieve photos from a broken iPhone In a separate video from CBC, Jones explained how she retrieved the photos from a Newfoundland couple's iPhone that had suffered water damage.

Jones simply made the broken iPhone functional again - or at least functional enough to retrieve the photos - by replacing water-damaged parts.

Once the iPhone could turn on, the iPhone functioned as it normally did before suffering water damage, and the photos could be extracted from the iPhone.

If Jones couldn't repair the iPhone itself to turn on and function normally, it would have been unlikely that the photos could have been retrieved. A quick search through Apple's support forum revealed that data on iPhones - like photos - are encrypted, and can't be extracted from an iPhone's storage without the iPhone being functional to decrypt the data.

You can see the full video of how Jones was able to retrieve the photos below:

How to avoid losing your photos in the first place 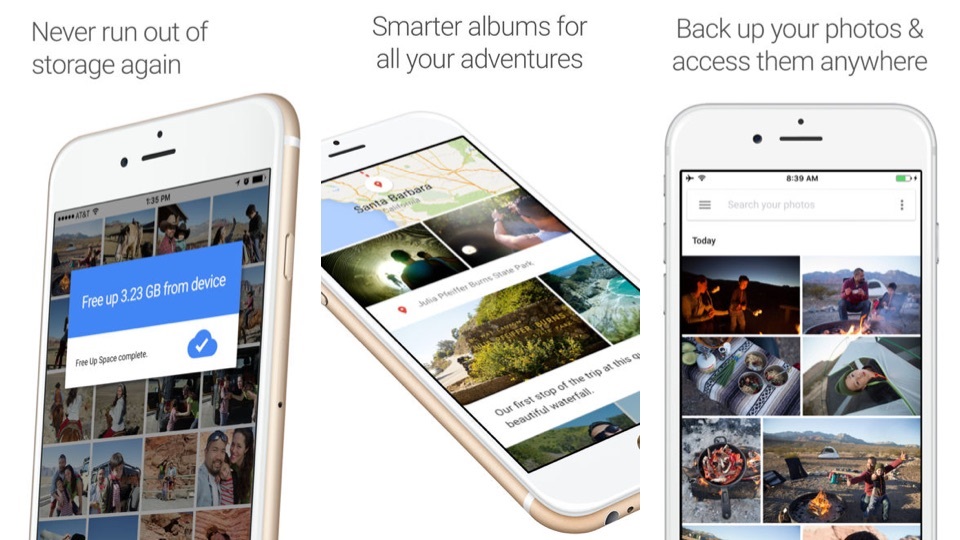 Google Photos is the easiest and cheapest way to backup all your photos and videos. It gives you an unlimited amount of cloud storage for photos and videos, which can automatically upload from iPhones to Google's Photos cloud.

Check out CBC's full video about retrieving photos from a broken iPhone: